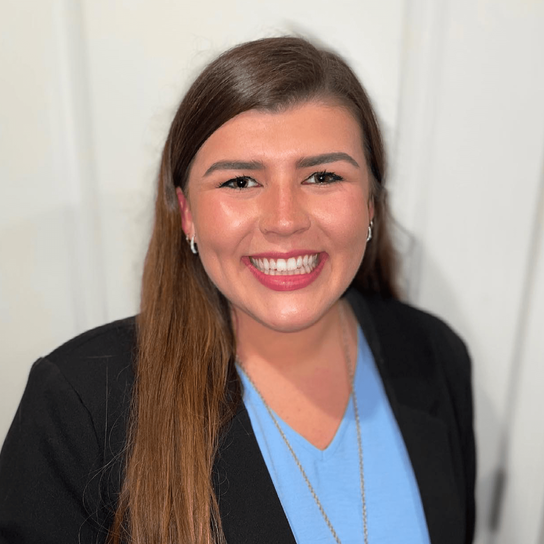 For the Parents and Patrons of the Fulton School District

For the Parents and Patrons of the Fulton School District

Society appears to be changing at a rapid pace in all areas globally, in Missouri and in Fulton. Any social change also affects your school system. The past few years our classrooms have become more challenging in reference to student needs. Your School Counselors and faculty are continually striving for methods to service kids arriving at school with a variety of home/community issues that affect the students’ ability to focus on academic success. Hence, when offered the opportunity to participate in a Missouri Foundation for Health grant, titled “Shared Service for Mental Health Assessment, Counseling and Consulting in the School Setting” partnering with the Missouri School Boards’ Association and the University of Missouri, we elected to participate which received Board of Education approval January 14, 2015.

Goals of the program are:

3. Improve identification, referral, and treatment of students in need of mental health services within tiered systems of support.

A local steering committee is working to develop the actual support plan which will include enhancing FPS staff ability to work with unique student situations and strategies to help families connect with community services. December 18, 2015, district Professional Development will focus on mental health grant initiatives and continue working with faculty to enhance their understanding of the initiative and help for kids.

As previously indicated we are in the early stages of the process. A question and answer sheet is posted on the FPS website under Mental Health Grant. Additional information will be forthcoming later this school year. As noted in the posted Q&A, secondary students, if parents choose, may participate in a written screening instrument. Again, parents will be notified of the opportunity and may select your student’s level of participation.

The grant is at no cost to FPS and will end at the close of the 2017-2018 School Year. We believe this grant is a great opportunity to provide strategies to meet the mental health needs of students and families and the strategies learned through this process will help the FPS staff address student challenges we see in our schools today.

On Wednesday, October 14, the Roger D. Davis gymnasium was filled with students, parents, family, and friends. They gathered to recognize over 300 students who scored in the highest level on the MAP (Missouri Assessment Program) test that was taken last spring.

The Missouri Learning Standards define the knowledge and skills students need at each grade level and course for success in college, other post-secondary training and careers. Missouri has regularly updated its academic expectations to help students prepare for life after high school graduation whether they are entering the workforce, the military or pursuing a degree or certificate.

Congratulations to these students and this honorable achievement!

Fulton Fall Homecoming with the theme, Hornet Hawaiian Luau, was nothing short of phenomenal. “This year's homecoming was the best I have seen in my four years at FHS,” Fulton Principal Chris Mincher comments. It was evident not only to students, but to the community that something was unique.

The morale was high as students participated in events all week. On Wednesday of Homecoming week, there was a movie night on the baseball field where the film “Lilo and Stitch,” was projected. This was the second year for this event and the attendance soared to over 180 people. The following evening, over 200 students gathered in the parking lot at FHS for a bonfire and a car bash. This event was so much fun and an opportunity for the student body to elevate school spirit and encourage the football players for the game the next day. The Friday of Homecoming was full of school spirit as the school dressed in black and gold and Hawaiian clothes. The high school day ended with a pep assembly that was full of spirit and fun including dances, the band, and class competitions.

The Homecoming Parade took place Friday afternoon on Court Street where members of the community gathered to watch as Fulton High School teacher, Diane Pope, led the parade as Grand Marshal. Many participated in the parade and it was a wondrous sight as the floats exceeded expectations. Each class entered a float and all were creative. Seniors took the crown for the float building contest.

The kickoff for Friday Night Football was at 7 p.m. and the stadium was packed to cheer on the Hornets to a victory against Boonville. At half-time, the Grand Marshal was recognized along with the King and Queen candidates: Maddie Dreste, Hillary Fry, Madi Tobias, Rylea Troesser, Clayton Bristol, John Burch, Trenton Clines, and Travis Dean. John Burch was crowned as Homecoming King and Madi Tobias as Homecoming Queen. The stands cheered on their Hornets in anticipation of victory as the final seconds counted down. Homecoming did not cease there.

Saturday night the Homecoming Dance took place at FHS where nearly 370 students, clothed in beach attire, set a record for Homecoming Dance attendance. It was the students' spirit that was vital to the success of this year’s homecoming. As FHS Senior Melanie Holsman stated, “My favorite part about this Homecoming was the spirit. Our school really gave it their all and went all out. Everyone was hyped.” The participation and spirit reached further than the student body, with the community's enthusiasm being just as great.

All the involvement, enthusiasm, and spirit aided Fulton to mold this year’s homecoming into an extraordinary event. Fulton stepped up their game and helped this homecoming set a new standard for future homecomings to attain. 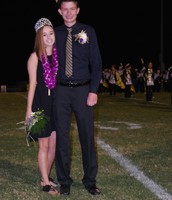 www.fultonsun.com
Fulton High School is one of six schools chosen this year to participate in the 2015 Constitution Project, and the regional competition begins the week of October 19. 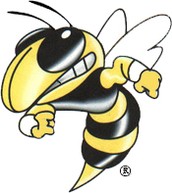