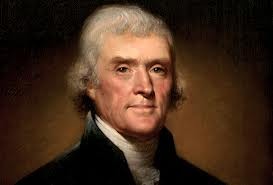 2. John Adams had already served 1 term as President and who wants another 4 years of that? His plan only supports big business men who own busniness men. Hes also a federalist which means that he belives in a powerful few to rule the government and a national bank.

3. You should also vote for jefferson because he is better suited for presidecy because he was the secretary of state during washingtons presidency and those 8 years were great I would be able to trust him in any decision.