Kyana is using Smore newsletters to spread the word online.

Get email updates from Kyana:

Checks & Balances is a constitutional system that the government devised to maintain equal power between the three branches of government (Legislative, Executive, & Judicial). The Executive Branch is the second branch of government. It's job is to carry out or execute the laws that the Legislative Branch makes.

Who Is Apart of the Executive Branch?

The Executive Branch is made up of the president and other departments that help run the government; the cabinet and the vice president. The cabinet is a group of the highest ranking of the federal gov't who are part of national decisions appointed by the president himself. But they have to be approved by the Senate to be considered official Cabinet members. 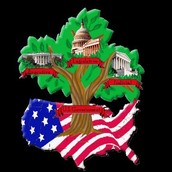 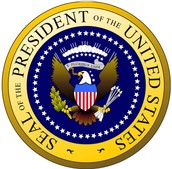 Why Do We Need The Executive Branch?

The executive branch is a vital part of the US Government. All three branches work in harmony to lead our country in the right direction. The Judicial is all of the courts that deal with the highest and most serious of crimes, the legislative makes laws, and the executive executes the laws as well as makes sure they are all being followed.

Kyana is using Smore newsletters to spread the word online.