Welcome to our second edition

Here we are, already at the end of our first term of business at Octavo. It has been an incredibly busy term and we're grateful to have had your support along the way. There are a number of local successes to reflect on this term and just as much to look forward to when we return in September.

Our jam-packed July edition has updates on:

On Tuesday 9th June Croydon Dyslexia Association held a performance poetry evening at Croydon library involving children from the Literacy Centre. The children performed their own poems or chose particular favourites to read alongside local rapper and poet Loyle Carner, before he embarked on his tour of Summer festivals.

It was a wonderful evening, with the children from the Literacy Centre entertaining friends and family with a delightful array of funny, whimsical and some thought provoking themes before Loyle Carner, who is dyslexic himself, performed some of his own works, interspersed with inspirational words before a captivated audience. We look forward to Loyle’s visit to the Literacy Centre.

Croydon Dyslexia Association and the Library Service have always been great advocates for the work of the Literacy Centre and we'd like to thank them for their continuing support. 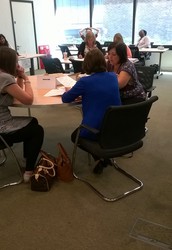 On Thursday 11th June the Community Space at Bernard Weatherill House hosted this annual event which provides a forum for Croydon primary and secondary schools to share key information to promote a successful transition from Year 6 to Year 7. This event was organised by Croydon Council Inclusion and SEN team with support from key members of the Octavo Partnership.

Over 40 primary schools and all but one of our Croydon secondary schools attended, with an out of borough secondary school also participating. The event provided the opportunity to meet with a range of other key agencies and services that provide additional support and social activities for pupils with SEND and other needs.

The session was a great success sparking high demand for next year’s event, plans for which are underway. Thank you to all who attended! 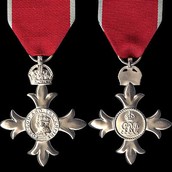 This month we'd like to give special mention to Chris Cook from the Hayes Primary who has received an MBE for services to Special Educational Needs and Disabilities. Chris was nominated by the school and mentioned in The Queen's Birthday Honours Awards last month. Amongst other activities she actively engaged in a range of training and networking activities to support SEND provision at her school, co-leading the South SENCO cluster for many years too. What a sterling way to end a 40 year career! Congratulations from all of us, Chris.

Want to honour someone you know making a difference or an outstanding contribution to education? Send your stories to enquiries@octavopartnership.org with the subject line: Octavo News - Local hero and it may be featured in an upcoming issue!

We’d be grateful if schools could have their network keys to hand so that we can use our laptops on site.

It's the time of year where we say thank you and goodbye to a number of leaving Headteachers:

We are also bidding farewell to a number of Octavo staff who together have served Croydon schools for a considerable period of time. Their contribution to our borough has achieved much and they will be missed. We would like to say a very heartfelt thank you and all the best to: 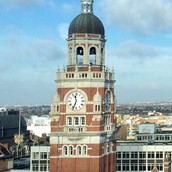 We're hoping to introduce you to some new faces in September. The following exciting opportunities exist to join our teams:

RECRUITMENT REFERRAL SCHEME
We think you can help us recruit excellent talent to the borough! As of this term, if you refer someone for a permanent role and they are successful in gaining employment with us, we will thank you with a £50 payment after their first month of employment.

If you know someone who is passionate about working with schools and fits the bill of any of our current vacancies please refer them to the Careers page on our website and be sure to have them mention your name and school/organisation in their application in order to qualify for the referral.

Cultural Community Solutions Ltd (CCS) is a not for profit subsidiary of Carillion delivering library products and services to local authorities. A key area of its portfolio is the management of library and park services on behalf of the local authorities in the London Boroughs of Croydon, Ealing, Harrow and Hounslow.

Carillion and CCS have put together a exciting offer for Croydon schools which is now available to book and purchase via the Octavo portal. These services include specialist library visits, consultancy and the increasingly popular LEGO Education sessions.

As part of a successful recruitment strategy it is important to know why people choose to leave a school. Conducting exit questionnaires and interviews can be a valuable experience for any organisation.

Some of the benefits to conducting exit interviews and questionnaires:

To find out more about efficient exit strategy planning and how we can help with implementation click HERE or to discuss exit strategies for your school contact Christine Lonsdale, Recruitment & Retention Manager 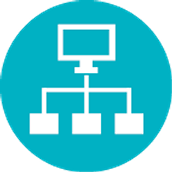 The Octavo Partnership are pleased to offer a bespoke, cost-effective, remote access solution, which is secure and easy to use. Our Remote Access Solution V2.0 is designed and branded utilizing your school’s logo. It meets e-safety and data protection requirements and is receiving fantastic feedback from schools!

"Octavo’s Remote Access solution is a lot easier to navigate than Rav3...you don’t have to jump through hoops to get it to work." - School Business Manager, Norbury Manor Primary

From September 2015 Octavo will be offering the following finance support services to academies:

All these services can be purchased on their own or together as part of a package. Click HERE for full details.

Or contact Patrick Leavy, Schools Finance Manager to find out more.
patrick.leavy@octavopartnership.org or on 07920 657 703

Since transitioning to Octavo Partnership the EAL, New to English, EMA, More able and Traveller support services are now known as the Vulnerable Groups team. Whilst the in-school support and CPD training the team have always offered remains the same we wanted to make schools aware of the full extent of support the team provides in accordance to funding provided by the DSG.

Looking Ahead - CPD for September & October

Improving Outcomes for children with Autism

Be sure to save the date for this one day conference jointly organised by Croydon Council and Octavo. We're looking forward to hearing from key note speaker Dr Glenys Jones, honorary lecturer and researcher in the Autism Centre for Education and Research (ACER) at the School of Education, University of Birmingham.

Other sessions and workshops from:

For early bird discounts click HERE to login and book

Keep an eye on the Octavo website or training portal for full details!

In the Autumn term our mathematics conference will address a number of key principles of a mastery approach to teaching mathematics, including deep understanding and variation theory. Plus practical support and advice on how to implement the new curriculum effectively to achieve mastery for all pupils.

Debbie Morgan, Primary Director of NCETM (National Centre for Excellence in the Teaching of Mathematics) will be: 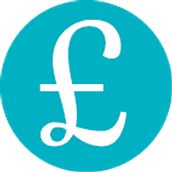 In response to your feedback we're offering flexible invoicing arrangements. If annual billing is causing you concern please contact us to discuss alternate terms. Any further feedback or suggestions will most certainly be welcomed.

If you have queries regarding invoicing, or you would like to change the nominated finance contact, please contact us at: accountsreceivable@octavopartnership.org or call the Finance Team on our new direct line: 020 8241 5467

See you next term...

It's been a very full edition this month. We hope what you've read has been useful and informative however if there's something you'd really like to see in the September edition do let us know by leaving a comment below.

Wishing you all happy and restful summer holidays. We look forward to working with you in the Autumn term!