Get email updates from Rylee:

George Burroughs a witch or not?

George Burroughs a witch or not?

Who George Burroughs was

George Burroughs was the first minister of Salem Village. On April 30th, 1692 George was accused of being a witch/warlock. George was accused by Ann Putnam Jr. After a few months, George was hung on August 19th, 1692. George was also a father to 8 kids and a husband to 3 wives. 2 died and the other one left him and left Salem village. 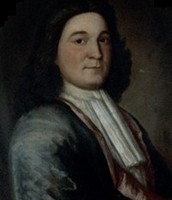 Reasons of being accused

A few of the reasoning of why he was accused, but all of these reasoning were just assumptions that people would say. One of them is when he went to work out at the gym. George would lift weights that were humanly impossible to lift. Another assumption is that George and a bunch of other men were walking through a storm. Everyone was really scared, everyone but George. The last assumption is that when he was in the courtroom getting his examination done there were 2 girls in the courtroom also. Their names were Abigail Williams who was 11 years old. The second girl is Betty Parris who was a 9 years old. When George started to talk and answer questions both of the girl started to have fits. Their fits were so harmful than usual that people had to take them out of the courtroom. Even though some people say this and some people say that no one knows that if those rumors are even true or not. 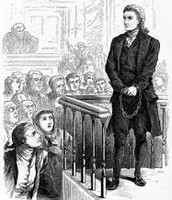 George and how he died

On Friday, August 19th, 1692 George Burroughs was hung along with 4 other men. George was one out if the 20 men who were getting hang. Before he was hung George spoke the Lord's prayer out loud.

“Our father who art in heaven; hallowed by thy name, thy kingdom will be done, on earth as it is in heaven.

Give us this day our daily bread; and forgive us our trespasses, as we forgive those who trespass against us; and lead us not into temptation, but deliver us from evil.

For thine is the kingdom and the power and the glory forever and ever. Amen”

After George read the lord’s prayer people were saying that the Devil was speaking the prayer to him. The reason is because if you mess up to be a regular person. Then the next day George was hung and killed even though he did speak the lord’s prayer no one believed him.