Shardul is using Smore newsletters to spread the word online.

Get email updates from Shardul:

This place is located on the coast of Nova Scotia, Canada. The climate is humid continental which brings cold winters, and warm to hot summers. There is inland water sources such as ponds and lakes. The coastline of Broad Cove has a lot of open land for many docks to be built. The more docks, the more efficiently the industry will run. In Canada the labor skills are high because it is a highly developed country. There are many towns that can be used by the workers to live in. There is no nearby major city, but the road is easily accessible, and it lead to a major highway. Internet and cell phone services are available, so advanced communications can be a huge helping factor. International trading will be easy since the Atlantic Ocean is accessible by foreign boats, and for exports. 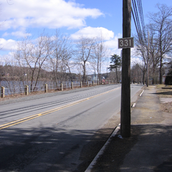 
This place is on the Pacific Coast, with a Marine West Coast climate. This climate is ideal as the temperature range doesn't differ by much; cool summers, and cool winters are found in this place. Where the dry docks will be built is right next to Holiday Beach in the open land. In the US the labor skill levels are high, which means an effective work force. An airport is not too far away from this location, which means transportation will be very easy. Internet and cell phone services are available, which means a easy way for communications, and information. The road that travels along the coastline intersects with the major interstate highway. The highways connect to major cities such as Seattle, which means easy trade. For international transportation, ships can access these docks by traveling through the Pacific ocean. This influences trade with other countries 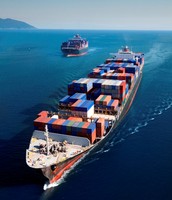 Location 2 is better than location 1, because location 2 is nearby a city, with an airport. There are many roads and highways that make transportation very manageable. Unlike location 1, location 2 doesn't have extreme weather conditions in the winter, which means the industry can work throughout the whole year. One factor that location 2 lacks is the space of the land. There isn't much land available compared to location 1, where there is vast amounts of coastline land. But transportation is hard for location 1, since there is only one road, and barely any highways nearby make transportation a dubious task. In conclusion, location 2 provides almost everything, compared to location 1, a shipbuilding industry needs. Through the process of finding the suitable location, Holiday beach, Washington, USA is the final location where Lusitania Shipbuilding Inc. will locate there main docks.

Shardul is using Smore newsletters to spread the word online.