The Life of the One and Only

Maurits Cornelius Escher was born on 17th June, 1898 in Leeuwarden, Netherlands. He had noticed at an early age that he had an interest in art and drawing. Between 1936 and 1942, he produced 43 drawings in color, which had different symmetrical types and patterns. In his middle ages of work, he corresponded with several different mathematicians, such as Pólya and Coxeter. His untimely death was marked on March 27, 1972 in Laren, Netherlands. Even through this, his legacy lives on. 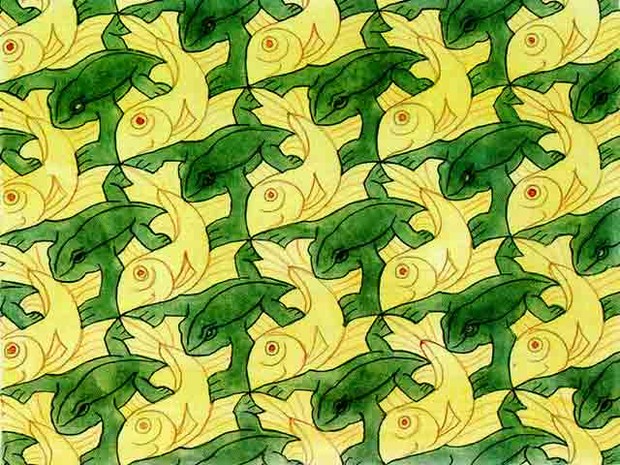 This is one of M.C. Escher's motif tessellations from 1942 entitled Frogs and Fish. 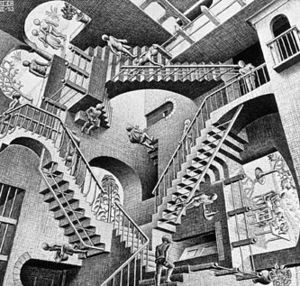 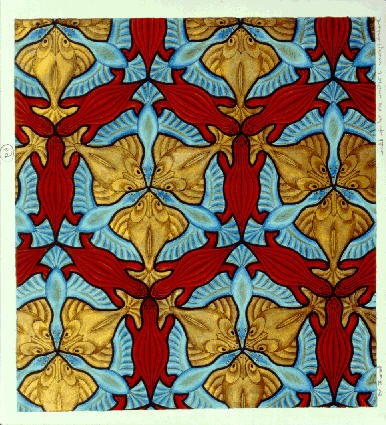 One of many other creations by him. This one includes many fish, many turtles, and numerous birds.

First off, a tessellation is the process of creating a series of figures using the repetition of a geometric shape, with no overlaps and no gaps. Knowing this, transformations are used in tessellations to fit in the gaps evenly between different figure(s). To correctly make a symmetrical tessellation, you need to do as follows. You have to first choose if you either want to rotate, reflect, or translate the shape to another side. It is even possible to, by creating a series of shapes, create a letter. And then all that you would need to do is keep reflecting that letter, and you've got yourself a tessellation.