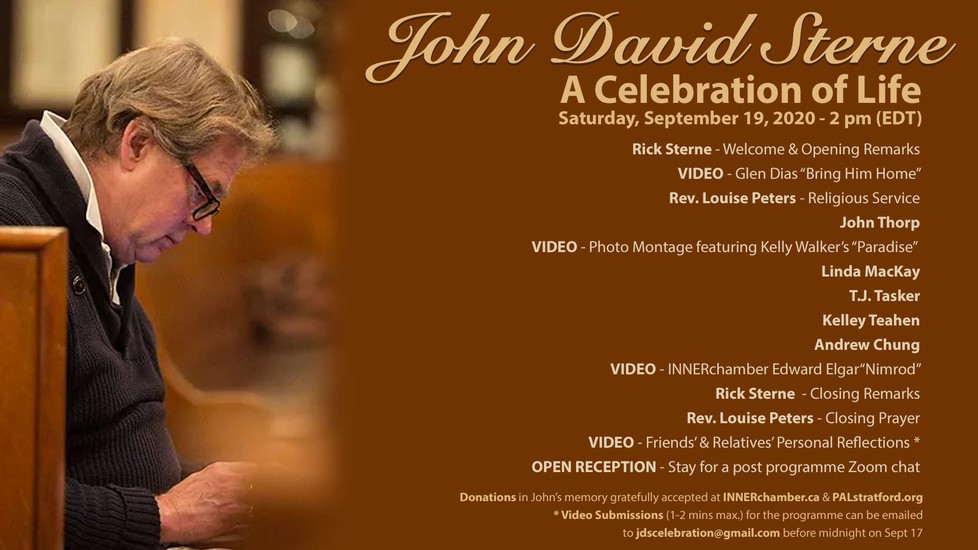 How to Attend the Celebration on Saturday

The celebration will be hosted on Zoom by clicking on the button below. You may need to download the Zoom app ahead of time on your device or computer. We encourage you to join the event ten minutes early as the celebration will start promptly at 2:00 EST.

If you wish to call into the celebration, the phone numbers in Canada are as follows: 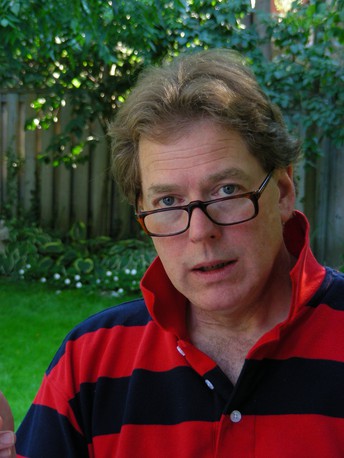 John was born in Brantford, Ontario on September 19, 1953. He attended Brantford Collegiate Institute (BCI) after attending Lakefield College School, moving on to study psychology at Huron College, Western University. He was passionate about the arts in every way – music, art, photography and design. Many will remember him for his love of antiquities and history and his unique ability to design his surroundings. John had the ability to command a room with a delightful sense of humour.

John’s career took him to Montreal, where he was Executive Vice President of Canadian Operations of the International Opera Festival and later he moved back to London as Executive Director of Orchestra London, Ontario. From London, John moved to Edmonton to serve as the CEO of the Francis Winspear Centre for Music, which included being the administrative lead for the Edmonton Symphony Orchestra. In the past decade, John has made his home in Stratford, where he became deeply immersed in that city’s cultural life. After working as Executive Director of the Stratford Symphony Orchestra, he was a driving force in the creation of INNERchamber concert series and was serving as that organization’s Board President at the time of his death. As a long-time member of PAL Stratford (Professional Arts Lodge) and a past President of its board, he worked for the benefit of artists in their later years who needed access to affordable housing and community support. He also served on the Executive of the Stratford Arts and Culture Collective.

Earlier in his life, John had a career as a professional photographer and volunteered for numerous other causes. He was invested into the Order of St. Lazarus, so honoured for his work supporting hospice care, notably at the John Gordon Home, London, Ontario. John spent many summers over the span of his life at the cottage in the Bay of Islands with dear friends and loving family.

A virtual Celebration of John’s Life will be held on Saturday, September 19 (his birthday) at 2 p.m. EDT. With a glass of wine in hand for “sippies”, please join us online to share our memories and stories about John: a button link for the livestream is posted above and on www.innerchamber.ca

The family requests that, in John’s honour, memorial donations can be directed to Inner Chamber and PAL Stratford.

Follow Katherine Clamp
Contact Katherine Clamp
Embed code is for website/blog and not email. To embed your newsletter in a Mass Notification System, click HERE to see how or reach out to support@smore.com
close