The Battle Of The Bulge

The Battle of the Bulge started on December 16, 1944 - January 25 1945. It was a major German offensive campaign launched through the forested Ardennes region of Wallonia in Belium, France and Luxembourg on the Western Front towards the end of WW2 in Europe. Germany's goal was to split the British and American Allied line in half, capture Antwerp, then try to destroy four Allied armies. The routes the Germans were deciding to take got blocked this killed time for them and the weather got better so this allowed the Allies to attack German forces and their supply lines. This left the German units really low on men and equipment.

Supreme Commander Eisenhower was finally prepared for Operation Overlord. This started on June 6,1944. This day is known as D-Day, more than 156,000 American, British, and Canadian forces landed on five beaches along the coast of Normday, France. The Germans thought the allies were going to attack from another side, so they were off gaurd. This invasion was to liberate all of Northern France form Nazi German control. The Allies succeeded and defeated the Germans by late August 1944, this was just the beginning of the end of war in Europe. 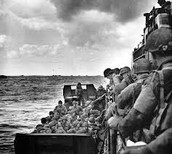 During the summer and fall of 1940, German and British forces were battling in the skies over the United Kingdom. The Germans wanted to invade Britain since France had already surrendered to them. The Luftwaffe was set on destroying London and other major cities, but the RAF managed to hang in strong. Hitler then noticed his air force had failed, so he stopped his plans to invade Britain. Now he was interested in invading The Soviet Union. This saved Britain form being invaded and possibly occupied by German forces. 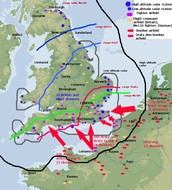