Bats At The Library

Bats At The Library 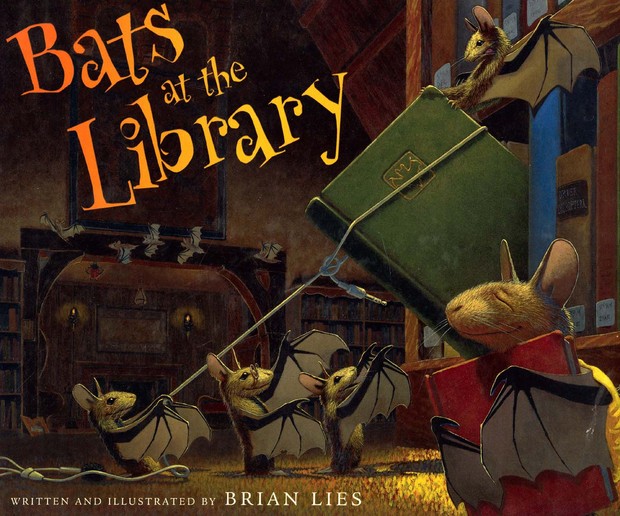 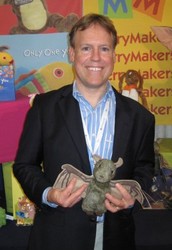 - He was a GREAT Writer in Elementary School.

- He went to Brown University and studied Psychology and British and American Literature.

- Lies illustrated his first book,Flatfoot Fox and the Case of the Missing Eye, with Houghton Mifflin Company in Boston in 1989.

- He live in a seaside town in Massachusetts with his wife, his daughter, and two cats.

- His hobbies are bicycling, woodworking, and tending a big vegetable garden behind his house.

- Lies also read a lot, which he thinks is important—it keeps the imagination going.

- Brian Lies has written and illustrated over 25 Books.

The Real Deal About Bats

www.sciencekids.co.nz
Bats: Wonders of the Night

Bats Arrive at the Park!

www.bbc.co.uk
Ultrasound is high frequency sound that's above the range of human hearing.

www.cdc.gov
Rabies is a preventable viral disease of mammals usually transmitted through the bite of an infected animal. The rabies virus infects the central nervous system; ultimately causing disease in the brain and death. Information is included on rabies basics; prevention; and more. 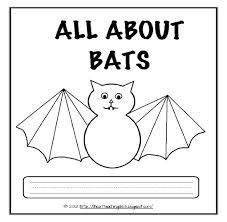 All About Bats.jpg - Google Drive

sheldon.edmodo.com
Edmodo provides a safe and easy way for your class to connect and collaborate, stay organized, and access assignments, grades and school messages.

Other Books by Brian Lies

Summer Read Along: Bats at the Ball Game

Digital Learning Coach
moniqueboone@apps.sheldonisd.com (281) 456-6785 sheldonisd.com/domain/1636
Embed code is for website/blog and not email. To embed your newsletter in a Mass Notification System, click HERE to see how or reach out to support@smore.com
close
Powered by Smore
Powered by Smore