The Phoenician civilization developed along the western coast of the Mediterranean Sea or at that time, in the Fertile Crescent located in modern Syria, Lebanon and Turkey. They colonized the southern tip of Spain and the northern tip of Africa. Because the Phoenicians were located at the coast of the Mediterranean Sea, they became famous for being seafaring people and explored areas that no one dared to look. Along with seafaring, the Phoenicians were known for their mighty ships. With geographic luck on their side, they had valued resources like cedar and pine lumber for architecture exported from Lebanon, linen dyed with a luxurious purple, grapes for making wine, fish, salt, papyrus, ivory, ebony, amber, eggs and valuable metals.

Also, since they were located in the Fertile Crescent, they had great land for grazing animals and for growing crops to support their civilization. They in fact were geographically lucky because they had most of the resources to thrive as a civilization. The tide was also on their side so they could use the ocean to colonize other areas in the world to spread and conquer new territories and land. Today, some of the remains of this awesome civilizations can be found in modern day Cyprus, Spain, northern Africa and mainly Lebanon parts of Syria and Israel. The weather there is still like it was back then, sunny and hot in the summers and mild in the winter 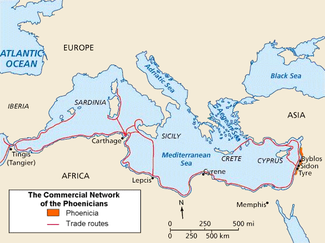 History of the Purple People

Because Phoenicia had so many attackers throughout their reign, they had many influences, first were the Israelites, who actually were allies with Tyre (Phoenicia), in about 1000 B.C. After their only friends, the bombard of attackers followed their small fortune. Persia (538 B.C.), Alexander the Great (332 B.C.), Mesopotamia (9 B.C.), and the Romans in 630 A.D. all attacked and conquered Phoenicia at some time.

As well as many enemies, the Phoenicians also had a couple of allies. At the bud of the civilization, the Egyptians were helping them (3000 B.C.). Phoenicians began trading and that quickly had a large affect on their reputation and resources. With these upgrades, they gradually started resisting the conquerors.

Some specific events that changed the civilization was their ally in about 1000 B.C. King Hiriam of Tyre (Phoenicia) was had a series of letters that were to King Solomon of Israel. The ally ship gave the Phoenicians more strength against some of the enemy countries and in wars. It also gave them a sustainable trading country, which gave them specific resources which were useful.

The Phoenicians were an extremely advanced civilization. They were great ship builders and knew the Mediterranean sea like the back of their hand. The Phoenicians also created one of the first ancient alphabets. The alphabet was called Phoenician which was mixed a little with Greek.For writing they engraved their alphabet on gold plates, mud slabs, and sometimes on papyrus.One of the most important aspects of society to the Phoenicians was trading. The Phoenician cites were surrounded by mountainous ranges so they had to trade across the Mediterranean sea. They traded with the Greeks and Africans. The Phoenicians were divided into three classes.The first and highest class was made up of kings, priests, land owners, and government officials. The next class was the middle class which was made up of merchants, craftspeople, farmers, and fishermen. The last and lowest class was made up of slaves and servants. All the Phoenician people worshiped many gods. Their gods were a mix of gods from other cultures. They would sacrifice small animals on a stone altars to the gods.

Have you ever wondered were the alphabet came from? Or what the color purple stands for? Well I can tell you that it all started in 1550 BC. The Phoenicians were great and smart people. They were the world’s best navigators AND created the world’s first alphabet. They were tired of trying to figure out what a picture meant and probably took a long time to write something like that down. So the made a symbol or letter that represented a sound. There were originally 22 letters in the first alphabet, they were: ,b,g,d,e,q,z,h,p,i,k,l,m,n,y,u,p,r,s,t,w,f,x,h,o, and two other letters that we don’t know. and that was the whole alphabet.

Also, what about the color purple? Did you know that the color purple meant royalty or worthiness? Only the richest people in Phoenicia could afford the dye made from this purple sea slug because it was so hard to get from the ocean. After all they didn't have wet suits. They made this purple die by crushing up the slug and its shell. this was also some of the difficulty of getting its dye.

Blowing but the glass always

Came out foggy, and smeared.

Were there to help! They took

And used different type of

Sand to melt and blew it in

Different ways. So in doing that

Hey improved glass work for us. 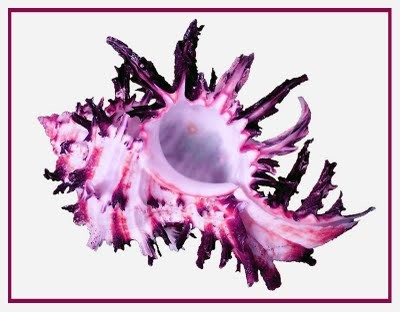