kendall is using Smore newsletters to spread the word online.

Get email updates from kendall:

By: Kendall, Hannah, Ashley, and Emma

By: Kendall, Hannah, Ashley, and Emma

Where is it? What geographic features are near it? What is it like there?

Ghana is a country that is located in West Africa, approximately midway between Togo and D’ Ivlotoe . Some geographic features are near it are tropical vegetation of dense tropical rain forest which tails off into savanna and grassland towards the north and the coast. There are a few mountains and several hills rising to a height of 900 metres and above. Ghana Lies just a couple degrees off of the equator, so the climate is warm in most months.Ghana has a Population of roughly 24.6 million people. Dozens of native ethnic groups, the Akan, Ewe, Mole-Dagbane, Guan, and Ga-Adangbe. The subdivisions of each group share a common cultural heritage, history, language, and origin.There religions include about 30 percent Muslim, 38 percent traditionalist, 24 percent Christian, and the rest (about 8 percent) other. 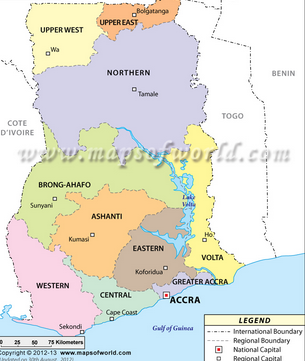 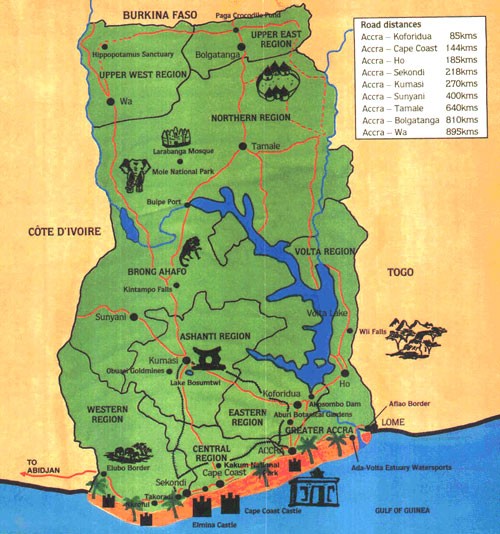 Ghana is one of the most thriving democracies on the continent. It is a very catholic country and often referred to the “island of peace.”A recent discovery of oil in the Gulf of Guinea could make Ghana a very important oil producer and exporter in years to come. In 1957, Ghana (formerly known as the Gold Coast) became the first country in sub-Saharan Africa to gain independence. After leading the country for nine years, the nation's founding president, Kwame Nkrumah was overthrown in a coup d'etat in 1966. The Republic of Ghana is named after the medieval Ghana Empire of West Africa. Geographically, the old Ghana is 500 miles north of the present Ghana, and occupied the area between Rivers Senegal and Niger.

Why do they have child labor?

Child Labor is kids that work in industries or business in harsh and brutal conditions that is non-human like. These kids can be from 9 to 17 year old working about 12 to 17 hours a day for very little pay. Why is this Happening? This is because Ghana has a large spread of poverty so families are very poor, because of this children are in need of money. Also, the government is lacking the protection of child labor. In this video it shows that kids from 11 to 15 with machetes cutting fruit off a tree. This is very dangerous and can easily be harmful to them. These jobs are only some of the jobs they have to do in child labor. Is there hope or help? In this very harsh situation I would definitely hope people can help these kids in Ghana so they don't have to be abused with work everyday with Injuries and illnesses. Should the US help? US should help because although it would be a lot of work and money being into this cause, they would be not only helping kids and families out but they would be saving their lives. In this conflict I see the situation getting better if the government or some society takes control, if not things might get worse.

kendall is using Smore newsletters to spread the word online.

Follow kendall e
Contact kendall e
Embed code is for website/blog and not email. To embed your newsletter in a Mass Notification System, click HERE to see how or reach out to support@smore.com
close