Sara Teasdale is known for her lyrical poetry focusing on women and their ideas of love, beauty, and death. Teasdale was popular in her lifetime, however she may not be considered as popular now. One of her achievements includes winning the first Columbia Poetry Prize, which is now known as the Pulitzer Prize for Poetry. Sara was born in St. Louis Missouri in 1884 to Mary Elizabeth Willard and John Warren Teasdale. She grew up very sheltered as a result of being the youngest child, and being home schooled due to often getting very sick. Her poetry is admired for its "classical simplicity and quiet intensity." Through her poetry, Teasdale expressed how much she appreciated simple things in life that she loved. Sara was very openhearted in her poetry and expressed her emotions in a calm manner. After living a frail life, Sara committed suicide in January of 1933 at the age of 48 after a battle with chronic pneumonia. ( http://www.poetryfoundation.org/bio/sara-teasdale )( http://www.famouspoetsandpoems.com/poets/sara_teasdale/biography )( http://www.britannica.com/EBchecked/topic/585288/Sara-Teasdale )

www.poetryfoundation.org
Sara Teasdale received public admiration for her well-crafted lyrical poetry which centered on a woman's changing perspectives on beauty, love, and death. Many of Teasdale's poems chart ...

www.britannica.com
American poet whose short, personal lyrics were noted for their classical simplicity and quiet intensity. Teasdale was educated privately and made frequent trips to Chicago, where...

In this poem, Sara is describing humans and how complex we really are. You may think you know someone after you have spent a certain amount of time with them, however, do you ever really know someone? Do you ever truly get to know the deepest, darkest, hidden parts of anyone's personality? Sara writes in the poem about her and a lover, who she seems very close to, but she realizes, even though they have known each other a long time, she may not know him as well as she thinks, and the same goes for him knowing her. This poem is important because it makes us realize that we may never actually know someone as much as we think we do. Sara uses rhyming in a unique way in this poem. The first verse uses the most rhyming, and the second and third only use a little, while the last doesn't use any. I think she does this on purpose to show the change in mood in the poem, which is another literary device in use. It goes from a happy optimistic feeling, to a sad and more pessimistic feeling. This poem was probably written after her divorce with her husband. Maybe she realized that they didn't know each other as well as they once thought.

The Mystery by Sara Teasdale

hellopoetry.com
Your eyes drink of me, / Love makes them shine, / Your eyes that lean / So close to mine. / We have long been ...

This poem describes a person's challenge with letting people in. The author feels that she can only hold so many people in her heart. At the moment, her heart is full, and there is no room for anyone else. When someone else comes along, she is torn between letting that person in, and risking losing someone she already holds within her heart. Sara uses the house as a metaphor for her heart. A house can only hold so many people, before they start to feel crammed and uncomfortable. She also uses a lot of imagery with the house, saying that someone "knocked upon the door" and they "would never be content with just a corner in my room". Sara chooses to not let someone else in, being that she would rather keep those that are already in her heart. 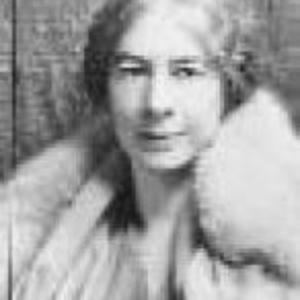 The Heart's House by Sara Teasdale

allpoetry.com
Comments & analysis: My heart is but a little house With room for only three or four, And it was filled before

After Death is a poem that refers to the idea that people only care after you are dead. People are taken for granted everyday, and its not until they are gone that we truly realize what we had when they were here. Teasdale writes about how she has things to say, but no one will listen to her. However, once she is gone, maybe someone will wish they had listened to her while they could still hear her. This poem is important because it tells us not to take anyone for granted, because we will regret it when they are no longer here. Sara uses personification when she brings life to her words in the phrase "while my lips are living". She also uses rhyming which gives the poem and easy flowing sound. I think Sara has a good message here. We all need to appreciate the things we have and the people who surround us.

After Death by Sara Teasdale

allpoetry.com
Comments & analysis: Now while my lips are living / Their words must stay unsaid,

Let It Be Forgotten

I have a feeling this poem was written not long before Sara committed suicide. The mood of this poem is sad and gloomy. She doesn't feel she has anything to look forward to and just wants to forget about everything. Or maybe, there is something specific she just wants to forget about, which could have something to do with her divorce. She wants to put it behind her and let time heal her wounds. She compares her forgotten memory to a once flaming fire that has long been put out, and to footsteps in the snow that will just melt away. She uses personification when she talks about the fire "singing gold". There is also imagery in that line, and also when she talks about the footprints in the snow. I believe this poem is about giving up on something. Instead of facing something that happened to her, she would rather forget about it and put it in the past.

Let It Be Forgotten Poem by Sara Teasdale

Follow Jessica Reifers
Contact Jessica Reifers
Embed code is for website/blog and not email. To embed your newsletter in a Mass Notification System, click HERE to see how or reach out to support@smore.com