Tigger was born in 1924 along with Winnie the Pooh and several other animals in Hundred acre woods (1). Tigger is an ironic, mischievous, and energetic tiger. He is most recognizable by his orange fur with black stripes, large eyes, long chin, springy tail, in which is long and can make a "BONG!" sound, and his energetic personality (2). With his personality, he is sometimes reckless and thoughtless. Tigger is somewhat of a trouble maker and causes a fair share of mishaps for both himself and his friends. To his core, though, Tigger is extremely caring and nice. Everything he does he means no harm, even if his efforts end in some form of misfortune. Tigger could also be considered to be the most social out of the animals, and can be very eager to have his friends join him in his joy. The first time in which Tigger meets Winnie the Pooh is late into the night, when Tigger bounces into Pooh's house. Tigger then proceeds to eat Pooh's honey, however, he doesn't like it. Tigger tells Pooh about the "heffalumps and woozles" who steal honey, then follows up by egotistically describing how he is the only Tiger in the woods. After this, Tigger leaves as fast as he came in (3). 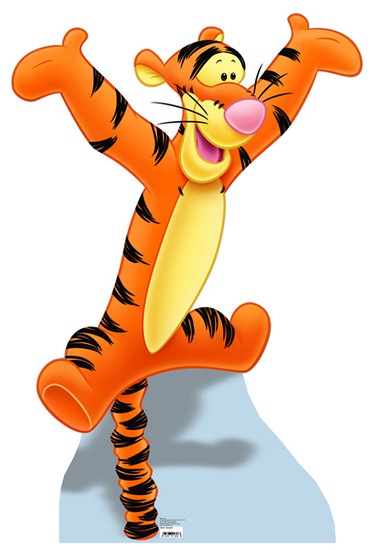 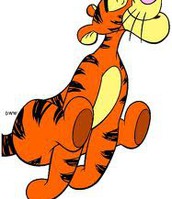 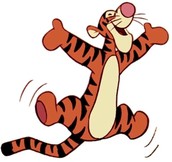 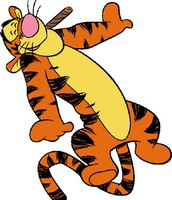 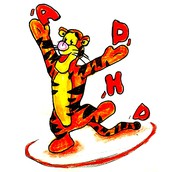 Follow Nathan Nguyen
Contact Nathan Nguyen
Embed code is for website/blog and not email. To embed your newsletter in a Mass Notification System, click HERE to see how or reach out to support@smore.com
close