Marco is using Smore newsletters to spread the word online.

Get email updates from Marco:

Vanguard East is having our annual upper school science fair this March 2020! Each student, grades 6-12, is required to complete a scientific inquiry project with both a poster and a paper. The students have been working very hard both in class and outside of class since January. Our most popular topics this year are in engineering, food chemistry, and botany. The poster grade will be in the 3rd Quarter, and the paper grade will be in the 4th Quarter; both will be a significant portion of the grade. Make sure to ask your student about their project, and come see the posters.

The VCS East Cultural Celebration was a HUGE Success! 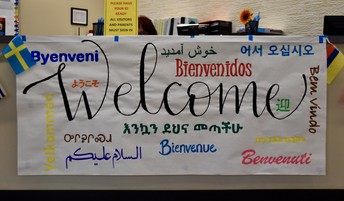 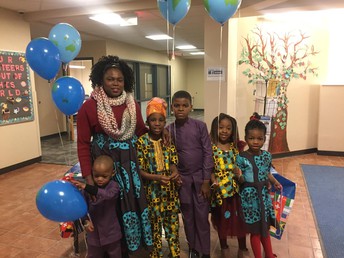 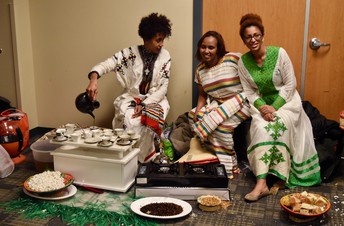 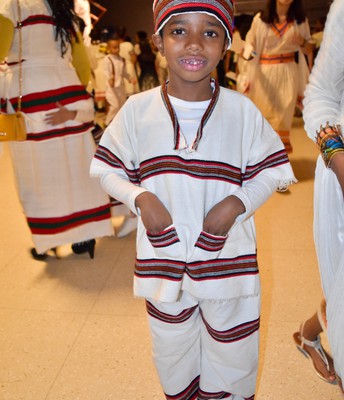 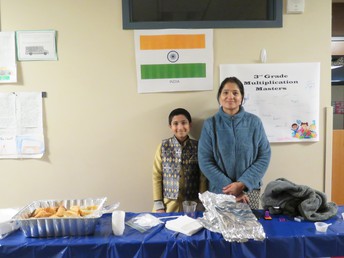 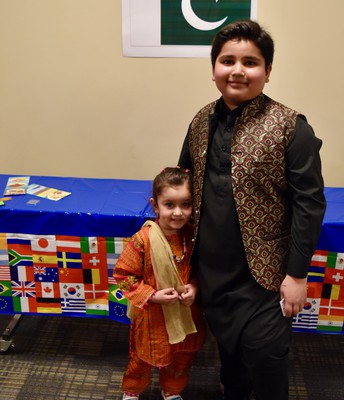 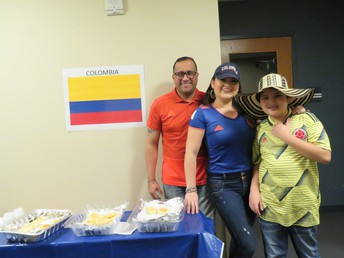 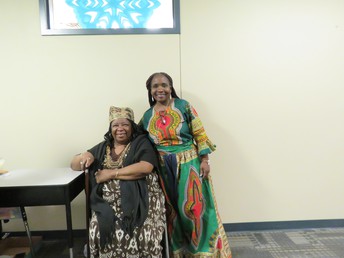 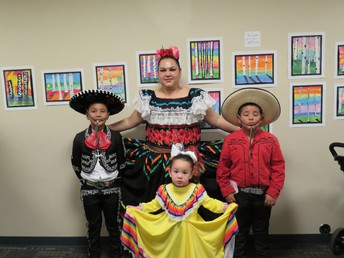 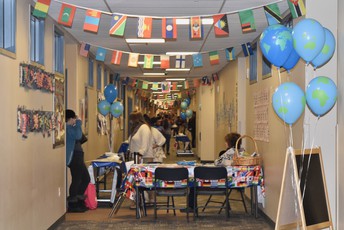 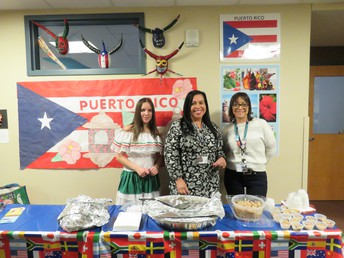 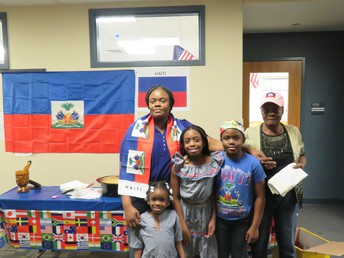 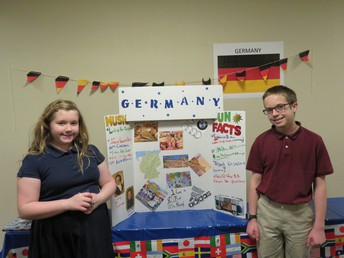 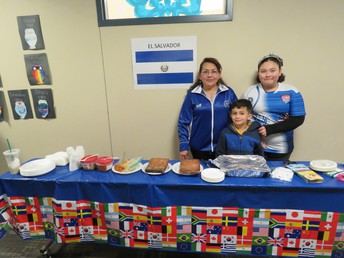 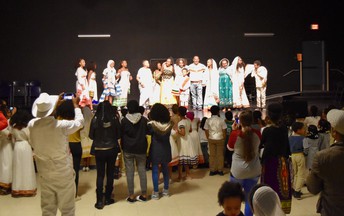 Don't forget to order your Earth Day T-shirts by Monday, 3/2. Order forms went home earlier this week. They are also available to the front desk. Earth Day is 4/22, and students will be able to wear the shirt to school on that day. Proceeds from the sales will go to benefit the VCS East Science Department.

6th grade students that are going to Outdoor Lab are selling butter braids through 3/11. Please see your favorite 6th grader to order. If you have questions, please contact Mr. Carnahan at acarnahan@vanguardclassical.org or 303-338-4110.

Staff Members of the Month 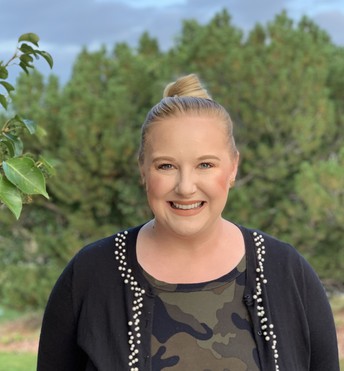 Ms. Kim has been selected as our K-5 Staff Member of the Month. She has been a part of our Vanguard East family since the campus opened. Ms. Kim is a mentor to others; she has drive and motivates others to be the best they can be. Thank you, Ms. Kim, for sharing your passion with us! 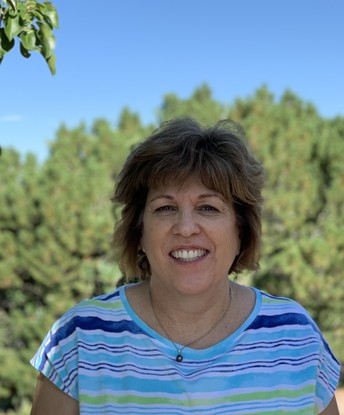 Ms. Tryba-Detrick has been selected as our 6-12 Staff Member of the Month. She has been a part of our VCS East family for two years now, and in that time, she has supported and encouraged our secondary students' love of art. Ms. Tryba-Detrick displays that art throughout the upstairs. Thank you, Ms. Tryba-Detrick!

Thank you to all of the families that donated food to the teachers for Parent/Teacher conferences !

As we are planning for the next school year, we are considering adding FREE before and after school care on school days only for our students in grades K-8. Click the button below and take our one question survey to let us know your thoughts on this possibility.
Before and After School Care Survey

Core Virtue of the Month...Compassion 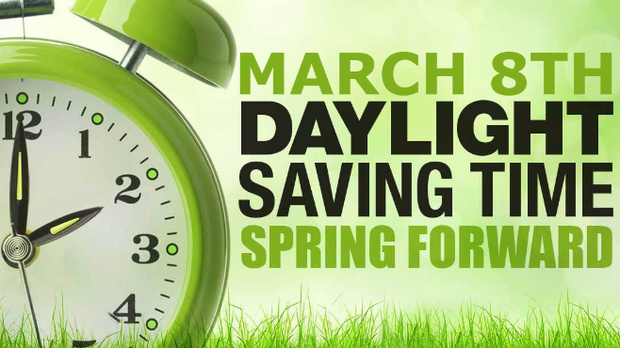 The testing window for CMAS is 3/23-4/24. Students in grades 6-8 will begin taking the CMAS test starting on 3/24, and students in grades 3-5 will begin 4/7. This important state mandated assessment helps us measure student learning and make adjustments where needed to improve student outcomes. If you have any questions please contact Troy Stevens (tstevens@vanguardclassical.org) or Marvra Winner (mwinner@vanguardclassical.org).

Letter Regarding the Coronavirus

You have likely heard of the expanding outbreak of respiratory illness that is associated with a novel coronavirus (abbreviated “2019-nCoV”). Right now, this virus is not spreading in the community in the United States and the vast majority of Americans have a low risk of exposure.

Though Colorado has no cases of 2019-nCoV, the department is taking this public health threat very seriously, closely monitoring the outbreak and refining Colorado’s response. Our efforts right now include providing information about the outbreak and how to report suspect cases to local health departments and health care providers. The department is also coordinating with local public health agencies to determine the need for monitoring, quarantine, or other restriction of movement and activities for travelers returning from China.

We understand that new viruses like this can be worrisome, especially to students, parents, and staff. We echo the CDC’s statement that the risk to people in the United States is low at this time. It’s important to convey that risk is based on exposure. People at higher risk for exposure are:

● People who have traveled to China within the last two weeks and have symptoms.

● People who had direct close contact with someone who was confirmed to have the novel coronavirus.

● And like any other virus, no identity, community, ethnic, or racial group in Colorado is more at risk for getting or spreading 2019 novel coronavirus.

Coronaviruses are a large family of viruses that have been associated with respiratory illness such as fever, cough and shortness of breath. Illness is spread through coughing or sneezing, much like the flu. Some coronaviruses are common and regularly cause respiratory illness in the U.S. in the fall and winter. Other coronaviruses like MERS-CoV and SARS-CoV have caused outbreaks internationally and have been known to cause severe illness. Person-to-person spread is thought to occur mainly through respiratory droplets produced when an infected person coughs or sneezes, similar to how influenza and other respiratory viruses spread.

A person who tests positive for coronavirus on a regular test from the doctor's office does not have 2019-nCoV, but instead has one of the regularly circulating coronaviruses which cause cold symptoms. 2019-nCoV can only be diagnosed through special testing done at a public health laboratory. It is important to remind parents and students who are worried about 2019-nCoV or any respiratory virus that they can protect themselves by practicing everyday preventive actions:

● Clean hands with soap and water or alcohol-based hand rub.

● Cover nose and mouth when coughing and sneezing.

● Avoid close contact with anyone with cold or flu-like symptoms.

● Get a flu shot if you haven’t gotten one this year.

The outbreak of 2019-nCoV is changing rapidly, the CDC is providing updated information on their Coronavirus web page here: https://www.cdc.gov/coronavirus/2019-ncov/index.html.

What is Child Abuse and Neglect?

At the Federal level, the Child Abuse Prevention and Treatment Act (CAPTA) defines child abuse and neglect as: Any recent act or failure to act on the part of a parent or caretaker, which results in death, serious physical or emotional harm, sexual abuse, or exploitation, or an act or failure to act which presents an imminent risk of serious harm.

There are different types of abuse:

Physical Abuse: is usually defined as “any non accidental physical injury to the child” and can include striking, kicking, burning, or biting the child, or any action that results in physical impairment of the child. Abuse of a child also includes acts or circumstances that threaten the child with harm or create a substantial risk of harm to the child’s health or welfare.

Neglect: is defined as the failure of a parent or other person with responsibility for the child to provide needed food, clothing, shelter, medical care, or supervision to the degree that the child's health, safety, and well-being are threatened with harm.

Emotional Abuse: is injury to the psychological capacity or emotional stability of the child as evidenced by an observable or substantial change in behavior, emotional response, or cognition, and injury as evidenced by anxiety, depression, withdrawal, or aggressive behavior.

Parental Substance Abuse: is parental exposure of a child to harm due to the parent(s) use of an illegal drug or other substance. Allowing a child to be present where the chemicals or equipment for the manufacture of controlled substances are used or stored. Use of a controlled substance by a caregiver that impairs the caregivers ability to adequately care for the child.

Abandonment: it is considered abandonment of the child when the parent’s identity or whereabouts are unknown, the child has been left by the parent in circumstances in which the child suffers serious harm, or the parent has failed to maintain contact with the child or to provide reasonable support for a specified period of time.

Sexual Abuse/Exploitation: Sexual Abuse can be referred to as molestation, is usually an undesired sexual behavior by one person upon another person is considered child abuse. Sexual Abuse also includes human trafficking, sex trafficking, or trafficking of children for sexual purposes. Sexual exploitation is defined when a child is allowed to engage in prostitution or production of child pornography.

There is an estimated 676,000 children that were confirmed by child protective services as being victims of abuse and neglect in 2016.

At least one in four children have experienced child neglect or abuse (including physical, emotional, and sexual) at some point in their lives, and one in seven children experienced abuse or neglect in the last year.

Abuse and neglect during infancy or early childhood can cause regions of the brain to form and function improperly with long term consequences on cognitive and language abilities, socioemotional development, and mental health.

In a recent study, as many as 80% of young adults who had been abused met the diagnostic criteria for at least one psychiatric disorder at the age of 21. These young adults had depression, anxiety, eating disorders, and suicide attempts.

The stress of chronic abuse may result in anxiety and may make victims more vulnerable to problems, such as post-traumatic stress disorder, conduct disorder, and learning, attention, and memory difficulties.

Youth who have experienced child abuse and neglect receive more medications for depression, anxiety, and other issues than other youth in psychiatric care.

Children who experience abuse and neglect are at increased risk for smoking, alcoholism, and drug abuse as adults, as well as engaging in high-risk sexual behaviors.

Those with a history of child abuse and neglect are 1.5 times more likely to use illicit drugs, especially marijuana, in middle adulthood.

Abused and neglected children are about 25% more likely to experience problems such as delinquency, teen pregnancy, and low academic achievement.

One study found that physically abused children were at greater risk of being arrested as juveniles, being a teen parent, and not graduating high school.

Child abuse and neglect can have a negative effect on the ability of people to establish and maintain healthy intimate relationships in adulthood.

1) Be a nurturing parent of caregiver.

Children need to know that they are special, loved, and capable of following their dreams.

Being a parent isn’t easy. Offer a helping hand take care of the children, so the

parent(s) can rest, or spend time together.

overwhelmed and out of control-take a time out, don’t take it out on your kids.

It can be frustrating to hear your baby cry. Learn what to do if your baby won’t

stop crying. Never shake a baby-shaking a child may result in severe injury or

If you have reason to believe a child has been or may be harmed, call your local

department of children and family services, or your local police department.

Through the School Health Professional Grant, Vanguard has been working to educate our students and staff about mental health. Mental health includes our emotional, psychological, and social well-being. It affects how we think, feel, and act. Vanguard recognizes that our students and families go through experiences that shape their lives and their ability to function.

*There will be a Youth Mental Health First Aid for both Spanish and English speaking families.

For more information please visit the link below

Drama Club Presents The Lion, The Witch, and The Wardrobe

Drama Club welcomes you to come and enjoy our production of The Lion, The Witch, and The Wardrobe. The shows start at 6 pm on March 4th, and 5th. Adult tickets are $5 (no advanced ticket sells, and cash only), kids/students are free. Doors will open at 5:45 pm. It is bound to be a roaring time!
Get Directions

Students may wear jeans in good condition - any color - for $1.00

Field Trip to Denver Center for the Performing Arts

No School for Students

Marco is using Smore newsletters to spread the word online.

Follow Marco Cummings
Contact Marco Cummings
Embed code is for website/blog and not email. To embed your newsletter in a Mass Notification System, click HERE to see how or reach out to support@smore.com