Kedric is using Smore newsletters to spread the word online.

Get email updates from Kedric: www.history.com
The German monk's questioning of Catholic dogma leads to the Protestant Reformation.

Martin Luther was a German priest and figure in the Protestant Reformation. Luther came to rejected several teachings and practices of the Roman Catholic Church. He was born in Eiselben,Germany November 10,1483 and died Eiselben,Germany Febuary 18,1546. His wife was a nun her name was Kathrina von Bora 1525-1546.

Martin Luther and the Catholic Church

The protestant reformation came about because of political, economic, intellectual, church abuses, and the decline of church power.Martin Luther a lawyer gets struck by lighting and then devote's his life to god. As he reads the bible and he notices a lot of corruption within the church and seeks to end it. He mostly gets upset about the indulgences the churches are making the common person pay. In (1517) he starts nailing a set of 95 laws that the church isn't obeying this is called the 95 theses. The theses were based on these three things the bible is the central religious authority, humans can only reach salvation based on rituals not by wealth, they become to materialistic, and the church abuses power. As he starts gaining more followers his message spreads. At first it starts in local areas in Germany but quickly spread to the Catholic church in Italy.This is the beginning of the Diet of Worms in (1521) when the pope orders Luther to recent. He did not so they declared Luther a Heretic but many people had accepted him with open arms. Later their becomes different branches of christianity and not just Catholics and the Catholic church becomes less powerful. 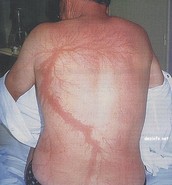 Martin Luther nails 95 theses to church doors to spread the corruption of the church. 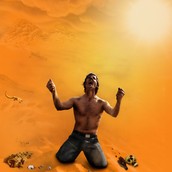 Martin Luther becomes an outlaw and has to wonder around

Kedric is using Smore newsletters to spread the word online.