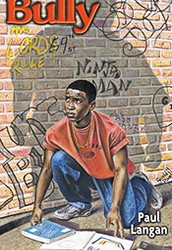 The Bully is a book in the Bluford series that has many other books too. It's about a small, weak, 15-year old, in the 9th grade named Darrell from Philadelphia. He has to move to Los Angles, CA because his mom found work there. Darrell is only 4'11 so he's kinda a easy target for bullies. He moved into his uncle's house in LA. He also had two younger cousins who he now had to live with. Darrell's first day at his new school didn't go so well. A bully he met the day he moved to LA was harassing him on his first day at school there. His name was Tyray and he had a friend named Rodney. Also, on his first day in LA, he met a girl named Amberlynn who he really liked.

Darrell went to the store to get oranges for his mom one day. He saw Tyray and Rodney there and they told Darrell that he had to pay him 10$ every week or else he would do something bad to him. So Darrell thought he had no choice but to pay him because he was afraid of what Tyray would do to him. After that, Tyray cut the orange bag opened and crushed the oranges. He did make a new friend named Harold which made him feel a little bit better. After he started paying Tyray, he decided to talk to a teacher he felt safe around. He told him most of what was happening to him with the bully. His teacher, Mr. Mitchell told him to read a book that he thought would help give him confidence and make more stronger on the inside. Darrell read it and he kinda understood why Mr. Mitchell told him to read it, but not exactly sure why. He then joined the wrestling team because he wanted to get stronger and gain confidence. He went to practice every week day. He felt like he was getting stronger too from wrestling. Then he went to a dance right before Christmas break and got to dance with Amberlynn! When Darrell saw Rodney he decided to leave, but said he would come back. He went to the bathroom and then Tyray and Rodney showed up. They got all mad at him and threw him in the trash can. After they did that to him, Darrell ran home as tears dripped down his face. After that night, it was Christmas break. He also won his first wrestling match during the break. When he came back, he stood up to Tyray and Tyray got in big trouble. He even got suspended!

"Don't just let someone boss you around, stand up" The theme of this book is to get you to stand up to bullies and don't just let you or anyone else get bullied. Even if you're not being bullied, help someone else that is being bullied that you might know.

Paul Langan was born in Philadelphia in 1972. He went to Camden County College for a year and then transferred to La Salle University. He took a writing classes there and earned a B.A. in English. He went to visit his roomate's home in Kenya and became a prison tutor, and that's when decided to start writing. He was an editor of the series and author of five of them. The books were, The Bully, The Gun, Summer of Secrets, Brothers in Arms, and Blood Is Thicker. Not too long ago, he got a master’s degree in education from the University of Pennsylvania. 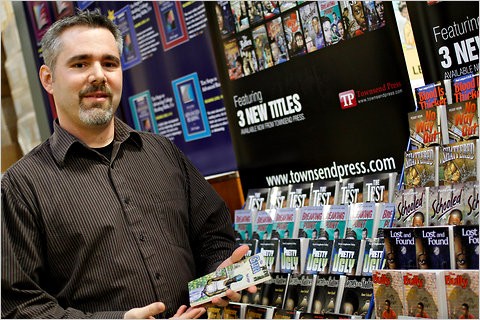 The Bully and Diary of a Wimpy Kid are alike and different. The Bully is about a kid who has to deal with school kids and so is . Though, in The Bully he's in high school as a freshman and in he's in middle school as a sixth grader. But, they're both new to a school. In the main character in is Greg and in The Bully his name is Darrell. Greg has siblings while Darrell has none. Darrell solves problems with his bully unlike Greg doesn't with school kids. 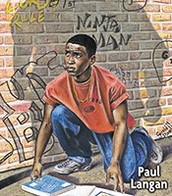 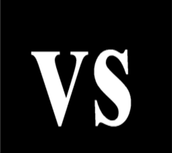 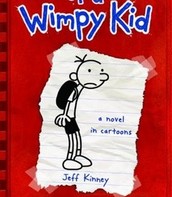 Diary of a Wimpy Kid

Diary of a Wimpy Kid

Want to learn more about Diary of a Wimpy Kid? Click this link.