Kevin Henkes was born in 1960 in Racine, Wisconsin. Throughout his childhood, he and his family visited the local public library, making an important ritual out of selecting and carrying home books. Inspired by such illustrators as Crockett Johnson and Garth Williams, Henkes decided at an early age that he would be an artist, and enjoyed frequent visits to the nearby art museum. It was a high school teacher's encouragement of his writing, however, that gave Henkes the idea for his future career. Henkes' first picture book, drafted while he was still in high school, was accepted for publication when Henkes was just 19, an art major at the University of Wisconsin. Since then, he has worked steadily, writing and illustrating more than 15 picture books that have won him a devoted audience as well as considerable critical acclaim. Owen was named a Caldecott Honor Book, one of many awards and citations Henkes has received. In 2004, Henkes won another Newbery Honor for Olive's Ocean. In addition to his self-illustrated picture books, Henkes has written picture books that others have illustrated, and a number of novels for young readers. He lives with his wife in Madison, Wisconsin.

Beyond the Pages of Out of My Mind

Our whole school read of Sharon Draper's Out of My Mind, has taken us on many educational adventures. We have learned about many different developmental disabilities since we started reading Out of My Mind in the beginning of this school year. (Visit the September and October pages of Camp Read Smore for more information.)

From our partnership with United Cerebral Palsy Los Angeles (UCPLA) we have learned that people with developmental disabilities also have hearing loss. There are a number of UCPLA residents that use American Sign Language, hearing aids and other adaptive technology to communicate.

Mrs. Marhefka, an Advanced Signing Time Instructor from Signing Time Academy, Skyped with our entire school on two Fridays in November so that they could learn how to finger spell, learn the signs for the colors of the rainbow and even learn how to play "I Spy" in sign language. We had a fabulous time! Check back for some fun videos of two 1st graders signing their name, a video of how to play "I Spy" in ASL and our whole school signing: HI. FRIEND. PLAY! The main page of http://www.campreadsmore.com/ has pictures of our time with Mrs. Marhefka uploaded now. Check it out! There you will also find a video of Rachel Coleman singing the Silly Pizza Song video. See if you can learn the signs and keep up with her!

ABCs in Sign Language
Interview with Rachel and Leah, from Signing Time

In addition, this month we also learned about Braille. Students were introduced to Louis Braille, Braille's inventor, via the short biography found towards the bottom of this page. They were even able to see and touch an example of Harry Pottr in Braille as well as some science books about our planets and constellations (scroll down).

The Braille Story
Learn Braille In One Lesson 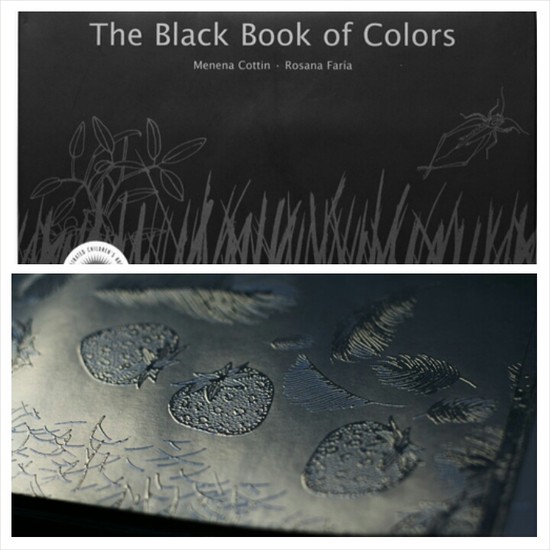 Living with the use of one's eyes can make imagining blindness difficult, but this innovative title invites readers to imagine living without sight through remarkable illustrations done with raised lines and descriptions of colors based on imagery. Braille letters accompany the illustrations and a full Braille alphabet offers sighted readers help reading along with their fingers. This extraordinary title gives young readers the ability to experience the world in a new way. (Summary from Amazon) 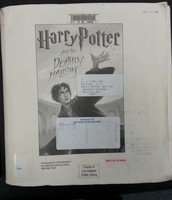 Page From the Inside of Harry Potter in Braille 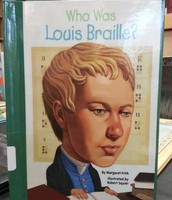 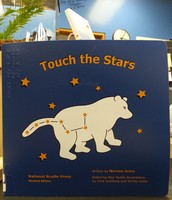 Inside "Touch the Stars" 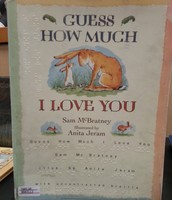 Guess How Much I Love You

Students loved seeing the words matched with their braille equivalent.

Dale Baer has worked on several films over the years, his most recent work was on Peg Leg Pete and Clarabelle in Disney's animated short, Get a Horse.

Megan Levens is currently working on Buffy the Vampire Slayer, but was able to show us many examples of her advertising work and even introduced us to her own creation, Madame Frankenstein. 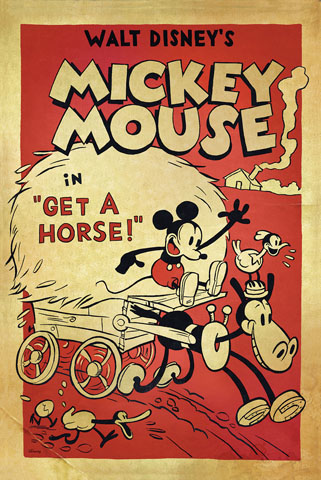 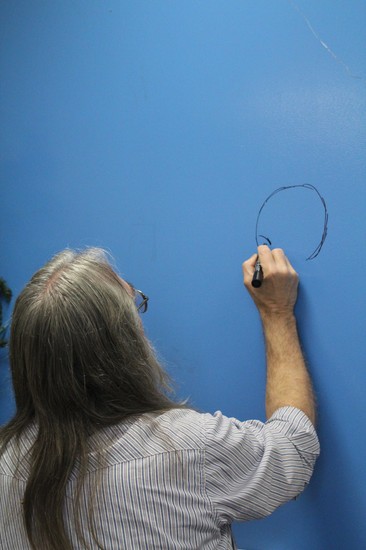 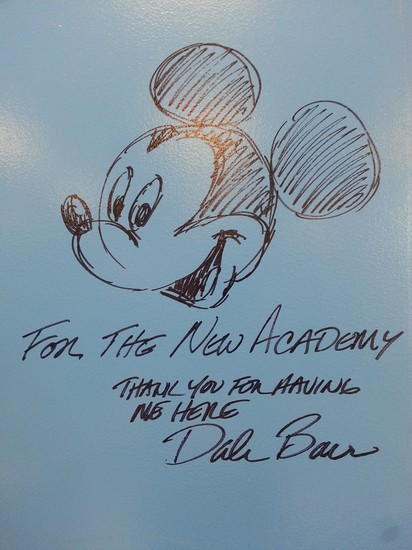 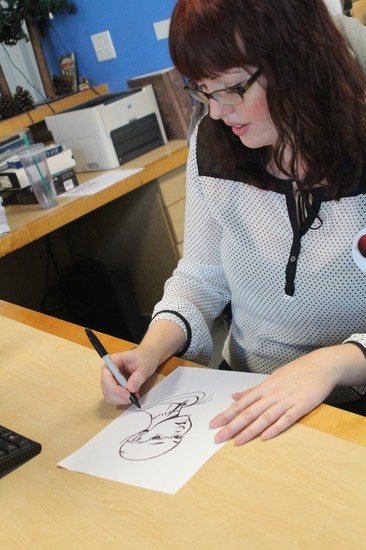 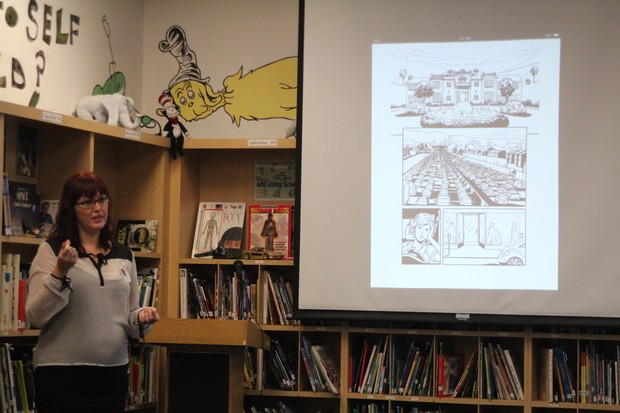 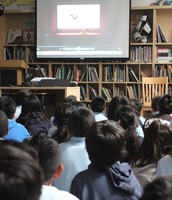 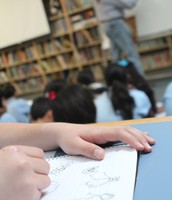