FMS is using Smore newsletters to spread the word online.

Get email updates from FMS: 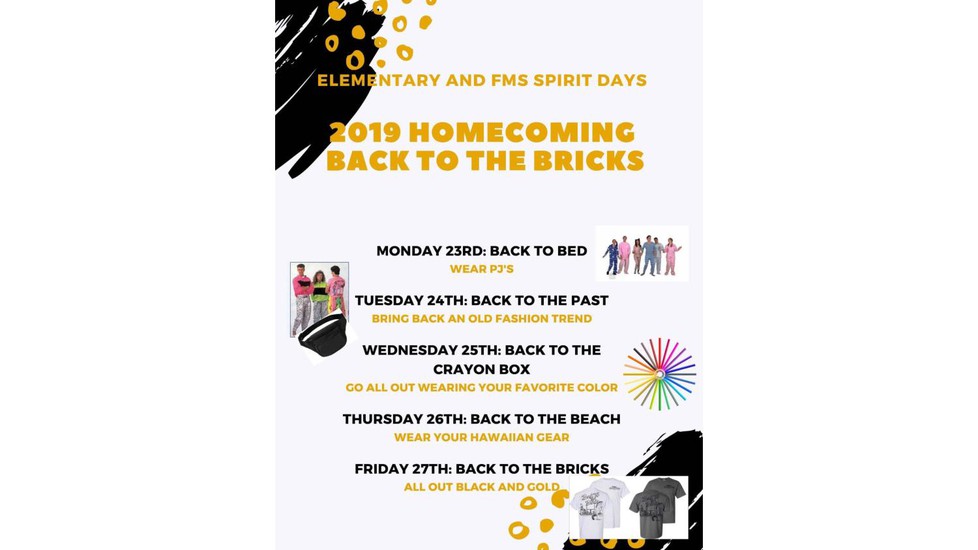 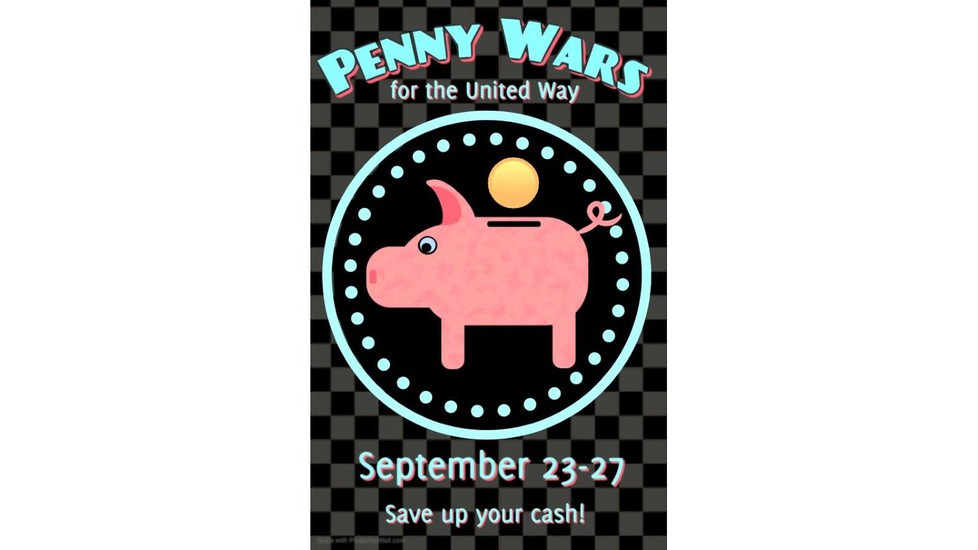 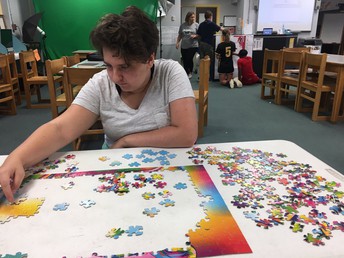 8RL1A: Draw conclusions, infer, and analyze by citing the textual evidence that most strongly supports an analysis of what the text says explicitly as well as inferences drawn from the text. Learning Target: Identify the setting of a story including time, place and mood.

This Week in ELA:

Monday- Introduce character traits and how they are portrayed through static and dynamic characters. Begin Miss Awful.

We will spend time discussing round, flat, dynamic and static character traits. We will also reflect on how students can relate to the characters in the story. Students will read and listen to the short stories and work collaboratively to apply character traits they have learned. 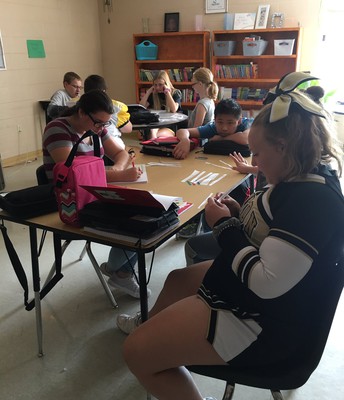 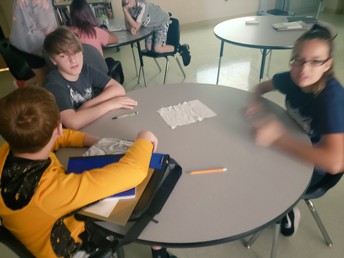 GM.A.5 Use informal arguments to establish facts about the angle sum and exterior angle of triangles and about the angles created when parallel lines are cut by a transversal.

Learning Target for the Week:

To identify and use congruency in transformations.

Understand how to write and solve equations and inequalities.

Learning Target for the Week:

To use and solve equations and proportions. 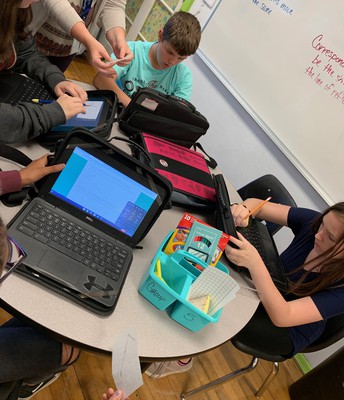 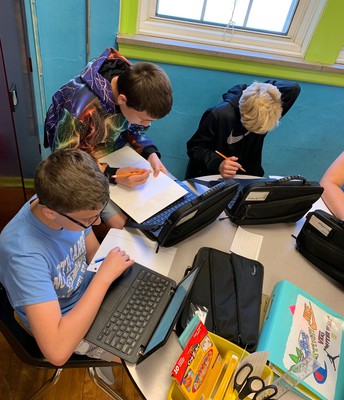 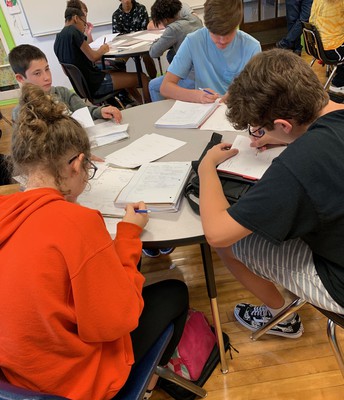 Students will be diving into a new unit of Forces and Motion. The unit objectives are:

6-8.ps2.a.2 Plan and conduct an investigation to provide evidence that the change in an object's motion depends on the sum of forces on the object and the mass of the object

6-8.ps2.a.1Apply physics principles to design a solution that minimizes the force of an object during a collision and develop an evaluation of the solution

Learning Target for the Week: Learn about the forces that effect motion along with Newton's first law of motion. 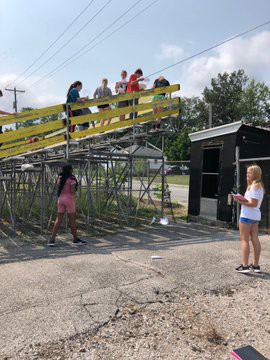 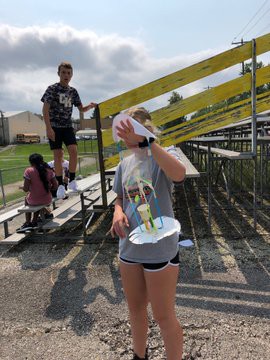 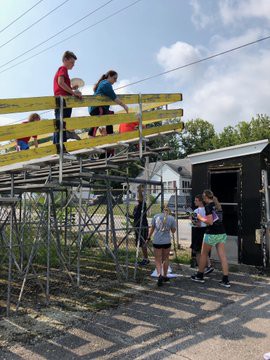 This past week was our first full week back! Yay! The students were eager to learn and we finished up the Constitutional Convention. We also studied the different types of governments, including authoritarianism, monarchies and what America is, a Representative Democracy/Constitutional Republic. A lot of great conversation came from that lesson and we also learned about checks and balances and how it keeps the three branches of government in check. 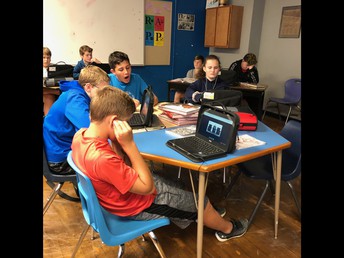 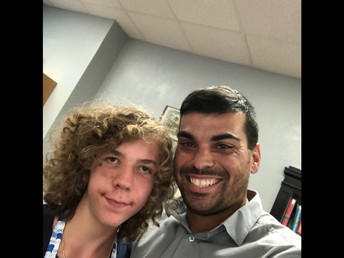 6-8.AH.3.GS.E: Apply the principles of rule of law, representation, separation of powers, checks and balances, and federalism to explain the purposes and functions of the Constitution.

This Week in History:

What a busy week we had! For this coming week, we will (finally) start on the Bill of Rights! Your student will work with a partner and research a Bill and then teach it to the class. 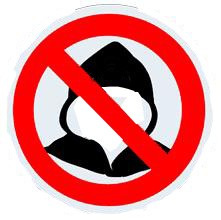 Hats and Hoodies in School

As a reminder, hats and hoodies are only to be worn at school if a student has purchased a Hat Pass from the Thrive Hive. Students who choose to wear hats or hoodies in the hallway will be asked to take them off.

FMS is using Smore newsletters to spread the word online.

Follow FMS Hornets
Contact FMS Hornets
Embed code is for website/blog and not email. To embed your newsletter in a Mass Notification System, click HERE to see how or reach out to support@smore.com
close