Parishville is using Smore newsletters to spread the word online.

Get email updates from Parishville: 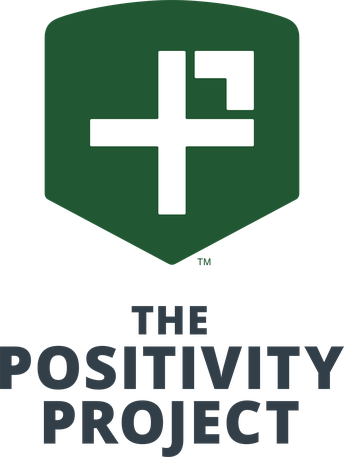 This week our school community will be focusing on the character strength of Humor. Humor means you like to laugh and bring smiles to other people.

Humor is a sense of playfulness and lightness. It is a way of looking at and describing the world that brings laughter to people. A person with the strength of humor is skilled at seeing the funny side of things, bringing smiles and laughter to others, and identifying and communicating the absurdities in life. People with this strength don’t specifically need to be joke tellers, although many are.

Humor plays an important role in helping groups of people rise above difficult circumstances and boost morale. It removes us from our present difficulties by easing tension and making life more fun. This is why athletic teams often need a jokester to help them get through tough losses and early morning fitness sessions. On a larger societal level, humor often helps downtrodden groups to find cohesion and strength. This is why Simon Wiesenthal said, “Humor is the weapon of unarmed people: it helps people who are oppressed smile at the situation that pains them.”

To practice and encourage the character strength of humor with your child, please visit the Positivity Project’s P2 for Families (password: P2) where together you will watch a video, read a quote and talk about the answers to three questions.

Have a wonderful week! 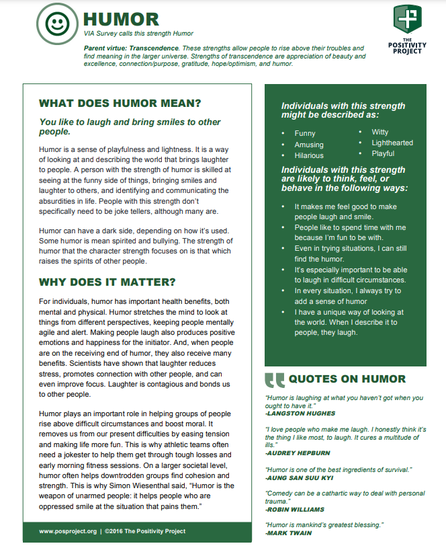 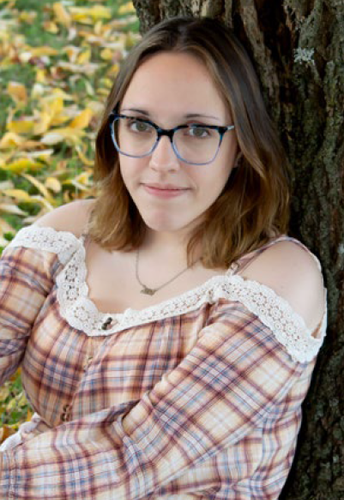 PHCS Salutes the Top of the Class of 2022

Audrey is the daughter of Joseph and Michelle McGill. She has attended Parishville-Hopkinton Central School since Pre-K. Audrey has earned a seven-semester average of 98.58 and has been on the high honor roll every quarter since seventh grade. She will graduate with an Advanced Regents Diploma with Honors and Mastery in Mathematics and Science with local majors in English, Science, Mathematics, Social Studies, Spanish, Music, and Visual Arts. She has received the Presidential Gold Award every year since.

Music has always played a major role in Audrey’s life. She has played the flute for the school’s concert bands since fifth grade and has sung in the soprano section of the concert choirs since third grade. In her freshman year, she joined both Jazz Band as a multi-instrumentalist and singer and joined Select Chorus as a soprano. She joined Follies as a seventh-grader, becoming the organization’s president her senior year. She has played a lead role in two musical productions and minor roles in four other productions. She has attended many All-County music festivals for both band and chorus. As a sophomore, she was invited to perform in the chorus at the Area All-State festival.

In the fall, Audrey will be attending Merrimack College to earn her Bachelor of Arts degree in Music. 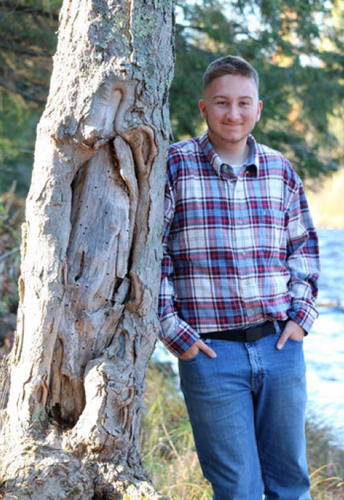 Parishville-Hopkinton Central School since 2008. Leland has earned a seven-semester average of 96.96. He will graduate with an Advanced Regents Diploma with Honors and Mastery in both Mathematics and Science. He will also graduate with local majors in English, Social Studies, Spanish, and Visual Arts.

Leland has been on high honor roll every year since 7th grade. He has been the vice president of his class since 7th grade. He is a member of the National Honor Society. He has earned the presidential gold award all four years of high school. He completed Clarkson’s Project Challenge in his junior year. He was also nominated for the U.S. Presidential Scholars Program in his senior year.

Leland has played soccer every year since 7th grade. He started playing basketball in 8th grade. He has received the sportsmanship award and athlete of distinction award in both sports. He has also received multiple Coaches Awards in basketball.

Leland received scholarships from a number of colleges. After graduating, he will most likely attend SUNY Canton with an undeclared major. 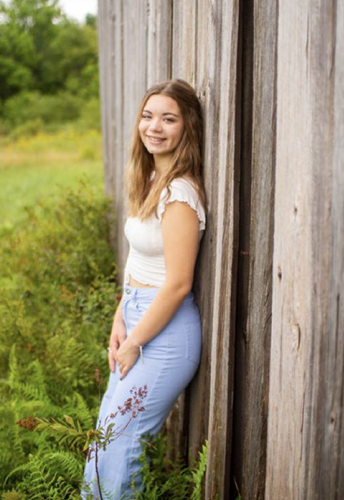 Megan is the daughter of Jason and Tiffany Taylor. She has attended Parishville- Hopkinton Central School since Pre-K in 2008. Megan has earned a 96.90 GPA. She will graduate with an Advanced Regents Diploma with Mastery in Mathematics and local majors in English, Mathematics, Spanish, Science and Social Studies. She has received the Presidential Gold award for five consecutive years.

Megan has participated in numerous extracurricular activities. She obtained her role as President of the Spanish club during her freshman year. As part of Megan’s Spanish curriculum she has graciously prepared and instructed six elementary classes in her senior year and mentored high school classes as well. She also took on the role as Treasurer of Yearbook her freshman year. Megan was a member of the Ski Club for two years and Model United Nations Club her senior year. She has been in the National Honor Society since she was inducted her freshman year. She was also honored to participate in Clarkson’s Project Challenge in 10th and 11th grade. Megan has been on high honor roll every year since seventh grade.

Athletics have been a big part of Megan’s journey, participating in soccer, softball, basketball, and figure skating. She received Academic All Northern, Second Team All Northern, and Defensive MVP for soccer. Megan held the position of captain of the soccer team her senior year. 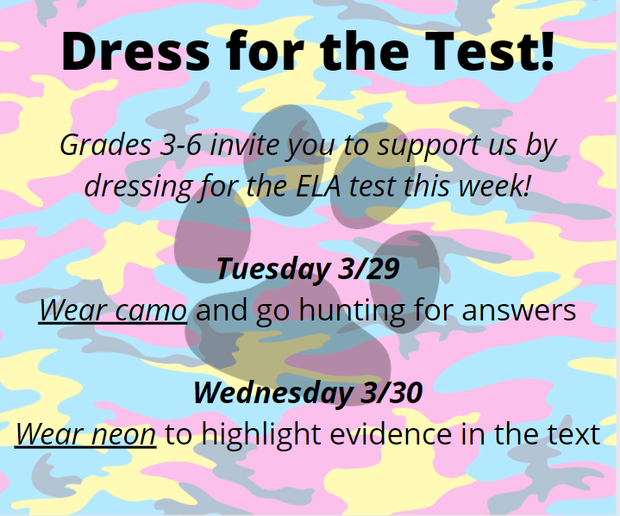 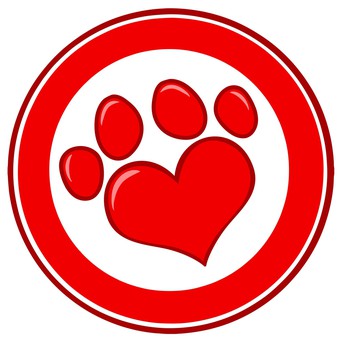 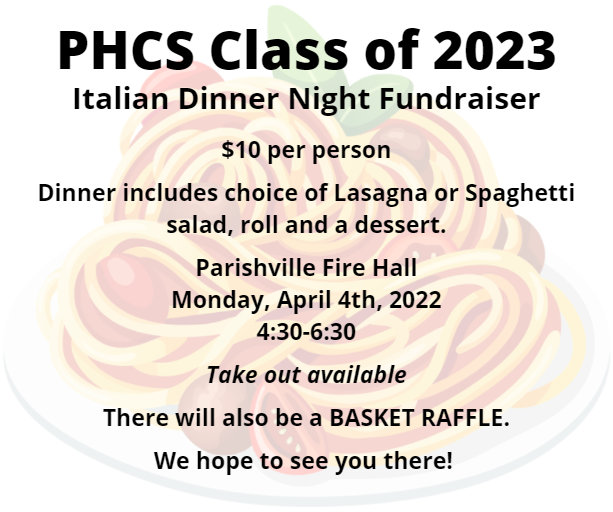 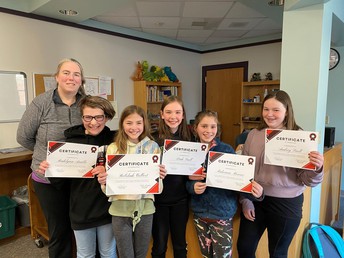 Panthers in the News

Several of our students completed a 12 session 4-H babysitting class in January and February. Jennifer Collins from Hero’s Haven then joined us to teach a CPR and First Aid class. All of the students completed the class and achieved a perfect score on their exams. Parishville-Hopkinton now has the best trained babysitters around! This class was offered to all eligible students who are currently enrolled in our All Paws Afterschool program. 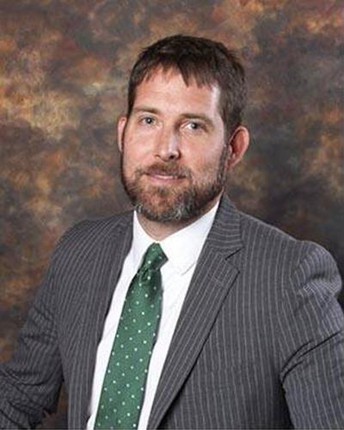 At the PHCS Board of Education meeting on Monday, March 21st, Steve Coffin, our current PreK-12 building principal, was appointed as the next superintendent of schools, pending completion of contract negotiations.

Mr. Coffin will officially begin his new position on July 1, 2022. 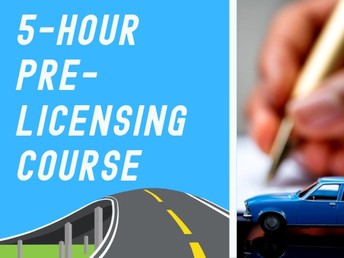 BOCES is offering pre-licensing courses at 3 p.m. on the following dates: April 2nd, May 7th, and June 4th.

You must pre-register and pre-pay for the course. Walk-ins will not be permitted. To register, go to sllboces.org. The pre-licensing courses are listed under the Spring 2022 SLLBOCES Adult Education Course Catalog. You can also call 1-888-360-7693. 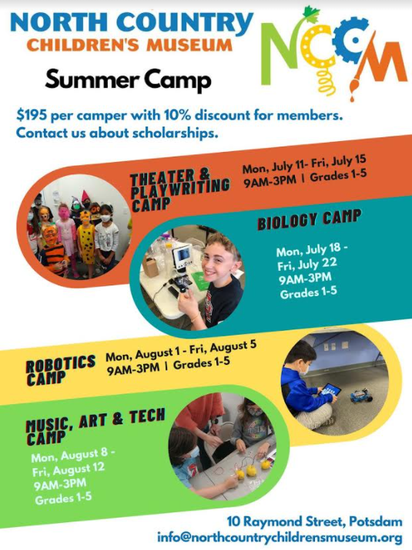 All of this information may also be accessed when you visit our new and improved school district WEBSITE. 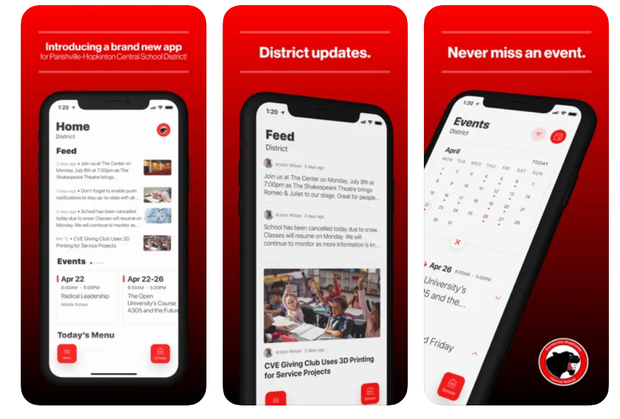 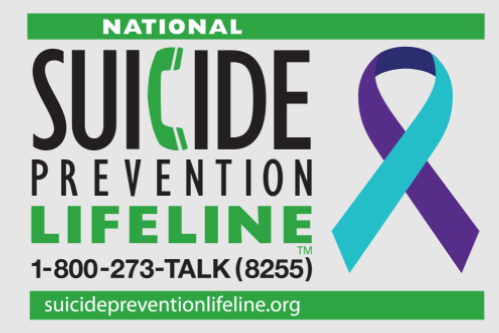 Remain up to date on your child(ren)'s grades and assignments.

Parishville is using Smore newsletters to spread the word online.