Kiley is using Smore newsletters to spread the word online.

Get email updates from Kiley:

By: Kiley Wecker and Mia Harp

By: Kiley Wecker and Mia Harp

The idea of OFO is to create a government program that only uses oil that the United States produces. As of now, the US relies on the Middle East for most of their oil, which is risky because if their government becomes unstable, then the prices of oil, and everything in America will increase, causing a downfall in our economy. The plan that OFO has will help the US stop importing oil from foreign countries, allowing us to obtain an economy that is not dependent of the Middle East.

Most of the plan will depend on the American people being able adapting to the new conditions. Instead of continuing to use oil, OFO would like to present the idea of using natural gas.

Since America is known to have a large oversupply of clean natural gas, switching to natural gas instead of oil can benefit this country greatly. It would put millions of people to work, save people money when filling up their car, and leave hundreds of billions of dollars circulating in America instead of overseas/the Middle East. If we can switch to natural gas and only use oil for very few things, there would be no reason for us to import more from overseas, because we could not only survive, but flourish off of what we have.

OFO plans to use natural gas to power our vehicles. 69% of all the oil the United States uses is towards transportation. Since most of the oil is imported from foreign countries, a large amount of that percentage is imported oil. This monstrous number shows just how much oil is needed to fill up our gas tanks daily. If we can switch from using oil to natural gas, that large percentage will diminish. Within the left 31% of oil uses, if natural gas could not be used to power those things, we could not only survive, but flourish off of the 23 billion barrels of known oil under the United States territory. Also, since America is known to have a large supply of clean natural gas, the prices of this new gas would decrease, because the supply of the natural gas that makes the fuel is larger. 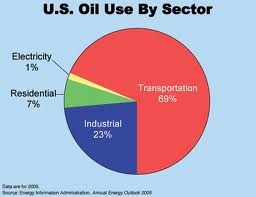 OFO would like to help electric cars, and other electric objects, become more prominent. Although natural gas could be used to power our vehicles, electrically powered cars are better for the environment, and cheaper for the American people. Natural gas would also be used to power the electricity that charges the car. This would also lower the gas prices even more, allowing the economy to become more stable and affordable.

Switching to natural gas would also open up many jobs for the American people. Drilling and transporting the gas will need new employees, which sounds like a curse, but is actually very good. With unemployment at a rate of 7.7%, and about 41% of Americans unemployed, the new job opportunities that will open up with natural gas will be a great benefit for the United States. This will also boost the economy, because more people will be working and paying taxes.

Apply more effort into finding new natural gas and oil. Even though it is possible for us to survive off of the supplies we already know we have, we will eventually run out. If we can discover new oil/natural gas, we could even start exporting our new found riches. Since we will mostly be using natural gas, if we find more oil (along with the 23 billion barrels of known oil), we can export it just like the Middle East, and become even richer off of it. Even though we will need to keep some, if we discover more and export some, we wouldn’t have to worry about our economy decreasing large amounts again. 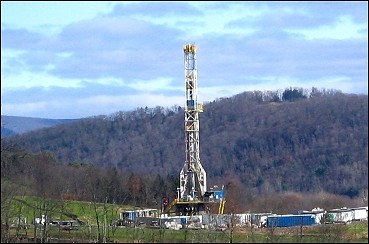 Our government program OFO (Overcoming Foreign Oil) would like to propose to you a new plan to address the issue of importing foreign oil. We are grossly dependent on oil, and we need to find a way to cut down the use of it. The middle east provides us with much oil adding up to about 9,328,000 barrels per day. This dependency we have on the Middle East is dangerous for our economy. If the government becomes unstable in these Middle Eastern countries, then the oil prices will go higher than they already are. If the oil prices skyrocket, then our economy will go down. This is not what we want, so we need to find another solution to keep our economy flourishing and very stable. OFO has come up with an idea to create a government that uses little oil, but only from the United States. We have thought of many steps to create this plan possible. If the US can stop importing oil from foreign countries, then we can control our own oil prices and economy. This plan won’t be easy but we will need the help from the American people. The people will need to be open to this new plan, and be able to adapt to the new conditions of using natural gas. If we use more natural gas, then we will not only be helping our economy, but also mother nature. America is known to have a large oversupply of natural gases. If we can switch to natural gas, then we won’t need to use much oil for anything. If we are using less and less oil, than there will be less of a need to import oil from foreign countries. OFO would also like to try and power all vehicles and electric objects with natural gases. About 69% of all our oil goes towards transportation. This is a huge number, so if we cut out most gas powered vehicles, than there will be no need of importing oil. If we can switch to natural gas then the large percentage will decrease greatly. We will not only survive but flourish off the oil we have in the US if we switch to using more natural gases. Also many jobs would open up to find natural gas, which will boost our economy even more. OFO plans to offer many jobs to anyone who is willing to put more effort into finding more natural gas and oil in AMERICA only. We believe that there is much more oil in the USA we just havn’t put enough effort into finding it. Overall, our plan will help our economy flourish while not having to worry about importing from foreign countries and helping to save mother nature. This plan will be best for everyone and the government for the United States of America. Thank you Mr. Obama for your time, we hope to discuss this plan more in detail soon.

Kiley is using Smore newsletters to spread the word online.

Follow Kiley Wecker
Contact Kiley Wecker
Embed code is for website/blog and not email. To embed your newsletter in a Mass Notification System, click HERE to see how or reach out to support@smore.com
close