Get email updates from Chancellor:

News You Can Use for the Week Beginning November 9, 2020

News You Can Use for the Week Beginning November 9, 2020

We are almost at the midpoint of the second quarter. Dealing with COVID-19 related regulations has presented a challenge to many of our students who long for a return to normalcy. Thank you for support as we continue to push our students to log in to classes, participate in class discussions/activities, and complete assignments on those days in which virtual learning is taking place. Interim grades will be available for you to view in Parentvue on Thursday, November 12th. Virtual Parent Conferences are scheduled for Tuesday, November 17 from 5:30 pm - 7:30 pm.

Stay safe and have a great week! 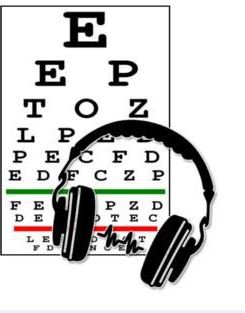 Spotsylvania County Public Schools are required to perform vision and hearing screenings for all 10th graders and new-to-county students. **If your student is currently VIRTUAL ONLY and you are interested in having this screening done, please call Laura Akeley, School Nurse at (540) 786-2606, and select option 2 to schedule an appointment. If you choose to decline screening for your child, please send an email to lakeley@spotsylvania.k12.va.us to be placed on file. Students may be dropped off at the front doors and directed to the clinic while a parent/family member remains in the vehicle as appointments will take no longer than 10 minutes. Thank you. 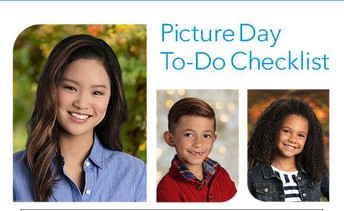 The time has come for underclassmen photos at Chancellor High School. Like many other things, this process will look quite different this year. Our photographer, Lifetouch, will be in the building Tuesday, November 10th, and Thursday, November 12th.

Students who are in the building have been scheduled a time to report to the auditorium for their portrait. You can find the schedule for in-person students here. Students who are not in the building will report to the auditorium between the hours of 3 pm and 7 pm on 11/10 OR 11/12. There is no scheduled time for these students to arrive, as long as it is within these hours. We ask that everyone entering the building wears a mask and follows social distance guidelines.

During these hours, someone will be available to guide students and answer questions. This setup is designed to prioritize safety and convenience for Chancellor families. If you have any questions, please email egrimesey@spotsylvania.k12.va.us..

You can pay for photo packages online this year. See the flyer below for additional information. 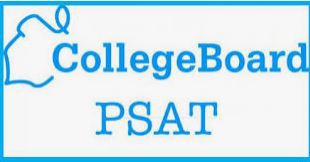 Students Interested in Taking the PSAT on Tuesday, Jan. 26th

Spotsylvania County Public Schools is covering the cost for our Chancellor HS students to take the PSAT/NMSQT this year. The test will be given on Tuesday, January 26th beginning at 7:35 am. It is important that we know how many students are interested in taking this test so we can plan accordingly to adhere to all social distancing guidelines. Please complete this PSAT Sign-up form by Friday, November 13th to sign your student up for the PSAT/NMSQT. This test is mainly recommended for juniors and sophomores and can provide valuable feedback to help prepare for the SAT. The test will take approximately 4 hours. More information about this test can be found at https://parents.collegeboard.org/college-board-programs/psat-nmsqt

Congratulations to the Artistic Team, Cast, and Crew of the original short film, Unconscious Constellations. The film received a rating of Superior at the Virginia Theatre Association's virtual conference. Destani Butler was selected for a "Best Acting" award and was one of ten students selected for this award in the state. The judges also gave the theatre department two additional discretionary awards: "Judges Choice for Video Production" and "Rethinking What Theatre Can Be." Unconscious Constellations was entirely written, directed, designed, composed, and performed by the seniors listed below at Chancellor High School. There will be a virtual screening of the short film on Thursday, November 12 at 7 pm.

At the VTA Conference, Lexi Carter played the lead role of Will in a world premiere of a musical, called Will and Whit. There were students cast from 15 different schools as a part of the production and the musical was featured in a conference-wide event on Thursday evening. There will be a virtual screening of Will and Whit on Friday, November 13, run by a theatre company based in Charlottesville named DMR Adventures.

Message from the CHHS Counseling Department

The Oxford Dictionary defines mindfulness as a mental state achieved by focusing one's awareness on the present moment, while calmly acknowledging and accepting one's feelings, thoughts, and bodily sensations, used as a therapeutic technique. Here is a great resource on everyday mindfulness that may be of benefit to you and your student. Please take a look at it when you can do so.

There are no virtual college visits this week.

WEEKLY MESSAGE FROM THE SUPERINTENDENT

SCPS has completed our first month of hybrid in-person learning and are about halfway through our second quarter of the school year! I continue to be deeply thankful for our dedicated staff and family partners who work together to engage our students in learning experiences during this challenging time.

Thank you so much for your continued partnership and support! Have a great week!