Yoojin is using Smore newsletters to spread the word online.

Get email updates from Yoojin:

Change in relationship between the Colonists & the British

Change in relationship between the Colonists & the British

Introduction to French and Indian WAr

The Seven Years' War, or the French and Indian War, was a war between Great Britain and France that changed the relationship between the American colonists and the British. 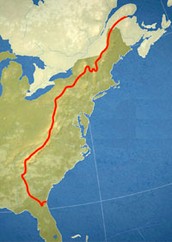 During the war, the British gained a huge amount of land across the North American continent, such as Canada and Mississippi and Ohio valley from the French. However, the Proclamation of 1763 banned all the settlements west of the Appalachian Mountains. The colonists, who saw the new land a privilege to expand their territory and settlement, were deeply displeased by the fact that they were not allowed to settle any farther. They also feared that the growing cities along the east coast would become over populated. (http://www.digitalhistory.uh.edu/disp_textbook.cfm?smtID=3&psid=159)

Another factor that worsened the relationship between the colonists and the British were raised taxes. During the war, the British spent a lot of money to pay for the weapons and the army. And to pay back the war depts, their solution was to raise the tax on the colonists. Some ways the British taxed the colonists include the Sugar Act, the Stamp Act, and the Townshend Act, which placed duties on products such as foreign wine, stamps, and tea. (http://www.digitalhistory.uh.edu/disp_textbook.cfm?smtID=2&psid=3214)

Protests against the British

The colonists thought that the Parliament had no right tax the colonists without permission, and that it was against their rights and their values of liberty and independence. In a way to protest, boycott was a popular method, which meant refusing to buy British goods. Because of all the protests, British troops settled in Boston to organize and settle the colonists, but the troops only maddened them. The Boston Massacre in 1770, a fight between the soldiers and the colonists, was the result. In this event, five colonists were shot and killed, three of them instantly killed. Another famous protest was the Boston Tea Party in 1773, in which colonists disguised as Indians dumped the tea from British ships into Boston Harbor. Because of the event, the British closed Boston Harbor until Boston paid back for the ruined tea. 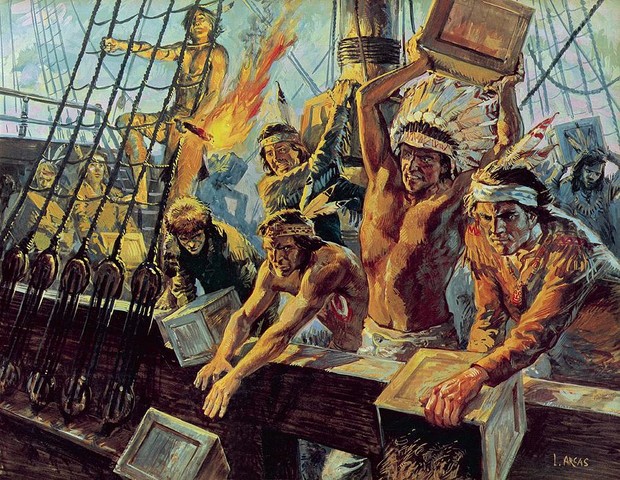 two different point of view on the Boston Massacre

“Captain Preston is said to have ordered them to fire, and to have repeated that order. One gun was fired first; then others in succession and with deliberation, till ten or a dozen guns were fired; or till that number of discharges were made from the guns that were fired. By which means eleven persons were killed and wounded, as above represented.” -Anonymous, 1770

“On my asking the soldiers why they fired without orders, they said they heard the word fire and supposed it came from me. This might be the case as many of the mob called out fire, fire, but I assured the men that I gave no such order; that my words were, don't fire, stop your firing.” -Captain Thomas Preston, 1770

Historians stilled are not settled about whether Captain Preston has ordered the soldiers to shoot or not.

As supported by the evidence above, the change in policies after the French and Indian War caused the relationship between the American Colonists and the English to worsen, as they went against the colonists ideas and value of liberty and independence. The Proclamation, heavy taxation, and strict policies would later become the spark and the foundation of the American Revolutionary War in 1775.

Yoojin is using Smore newsletters to spread the word online.