Get email updates from Raymond:

Part of the Federalist

Part of the Federalist 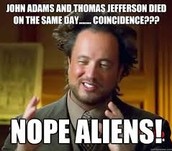 Political Party point of views are:

What are Foreign And Demestic Policies and what were Adam's?

Foreign Policy- a government's strategy in dealing with other nations.

Demestic Policy- the set of decisions that a government makes relating to the things that directly affect the people in its own country.