Born on February 15, 1820, in Adams, Massachusetts, Susan B. Anthony was an American Women's suffrage leader, speaker, and was an inspiration to women all over America. She was brought up in a Quaker family, and developed a sense of justice while still young. She taught for fifteen years before becoming active in temperance. She wasn't allowed to speak at temperance rallies because she was a woman. This led her to join the Women's Rights movement in 1852. She then gave her life to woman suffrage. Ignoring abuse and opposition, she traveled, lectured, and canvassed across the nation for the vote. She also campaigned against slavery, and for women to own their own land and retain their earnings. She died March 13, 1906. She never married. 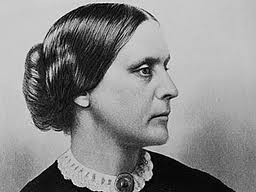