The Grid System, The Number System, and 0

The Grid System, The Number System, and 0

By Gabby and Noor

The Grid System: Ancient Indians started building their civilization with blocks that were divided by a grid of straight streets, laid out in perfect right angle. This is one reason why Ancient India was a strong and organized civilization.

This is an illustration of what the Ancient Indian grids looked like.

This was what the ruins of the grid system in India

Another site in India
The Number System: Although the numerals we use today are called Arabic Numerals, they actually originate from Ancient India. Ancient Indians also invented a certain systems that we use today, some of them are the decimal system, algebra, square roots, and cubed roots. The success of Indian mathematics was mainly due to the fact that Indians had a clear conception of the abstract number. Although the numbers we use toady come from India, many things have drastically changed. But many things have stayed the same and today we can thank the Ancient Indians for the many systems we use during math.

These were some of the first ever Ancient Indian written numbers.

Today in math we use the decimal system quite often. And the decimal system was invented by the Ancient Indains
The Number 0: Indian mathematicians' biggest contribution was the use of zero as a placeholder, to make it easier to add and multiply numbers. Our word "zero" comes from the sunskrit word meaning "nothing." Chinese Mathamatics had already been using a blank space to mean "zero" for several hundred years, but the Indians created the empty circle to be clearer. 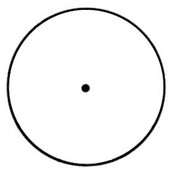 In Ancient India today's numbers were written differently, but zero was written the same as we write it today

Today we use zeros as place holders to make it easier when we divide and multiply. And we can thank the Ancient Indians for inventing this tool or trick