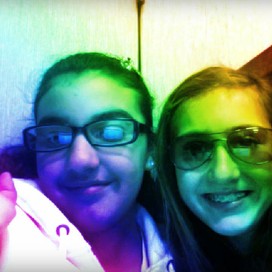 Destiny is using Smore newsletters to spread the word online.

Get email updates from Destiny:

One thing you will have to do for sure is make time to enjoy the delicious and rich food of Mexico. You can enjoy the moles, tamales, tacos of all sorts, and all the many different kinds of drinks and beverages native in Mexico. It will be hard to choose something that you won’t like, as everything is delicious though different than what you might be used to in the United States!

The small island is a favorite among readers for its historic charm and laid-back atmosphere. Plus, there are plenty of places to shop, eat, drink, or take a siesta.

Mazatlan is an affordable hop, skip, and a jump from the United States to a different world. Our readers rejoice in its activities tailored to suit anyone's needs, including beach sports, fine dining, hiking, shopping, and sightseeing.

Manzanillo has been making its mark as a top tourist spot since the 1970s. Our people come for the beaches the fishing, the relaxation and consider this city a valuable find among the vacation destinations in the country.

What to do while in méxico??

If you are at one of Mexico’s many beautiful beaches, then there is a variety of different things you should try. Mexico has a great many snorkelling and diving options for tourists and those interested. You can see all the beautiful fish and sea life that is native to the area and enjoy the beautiful ocean views. The fishing is also great, and you can go on a boat out to where there are lots of fish, catch your own fresh food, and let the beachside chefs cook it up for you while you watch.Mexico is an extremely rich and interesting place to visit, and while you’re there, you may rest assured that you’ll have myriads of unforgettable activities to be part of. You can meet people, try new things, and experience the way people in Mexico live. You can go horseback riding in the mountains nearby Mexico City, or in many of the local villages and town. You can watch and even join in on the traditional Mexican dances performed by the natives. There are hundreds of interesting and extremely informational museums, the most famous of which is the Museum of Anthropology in Mexico City. You can see all sorts of relics and artefacts from the Pre-Columbian and Spanish Conquest times. Many different travel companies offer a variety of packages for you to travel to Mexico, with particular themes and itineraries to match your needs. You can book a trip for two on a Tennis vacation on a beach in Cancun, a historical tour vacation of Mexico City or an adventure diving trip to Cozumel. Mexico is a diverse travel destination offering something that appeals to everyone.

There are so many options for travel packages, there is always one to fit your and your specific travel desires. 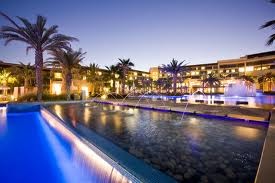 Anyone who has visited Mexico will contend that the weather is almost perfect year-round. Near the end of their rainy season, around the beginning of Fall, temperatures are cool and all the vegetation is at its greenest and most vibrant. In the southern regions of Mexico, the temperature remains between 24 and 28 °C (or 75.2 and 82.4 °F) year round. Making and ideal temperature to go out hiking through the rugged landscape and exploring the ancient Mayan ruins.

While Northern regions above the Tropic of Cancer are slightly cooler during the winter, they are still fairly warm, resting at about 20 to 24 °C (or 68 to 75.2 °F). Great weather by our Canadian standards during winter.

Northwestern Mexico and inland northern areas are drier than the rest of the country. It is hot in the summer and north winds can make inland northern Mexicochilly in winter, with temperatures sometimes approaching freezing. Inland at higher elevations, the climate is also dry and temperate, and the mountain peaks are often capped with snow.

The Tropic of Cancer cuts across Mexico near Mazatlan and Ciudad Victoria and south of the tropic it’s hot and humid all year long along the coastal plains on either side of the country. The hot, wet season runs from May to October with the hottest and wettest months falling between June and September for most of the country. Low-lying coastal areas are wetter and hotter than elevated inland ones. Though the hottest summer extremes are generally found on the coastal plains, temperatures in the Altiplano and the Plataforma Yucateca often reach higher than 100 degrees F (38 degrees C). 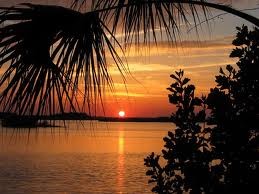 Come with us as we give you a tour around mexico! Come explore there beautiful beaches, there amazing foods, and there great vacation packages

Destiny is using Smore newsletters to spread the word online.

Follow Destiny Rivera
Contact Destiny Rivera
Embed code is for website/blog and not email. To embed your newsletter in a Mass Notification System, click HERE to see how or reach out to support@smore.com
close