"People seem to have a fixed image of me. In a way I think it is very sweet, but it's also a little sad. After all, I'm a human being. When I get angry, I sometimes swear." -Audrey Hepburn 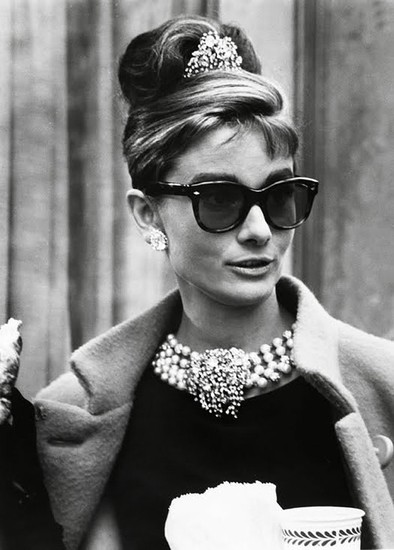 How To Be Lovely By: Melissa Hellstern 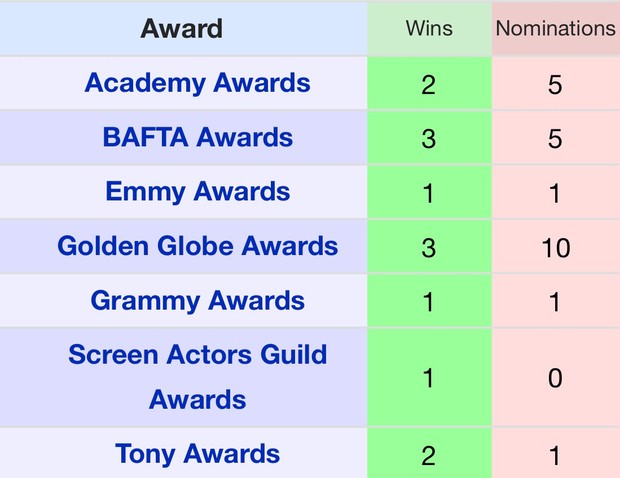 Audrey Hepburn was among the first UNICEF ambassadors and did humanitarian work long before she was awarded with a title. However, her humanitarian work was only the cherry on top of this fantastic lady. She shaped American style and became an instant icon being the muse for the designer Hubert de Givenchy. The actors of her time, for example Maryland Monroe, were portrayed as ditsy sex symbols, which set Audrey apart. She was genuinely a smart, insightful, clever, and kind role model for the mid to late 1900 time period. If Audrey Hepburn rose to stardom and became a humanitarian in present day, I do not think she would have made quite as big of an impact. Audrey Hepburn changed the game in the 50's through the 80's as a film star because she had a different image and persona than had ever before been seen in Hollywood. Then, she raised the bar even higher by becoming a humanitarian. One of the main reasons she has such an impact on people even today is because she was the first of her kind. In present day, there is a surplus of different kinds of actors and the way they present themselves. Angelina Jolie is one of the more famous, current film stars that is a UNICEF ambassador, and she is credited highly for that. Angelina is not among the first to do this, and that is why if Audrey Hepburn was put in present day she would not be as impactful as an icon for humanitarian work, fashion, and persona. Do not get me wrong, if Audrey Hepburn was thrown into Hollywood right now, she would still be successful and make a difference in the lives of people all around the world. She just would not be as successful as she was during the time period she lived in. In addition, WWII was definitely a defining time in Hepburn's life that caused her to be as kind and carefree as she was, wanting to help impoverished children in need because she herself was a child in need. If I had Audrey Hepburn's tenacity and kind heart, I would become a humanitarian as well but also an activist, raising awareness for children in need. Hepburn did not make speeches or necessarily raise awareness for UNICEF, instead, she just did it. She had no desire to get credit for the work she was doing or have her humanitarian work even be known. I on the other hand would give speeches, raise money, and raise awareness to what I was doing in order to inform the public. I would also focus on the poverty and starving children in America because that is where I live, and I feel as though I should make sure the children that I live amongst are taken care of. Then, I would go off to starving countries to assist and raise awareness. 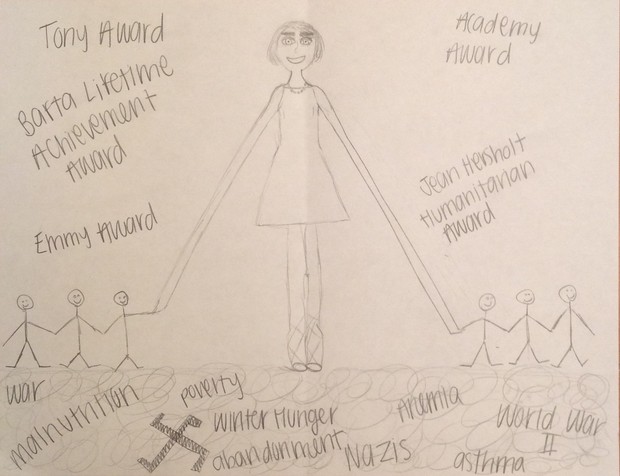 content.time.com
Remembering the incandescent star on the 14th anniversary of her death

In Richard Corliss's article, Audrey Hepburn: Still the Fairest Lady, Hepburn is portrayed as the humble shape of Hollywood continuing to present day. With her effortless beauty, elegance, and style, she created a new kind of star in a sea of dwindling, misbehaved actors. Corliss is right in that Audrey Hepburn is one of a kind and still the best there is. Hepburn reinvented how to behave properly in public and how to be a role model. Yes, her beauty and grace would have been enough to be an icon for the public, but she did not let her beauty define her. She was kind, smart, talented, and selfless. Corliss makes the point that one of the reasons that Audrey Hepburn is still the most lovely women is because famous people now do not behave. The perception of the rich and famous is that they mess up, go to rehab, and hopefully don't fall off the deep end again. Audrey Hepburn on the other hand, had a squeaky clean public image that created a "moral and emotional aristocracy", which is not the case in this day and age. Her humble character made her even more lovely. She was so unaware of her beauty and elegance, which definitely worked in her favor because she never worried about her public image. Hepburn never let any of the fame or beauty go to her head, which made her even more selfless and an even better person. Hepburn still lives on with her humanitarian work but also in her image. In Hollywood, there have been remakes of the films she starred in, as well as a continuation of her fashion choices. The tone of this article is respectful and reverent. Corliss raves about Audrey Hepburn, giving many valid examples of why she is iconic and still the best of her kind.

Audrey Hepburn's main cause was assisting and experiencing first hand children affected by war and disaster ridden countries. She advocated for them before their governments and United Nations special assemblies. Recently before she died, she was working with underprivileged children in Africa and selling dresses from her famous roles to raise money in order to bring clean water, and to provide food and clothing to the children in need. What initiated this was her experience in WWII, which was mentioned earlier. She herself was malnourished and on the verge of death, and she wanted to help children that were in the same position that she was in prier to her stardom. This also created a mindset that nothing was really that import besides her loved ones, so this created the carefree attitude of just helping people and not worrying about the media. Audrey Hepburn was a humanitarian long before she was appointed any awards. In 1992, Hepburn was awarded the Presidential Award for UNICEF and appointed Goodwill Ambassador or UNICEF. She didn't really give speeches or brake any laws for this cause. She did this solely because she wanted to and did not inform the media of what she was doing. Many stars of her time were under contract and the managers had them do charity work, but that was only for public appearance and press opportunities. To accomplish her goal to supply children with clean water, food, and clothing, she did not worry about the press or her image. Therefore, she was able to do quite a bit because her primary focus was helping children and was unconcerned with public was aware of her philanthropy. Audrey Hepburn took less roles to focus on her children, but when they were grown, she still did not return to acting. She sacrificed going back to acting in order to assist the children of third world countries. Her humanitarian work was more important to her. Also, when she was in those impoverished countries, she lived where the children lived with dirt houses where cleanliness was the least of their worries. She sacrificed her health and safety in order to help starving children. In present day I feel as though she would have the media behind her in order to raise more awareness to her cause. I feel like she would have adopted the same cause because of what she went through in WWII, however I do think she would have broadened her work. In present day Audrey would have worked more with advocating for gender equality in the Middle East. In Saudi Arabia, women are not even allowed to leave the house without a male escort, and the literacy gap between males and females in Mali is 49%. Hepburn would have continued with her work in supplying food and water but also adopted the cause of women's rights in countries where women are unable to be educated and seen as lesser of a person.

Audrey Hepburn was a new kind of movie star and blew up quickly. She appealed to everyone because she had a different look and persona about her. Being a victim of World War II made her a happy, easy going person with not man cares in the world. Her as an actress and the fame that followed was not important to her because she had to cling on to life as a child. Her priorities were different than many stars of her time (safety, food and family), which created an appeal to the public. The way she lived her life is how everyone should live theirs: selflessly and happily. Her personal style was iconic with the help of Givenchy being her stylist. She was one of the most beautiful people in history not just because of her look but because of her kind heart and grasp on the important things in life. Not only did she change the film industry, she also changed actors in Hollywood. She became an ambassador for UNICEF and was a humanitarian long before that. The people of Hollywood did charity work for publicity and not out of the kindness in their heart. Audrey Hepburn was among the first to start the revolution of movie stars giving back. She made over 50 trips around the world to help children in need of food, water, and shelter, just as she needed when she was a child in Holland. Her legacy and ability to love and care so much will lives on, impacting people daily. 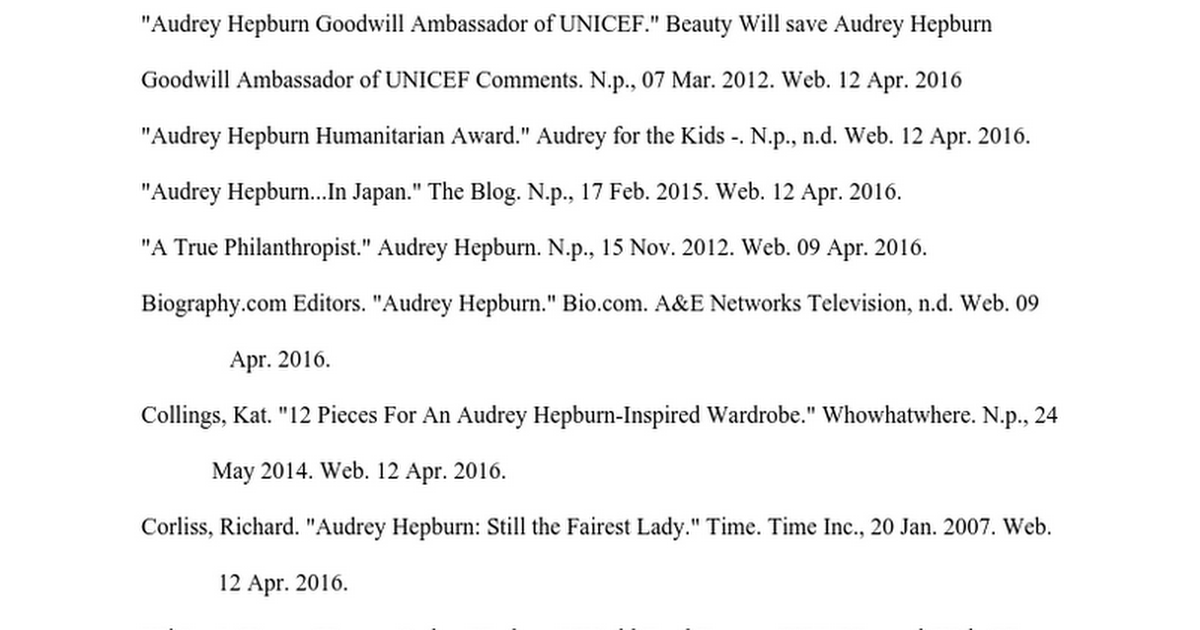