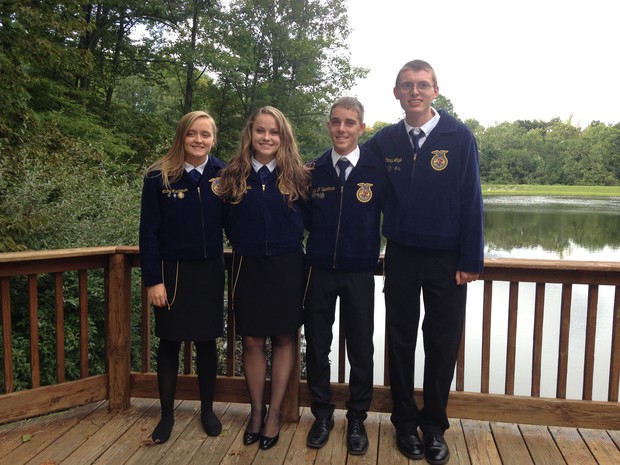 Retiring. That’s a term many teenagers aren’t used to at this point in their life. On Friday, April 28, Scottsburg FFA senior officers retired their jackets and welcomed in a new team for the 2017-2018 school year. We had seven senior FFA members graduate, as well as four executive FFA officers retire their jackets.

This year, we had a total of one hundred ninety-two community, family, and FFA members that attended our annual FFA banquet. The Scottsburg FFA also had the privilege of welcoming Indiana FFA State President, Jessica Mars, to our FFA banquet. Mars was welcomed with open arms by FFA members and also gave a speech at the banquet. In addition to retiring senior officers, we recognized our members who earned various degree’s including the Discovery, Greenhand, Chapter, as well as the State FFA Degree.

We also awarded numerous members for their involvement in both agriculture classes and as well as in FFA. Please help us congratulate our new 2017-2018 Scottsburg FFA executive team as we begin the new FFA year!

Canterbury Tales is making an Encore

The SHS Drama Club will host an encore performance of The Canterbury Tales at 6 p.m. Wednesday, May 17, in McClain Hall. Tickets are $5 each and can be purchased from any SHS Drama Club member or at the door on the day of the performance. The show lasts for about two hours with a 15-minute intermission between acts. Concessions are available for purchase.

Last weekend, the Drama Club presented its first two performances of The Canterbury Tales on April 29 and April 30 with positive reviews. During the weekend shows, hundreds of people attended to see the nearly two dozen cast members perform several different characters. The show includes elements of technology with a 3-D printed mask, video clips, and a rear projection system.

The Canterbury Tales, adapted by Lindsay Price, tells how a group of pilgrims travel from London to Canterbury to visit the shrine of Saint Thomas Becket. Along the way, the pilgrims have a story-telling contest to see who has the best tale. The original literary classic was written by Geoffrey Chaucer during the Middle Ages.

The cast of The Canterbury Tales:

Miah Northcutt as The Hostess

Edwin Callahan as The Miller

Jena Livesay as The Prioress

Katelynn Langley as The Cook

Tanner Visetchaisri as The Franklin

Parker Barrett as The Pardoner

Corey Lagle as The Reeve

Dustin Calhoun as Chanticleer and Knight

Blake Stewart as Simekin and King

Antonio Valk as John and Arviragus

Kodi Righthouse as Allison and Queen 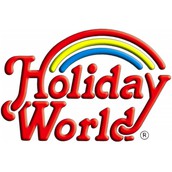 The Senior Class will celebrate their last few days of school by traveling to Holiday World on May 22nd. The class has paid for two motor coach buses to transport students. All participants MUST ride a bus. The cost of entrance into the park is $20/person. Students will leave school shortly after morning attendance and return at 6:00 p.m. Those wishing to attend must pay Mrs. DePriest by Friday, May 12th.

Students must be at least 15 years old by the first day of class in order to enroll. All students, no matter what school they attend, are welcome to enroll.

Instructor will be Mr Buff Gardner.
Call Drivers Ed LLC at 812-352-8400 for more information and/or to enroll. 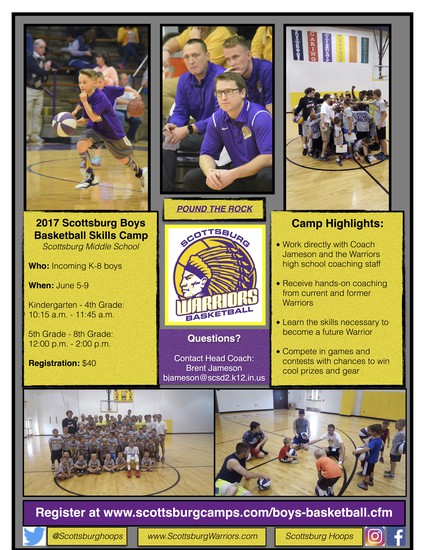