During the book The Great Gatsby, the importance of wealth was portrayed in many ways throughout many different events. These events showed the difference between people of different classes and how their classes caused them to react. People of a higher economic status felt as if they were better than people who were beneath them, and people of lower classes often tried to impress the higher class. Gatsby’s life was pretty much based on proving himself to everyone that he is no longer poor. All this goes to show that wealth is the idea of success and it was what the society valued. Those who do not have access to this advantage end up being neglected, searching for the lifestyle in other places, and not having much of a happy ending.

Myrtle married someone who was in a lower class than her because she believed he was a gentleman but when she noticed that he didn’t have money she immediately regretted the marriage and began to cheat on him with someone who was privileged and in a higher class than her. She wasn’t satisfied with the man she was married to or the lifestyle they were living. On page 35 Myrtle says to everyone, “‘The only crazy I was was when I married him. I knew right away I made a mistake. He borrowed somebody’s best suit to get married in, and never even told me about it, and the man came after it one day when he was out.’” This piece of evidence just shows how she was so upset about marrying him when she found out that he struggled money wise. This relates to my point by showing how people of a lower class have to live in order to please a woman, George had to borrow a suit and she hated him for doing such a thing and instead of Myrtle paying attention to all he went through just to make her happy, she's only focused on the fact that he isn't a wealthy man. It's almost as if she's embarrassed of what her husband has to go through in order to do things that a wealthy man can do in his sleep. This example supports the part of my thesis that says people. who aren't wealthy or have access to wealth search for that lifestyle in other places because Myrtle cheats on her husband with Tom who is wealthy.

Gatsby tried everything in his power to explain why him and Daisy weren’t together, all he wanted in life was to be with her but he wasn’t able to do so in the past because when they were in love he was poor and she wasn’t. The text states on page 130,“She never loved you, do you hear? He cried. She only married you because I was poor and she was tired of waiting for me. It was a terrible mistake, but in her heart she never loved anyone except me!” This just goes to show how important wealth was in a relationship. Just because someone was of a lower economic status, that prevented happiness and prevented Daisy From being with Gatsby so she married someone she didn’t even care to be with just because he had more money. Gatsby was thrown down the gutter and had to live his life trying to turn it around for the woman he wanted to be with trying to impress her with his new party throwing fancy lifestyle. This example represents the part of my thesis that stated people who weren't born into the upper class were neglected regardless of the type of person they really were which changed the way they lived life. Gatsby then began to live life in ways to impress people and change his impression of being a poor man.

Lastly, everyone who was associated with the lower class ended up dead. Myrtle was hit by a car and killed by Daisy but gatsby loved her so much he took the blame for that which eventually caused him to end up dead. On page 162 of The Great Gatsby the text states,“It was after we started with Gatsby toward the house that the gardener saw Wilson’s body a little way off in the grass, then the Holocaust was complete.” Gatsby got the worst end of the stick just trying to protect Daisy and after his death, Daisy never even looked back, her and her husband disappeared and weren’t even heard from after that. They didn’t care much about people who were lower than them and all those who were of a lower class had a sad ending because of the upper class. Nick knew how to remove himself from situations and stayed out of things which is why his ending wasn’t as chaotic. Daisy never admitted what she did, and George was so upset with the death of his wife that he killed whoever there was to blame. So Gatsby died trying to win love which took away from a lot of other things he could've been living life for. Daisy didn't even care enough to own up to killing myrtle and let Gatsby be killed for something he didn't even do. Did she feel as if she was too good to take the blame? This paragraph has many examples that support my claim of everyone who weren't lucky enough to be born into the upper class didn't have much of a happy ending. They literally all ende dup dead and the deaths were tragic and unfair.

The most valued thing in this society was demonstrated in many ways and that was wealth. Women preferred wealthy men and even though Daisy married a man that was wealthy it showed that she wasn't happy because she was still cheated with Gatsby only because she didn't believe in divorces and couldn't marry him when he was poor. Why not love a person for who they were and not what they had? The most important thing wasn’t even someone’s personality but it was their economic status. First impressions also played a main role in who you were. You could be born into a lower class but make a difference throughout life but still be marked with a title of “poor’ which can prevent you from achieving the relationship you’ve been longing for. Gatsby spent his life trying to impress Daisy and change her thought of him by living such a fancy life and even trying to protect her but it just ended up killing him. Myrtle wasn’t pleased with the life her husband could afford to give her so she cheated on him with someone who was rich. It was always about the money and less of the person, because even though Tom cheated on Daisy and admitted it, she still stayed with him because in their case, money did buy happiness.

Through a Literary Lense

Sometimes they are all viewed sometimes some are overlooked

Looking through a lens is like zooming in on a picture

More things stand out up close rather than far

It’ll focus your attention on certain details, patterns, and information

You can piece them together to get the bigger picture

So reading critically through a lens benefits the reader

Looking through a magnifying glass amplify’s your view

Which helps you to look at things from different angles 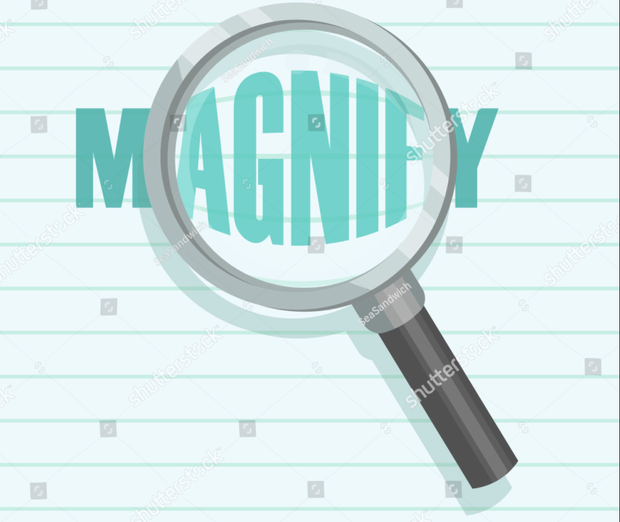 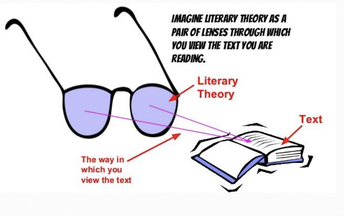 I wrote this poem to answer the question, "how can reading critically through literary lenses change our understandings of a story?" I believe that by viewing things through a critical lense, it'll help you to focus on specific aspects and it'll help you notice certain details that are overlooked if they aren't broken up and analyzed separately. Looking through a lense also helps you to better understand the author's purpose of certain events and etc. It'll help you interpret things better when you look at something up close, because you see things that you may have missed when looking from a far. So I believe looking critically through a literary lense positively benefits us but breaking up a story and viewing them piece by piece which will bring light to other overlooked things that you may have looked over and it'll widen your thinking and clear your understanding and change the way you view the text.

For chapter 1-3 I decided to do an Instagram Template to help represent and explain Nick who was the narrator of the Great Gatsby as a character. I was explaining events and people from the story in a way I believe Nick was. The purpose of this creative response was to use the book and certain events to describe Nick as a character and how he reacted to certain events that take place in the story. This entry was about chapters 1-3 of the book and I described Nick as observant because he was one who didn't really judge people regardless of if he agreed with someones actions or not. He was always stuck in the middle of drama but never really apart of it. He was also very respectful when it came to women and just payed attention to the simple things in life and in people and that's what the pictures and captions I used in this assignment represented.

For chapters 4-6 I decided to do a journal entry from the perspective of Tom who was one of the upper class characters in the Great Gatsby. I brought light to how he felt and treated his wife, and how he feels about his interaction with Gatsby when he goes to a party. I just explained his thoughts based on what I read in the story. The purpose of this entry was o show how i viewed Tom and how I believed he felt about certain things and explain him as a character based on certain events in the story. I thought t his was a good way to tell the story from another perspective which will help people understand the type of person he was. People usually write journals to express their feelings that aren't exactly visually displayed. So I used the type of character I believed he was to write a journal entry based on events in chapters 4-6 to explain Tom's thoughts and the type of person he was and how he felt about certain things based on how he acted but didn't necessarily express.

Fitzgerald, F. Scott. The Great Gatsby. New York: Scribner's, 1925.
Embed code is for website/blog and not email. To embed your newsletter in a Mass Notification System, click HERE to see how or reach out to support@smore.com
close