PBS and member stations are America’s largest classroom, the nation’s largest stage for the arts and a trusted window to the world. In addition, PBS's educational media helps prepare children for success in school and opens up the world to them in an age-appropriate way. PBS materials are cross curricular and are available for many grade levels.

NOTE: While this flyer contains many of the items we have available, we also have other DVDs PBS available, as well as PBS Learning Media (streaming videos, lesson plans & more).

The WSWHEBOCES MultiMedia Library has been working on increasing the number of PBS materials available in the library collection. PBS Educational materials come with limited public performance rights. These videos may be shown in a classroom or screened by a public group, for educational purposes, when no admission is charged for the viewing. 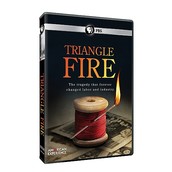 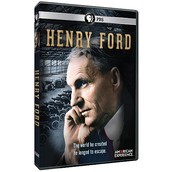 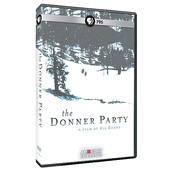 HENRY FORD paints a fascinating portrait of a farm boy who rose from obscurity to become the most influential American innovator of the 20th century. Ford's Model T automobile and his five-dollar-a-day wage ushered in the modern world, earning Ford reverence from millions of Americans. Yet many of the changes he wrought deeply troubled the car-maker. In frustration, he lashed out at enemies, real and imagined.

An ambitious engineer turned a ragtag army of unemployed into a celebrated work force to create the Hoover Dam, a colossus rising 700 feet above the Colorado River that became a beacon of hope in dire times, bringing electricity and water to millions in the U.S. West.

The abolitionists tore the nation apart in order to create a more perfect union. Men and women, black and white, Northerners and Southerners, poor and wealthy--these passionate anti-slavery activists fought body and soul in the most important civil rights crusade in American history. What began as a pacifist movement fueled by persuasion and prayer became a fiery and furious struggle that forever changed the nation.

Trapped in the Sierra Nevadas during the bitter winter of 1846, nearly 90 members of the Donner and Reed families longed for California's "Promised Land." But an untried shortcut became a death warrant for half of them--victims of madness, death, and cannibalism. The program re-creates the Donner Party's journey from family journals, newspaper accounts, and interviews with historians and descendants.

The Triangle Fire chronicles the fire that tore through the Triangle Shirtwaist Factory in New York City killing one hundred and forty-eight young women and forever changed the relationship between labor and industry in the United States. A relationship that is still in question today as Americans re-examine the balance between the welfare of citizens and the motivations of global capitalism.

The Battle of Little Big Horn, known as "Custer's Last Stand," has inspired over 1,000 painting and works of art, and General Custer and his doomed 7th Calvary have been wiped out by Indians in more than 40 films. Yet the battle left no white survivors also left two very different accounts of Little Big Horn: one white, one Indian. Using journals, oral accounts, and Indian ledger drawing, as well as archival and feature films, a Native-American novelists and a while filmmaker combine talents to examine this watershed moment in history from two views: from that of the Sioux, Cheyenne and Crow, who had lived on the Great Plains for generations, and from that of the white settlers who pushed west across the continent. Pulitzer Prize-winning Native-American writer Scott Momaday narrates.

In 1963, Rachel Carson published Silent Spring, a book on the chemical poisoning of the environment. Her book sparked a revolution in governmental policy and became instrumental in creating a new ecological consciousness. 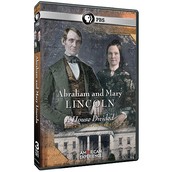 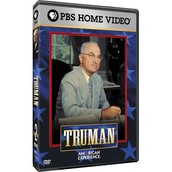 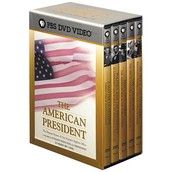 Elected President only to see the nation fracture in two, Lincoln led a confused and frightened people through the most terrible war in their history. At the same time, his own household mirrored the fissures that split the nation: the great emancipator was married to the daughter of a slave owner from Kentucky. Mary Todd Lincoln was an aristocratic southerner who met Lincoln when he was still a backwoods politician lacking in experience and sophistication. Although she remained fiercely loyal to her husband and the Union cause, two of her brothers fought for the South. Their marriage was long and turbulent, and knew many trials, including the loss of two children. Abraham and Mary Lincoln: A House Divided weaves together the lives of the two Lincolns, drawing us into their long-vanished world.

American Experience: George Washington: The Man Who Wouldn't Be King (022538)

George Washington: The Man Who Wouldn't Be King is the story of a man who grew into greatness by accepting the challenge of leading a fractious, rag-tag army against the might of the British government. Using impressionistic photography and rare paintings, etchings and prints from museums, libraries, and private collections, this film goes beyond the standard textbook portrait to reveal the real George Washington.

He was a farmer, a businessman, an unknown politician who suddenly found himself president. Of all the men who had held the highest office, Harry Truman was the least prepared, but would prove to be a surprise. Acclaimed filmmaker David Grubin recounts his struggles and success as an army captain and marriage to his lifelong sweetheart, Bess. When he landed the vice presidency in 1944 he had no idea that his world was about to change forever.

Returning from France, Jefferson strives to preserve the fragile new U.S. government and helps create the first political party, in bitter struggles with the Federalists. He becomes vice president in 1797, and the third U.S. president in 1801. His Louisiana Purchase doubles the nation's size, but he faces controversy and scandal, finally retiring to his beloved Monticello in 1809. His last years are spent founding the University of Virginia.

Ulysses S. Grant - Remembered as a brilliant military strategist—whose ruthlessness earned him the nickname "Unconditional Surrender" - General Ulysses S. Grant was the greatest Union hero of the Civil War. But though he won the loyalty of thousands of soldiers, and the undying respect of Abraham Lincoln, Grant could not parlay his reputation as a general into presidential success: his time in the White House was plagued by scandal and economic depression. This film looks at Grant's legacy though the lens of his entire career, from before to the Civil War to his dying days.

FAMILY TIES: J.Q. Adams, B. Harrison, F. Roosevelt, Kennedy. The last thing that the Founding Fathers envisioned was a hereditary chief executive. After all, they fought a war in part to rid themselves of a king. Yet, power inevitably passes from generation, and several families have returned to the White House as though born to it. The stories of the four men profiled, reveal both the blessings and the curses of inherited power. HAPPENSTANCE: Tyler, Fillmore, A.Johnson, Arthur, Truman. Nearly one in five American presidents died in office. The vice presidents who succeeded them were often chosen for the ticket less because they were equal to the most powerful office in the land than because they provided some electoral advantage. What happens when such a man takes office - frequently facing widespread conviction that he is unworthy of the power he inherits?

THE AMERICAN PRESIDENT: POLITICS AND THE PRESIDENCY (020085)

AN INDEPENDENT CAST OF MIND: J.Adams, Taylor, Hayes, Carter. Is an independent cast of mind the best approach to the presidency? The four men profiled pursued a course that took little account of political affiliation, becoming presidents, in essence, without being politicans. Taken together, they present a cautionary tale: all had difficult presidencies, and neither of the two who sought a second term was granted one. THE PROFESSIONAL POLITICIAN:Van Buren, Buchanan, Lincoln, L.Johnson. In our nation's early years, taking part in political affairs was considered a duty and an honor, but not a way of life. It was not long, however, before the professional politicians, and the parties they represented, began to find their way to the White House. While the skills necessary for political success can be helpful to a president, they are not sufficient to guarantee success in the office.

THE AMERICAN WAY: Jefferson, Coolidge, Hoover, Reagan. It is often observed that American national identity is less a condition than an idea. What we have come to refer to as "the vision thing" is an expectation that our presidents will bring to the office a particularly strong sense of national mission. The four chronicled here may have understood the special character of America in different ways, but in all cases a belief that there was a distinctly American way of doing things guided their decisions. THE WORLD STAGE: Monroe, McKinley, Wilson, Bush. The president has no greater responsibility than representing the nation on the world stage. These four men engaged in this task at critical times in our national history and their achievements on the world state stand as their most durable legacy.

THE HEROIC POSTURE: Washington, W.H.Harrison, Grant, Eisenhower. From the beginning, the presidential office has beckoned to national heroes renowned for their selfless service to their country. This affinity is especially strong for men of military fame, for the president is formally the commander-in-chief as well as symbolically the steward of the national interest. COMPROMISE CHOICES: Pierce, Garfield, Harding, Ford. With the rise of political parties came the dawn of political compromise; nominees were selected because they were less offensive to some voters than those who might have been the best candidates. Two of the men profiled found the presidency beyond their abilities, while two proved themselves worthy of having been called to the highest office in the land.

EXPANDING POWER: Jackson, Cleveland, T.Roosevelt, Nixon. Though the powers of the presidency have expanded with the growth of the nation, the process has been anything but smooth. These four presidencies are benchmarks in the development of executive power. Three stretched the office to its constitutional limits; the fourth overstepped those limits and brought on a new era of presidential weakness. THE BALANCE OF POWER: Madison, Polk, Taft, Clinton. The final episode examines presidential leadership in an era of an increasingly divided government. The American presidency was conceived as one part of a larger system of institutions, and its effectiveness rests in part upon a good measure of cooperation among the branches. The presidents arrayed in this episode suggest four different conceptions of government within a constitutionally structured balancing act.