Born May 17, 1939, Gary Paulsen is one of America's most popular writers for young people. Although he was never a dedicated student, Paulsen developed a passion for reading at an early age. After a librarian gave him a book to read — along with his own library card — he was hooked. He began spending hours alone in the basement of his apartment building, reading one book after another. Gary Paulsen titles are a staple of the WSWHE BOCES MutliMedia library collection. Not only are Gary Paulsen titles wonderful books for all students, but they appeal to struggling readers and high low readers as well. 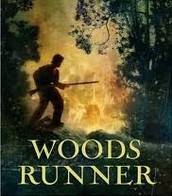 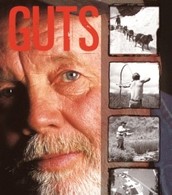 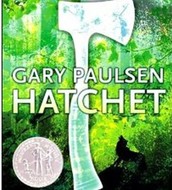 In Hatchet, 13-year-old Brian Robeson learned to survive alone in the Canadian wilderness, armed only with his hatchet. He was rescued at the end of the summer. Brian's Winterbegins where Hatchet might have ended: Brian is not rescued, but must build on his survival skills to face his deadliest enemy--a northern winter.

Slow learner Daniel Martin escapes peer teasing by spending most of his time outdoors, and when a van crash plunges him and a gang of bullies in the river, Daniel must choose between saving himself and risking his life to save the others.

Guts: The True Stories Behind HATCHET and THE BRIAN books (350363)

Guess what -- Gary Paulsen was being kind to Brian. In Guts, Gary tells the real stories behind the Brian books, the stories of the adventures that inspired him to write Brian Robeson's story: working as an emergency volunteer; the death that inspired the pilot's death in Hatchet; plane crashes he has seen and near-misses of his own. He describes how he made his own bows and arrows, and takes readers on his first hunting trips, showing the wonder and solace of nature along with his hilarious mishaps and mistakes. He shares special memories, such as the night he attracted every mosquito in the county, or how he met the moose with a sense of humor, and the moose who made it personal. There's a handy chapter on "Eating Eyeballs and Guts or Starving: The Fine Art of Wilderness Nutrition." Recipes included. Readers may wonder how Gary Paulsen survived to write all of his books -- well, it took guts.

After a plane crash, thirteen-year-old Brian spends fifty-four days in the Canadian wilderness, learning to survive initially with only the aid of a hatchet given him by his mother, and learning also to survive his parents' divorce.

Born into slavery, Bass Reeves became the most successful US Marshal of the Wild West. Many "heroic lawmen" of the Wild West, familiar to us through television and film, were actually violent scoundrels and outlaws themselves. But of all the sheriffs of the frontier, one man stands out as a true hero: Bass Reeves.He was the most successful Federal Marshal in the US in his day. True to the mythical code of the West, he never drew his gun first. He brought hundreds of fugitives to justice, was shot at countless times, and never hit. Bass Reeves was a black man, born into slavery. And though the laws of his country enslaved him and his mother, when he became a free man he served the law, with such courage and honor that he became a legend.

In 1768 a gunsmith named Cornish McManus built a rifle of such accuracy that he knew he could never create another like it. He intended to keep and treasure his masterpiece, but with a new wife to provide for, he felt pressed to sell it. Soon the rifle was helping one John Byam become a legendary sharpshooter in the American Revolution. But when Byam succumbed to dysentery, the weapon was passed on to yet another owner, and then another and another, until the present day.

Because of his success surviving alone in the wilderness for fifty-four days, fifteen-year-old Brian, profoundly changed by his time in the wild, is asked to undergo a similar experience to help scientists learn more about the psychology of survival.

Samuel, 13, spends his days in the forest, hunting for food for his family. He has grown up on the frontier of a British colony, America. Far from any town, or news of the war against the King that American patriots have begun near Boston. But the war comes to them. British soldiers and Iroquois attack. Samuel's parents are taken away, prisoners. Samuel follows, hiding, moving silently, determined to find a way to rescue them. Each day he confronts the enemy, and the tragedy and horror of this war. But he also discovers allies, men and women working secretly for the patriot cause. And he learns that he must go deep into enemy territory to find his parents: all the way to the British headquarters, New York City.

In a memoir as compelling as his novels, Newbery Honor author Gary Paulsen tells the story of his intimate relationship with Minnesota's north woods and the dog team he trained for the Iditarod dogsled race across Alaska. With thrilling immediacy, Paulsen pulls us into the breathtaking drama of his own story. For a rugged outdoor man and his family, life in northern Minnesota is a wild experience involving wolves, deer, and the sled dogs that make their way of life possible. This book includes a harrowing account of the author's first Iditarod. His life-changing adventure begins with sparkling days and moonlit nights spent running with his dogs in the Minnesota wilderness.

The Lexile codes are:

The MultiMedia library is open 7:30am-3:30pm Monday-Friday. Please call or email us if you have any problems or requests!
27 Gick Road, Saratoga Springs, NY, United States abehan@wswheboces.org (518) 581-3730 wswheboces.org/SSS.cfm?subpage=152