The Austria design and built the rocket

It was originally design and built by McDonnell Douglas after it merge with Boeing in 1997 it was built by Boeing Intergrate defense system.

The 1st successful Pegasus launch was in April 5 1990.

Most of the Pegasus was design by dr. Antonio Elias team.

The wing was design by Burt Rutan 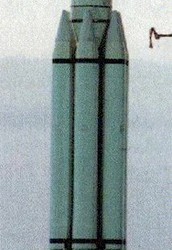 In December 1990 it was purchased by EER system and the design was modified again using castor engines originally by scout.