The Latest and Greatest in room 154. Moon Edition.

The Latest and Greatest in room 154. Moon Edition. 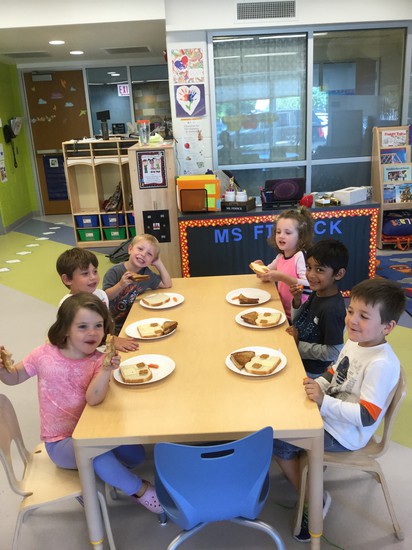 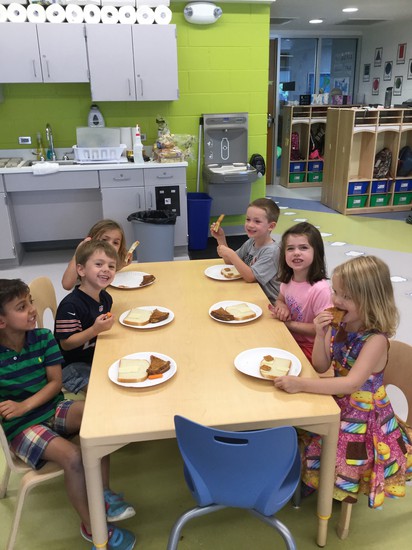 Our Noteworthy Week in a Nutshell

Connecting to each child's personal information, we used their address to lead to a week long conversation on houses. We began by learning about all different kinds of houses, seen all around the world. We discussed the different materials that would be used based on the environment and location of the houses. For example, in the arctic, houses can be made with snow and ice, but those houses would not last in other areas of the world.

We had a great time examining the exterior of all your houses! I projected pictures up on the whiteboard, one at a time, and had the students discuss colors, textures, materials, and other observations of each house. Then, I printed them off and made them into a class book.

This week we also honed our building skills. We built houses out of almost everything we could find in the room. The overwhelming favorite was using foam blocks with shaving cream as the mortar. Messy, but SO FUN. Many students also created houses using brown paper bags and various pieces of construction paper to add and decorate.

I had some grand plans to have the students assist me in making concrete bricks of our own, but after a trial run at home with Quikrete (involving the loss of a soup ladle, some ice cube trays, and an incredibly messy kitchen) I decided it was more of an adult craft. I did show them the bricks and continue to make batches so that we can use them to build with next week. We even ordered water soluble mortar that the students will use. It will harden to form (semi)permanent structures, but will dissolve with water when we are ready to start fresh.

As a fun addition to the week, we read the three little pigs and got to explore holding the real materials of bricks and sticks, comparing their strength and weight. In addition to exterior, we began touching on the interior rooms of houses! While we haven't revealed all the photos you guys sent in, we were able to transform our dramatic play into different rooms of a house! I added some dress-up clothes and got some really cute pictures :) 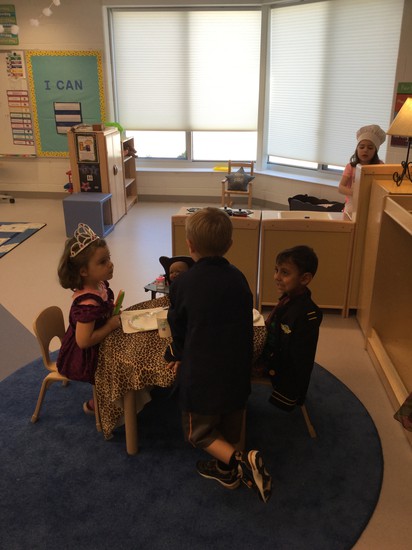 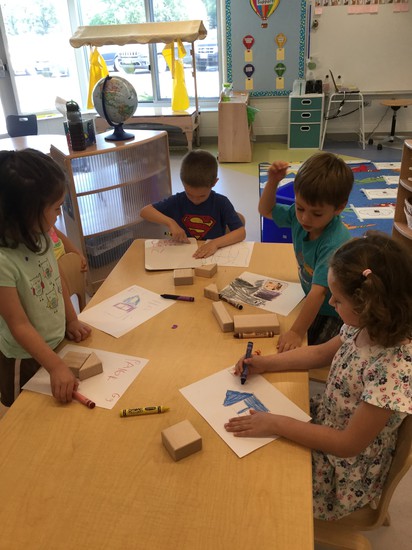 News from our Neighbors in Specials

This week in Movin’ and Groovin’ we did an obstacle course to clean up Ms. Rachel’s room! She left it quite a mess! The kids worked on stair climbing by being encouraged to use an alternating foot pattern on the steps. They jumped off a higher surface (with help

if needed!). The walked across a balance beam and some of them were able to bend down to pick up a toy without losing their balance! Then the kids complete a series of 6 2-foot jumps until they got to the toy box to put in the toy. Not only did the kids work

During music the students made a pretend fruit salad, taking turns pretending to chop of their fruit on the beat of a song. "Chop, chop, chippity chop. Cut off the bottom, cut off the top. What we have left, we'll put in the pot." It was great listening to the students generate ideas for what things to add. After, they listened to a new storybook version of the itsy bitsy spider, sang by Mrs. Blair, and all of the little spider's adventures one day.

This week cooking & conversation reviewed and reinforced our study on homes as part of the community unit. The whole class reviewed the vocabulary exterior and interior and students identified the exterior features of a home by listening to descriptions of their function and attributes. Students worked in small groups to follow auditory directions to design an edible home and participated in a house bingo-like game to match items within the home to the interior rooms they are most likely found within. We topped off our house with triangular grilled cheese sandwiches as our roofs. The young explorers really enjoyed their recipe this week and did a great job demonstrating mastery of the latest classroom vocabulary!

The second step theme of the week is focusing attention. We practiced our listening song and learned about an “attentoscope” (cupping hands around eyes to zoom in on important information.) The classroom theme of the week was houses (interior and exterior) and we learned about safe and unsafe situations in and outside our houses. Ask your children about some of the ways the dinosaurs from our story stayed safe! We also identified ways to stay safe in different areas of our houses such as walking up and down stairs, being careful with utensils, wearing a bike helmet, and more! 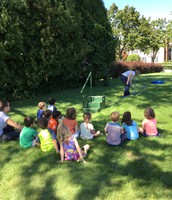 Lucy Berman's family will be providing our snack next week! 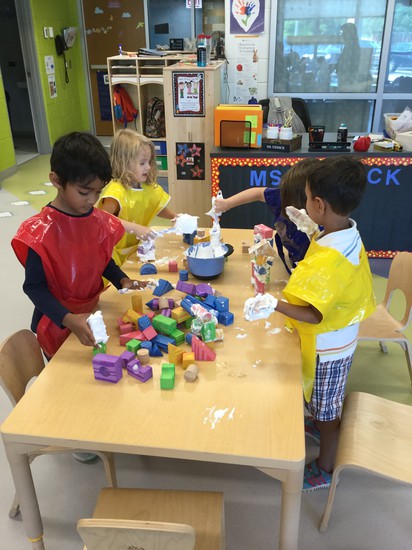 Yes, I know this is (what seems like) a long way away, but they have a tendency to sneak up on me so I want us to be prepared. The party stewards who signed up are Jamie Silva, Mariel Leggin, and Nicole Wincek. I sent home the class directory, but if you need any help getting in touch with one another just let me know! 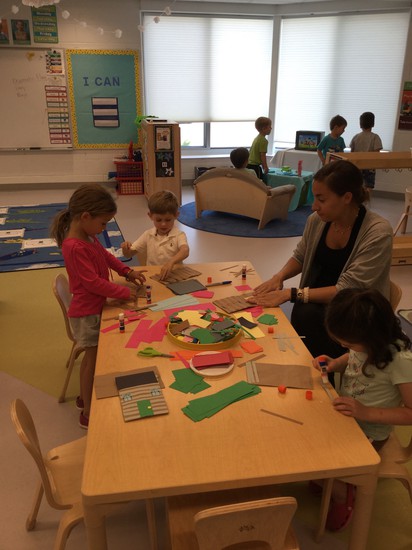 Next Week: Continuing the Motif

After thinking and learning all about our houses as buildings, I left the students today wondering about the other types of buildings we can find in Northbrook. The next two weeks we will be focusing on community buildings including the library, post office, police department, and fire department. We will also be talking about Westmoor school as a whole. They will be learning why these building are in the Northbrook community, and how they contribute to the safety and well-being of all the people who live here.

With each community building, the students will get to meet an expert (ie a librarian, principal, etc). They will learn about the responsibilities that person has at their job and how it helps everyone in Northbrook. I will also be transforming parts of the classroom to teach more about each building and what the interior may include. We will discuss how these interiors are the same or different from houses, and why some rooms are consistently found in all buildings. I think it is going to be a great 2 weeks!

If you have anything information or materials to assist in the transformation/decoration of our classroom into these other spaces, please let me know! I'm always open to help and suggestions. 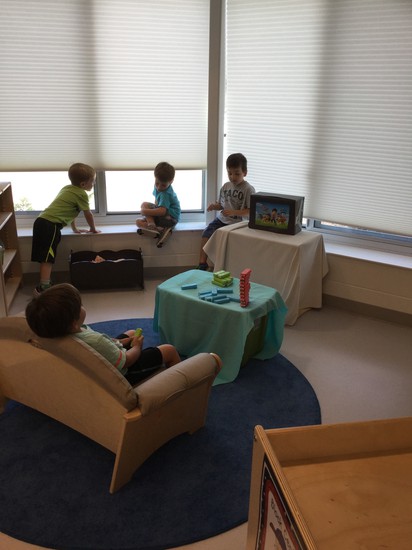 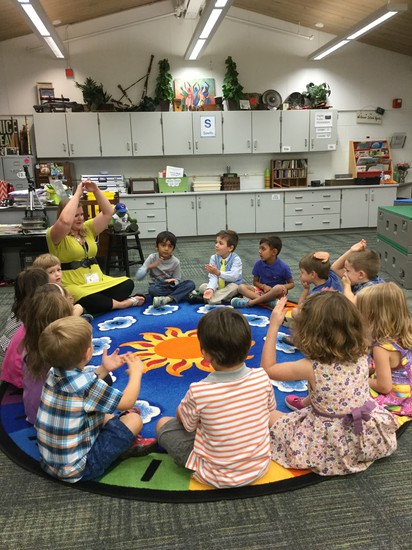