Ivan is using Smore newsletters to spread the word online.

Get email updates from Ivan:

Take swimming to another level

Take swimming to another level 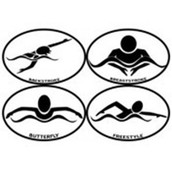 Any individual medley (IM) consist of all four strokes; butterfly, backstroke, breaststroke, and freestyle. A swimmer knows that if he/she doesn't have a specialty stroke, the IM is right for them. The 400 IM is the longest official medley swim, therefore not all people would be able to swim this event well.

Michael Phelps is one of the most famous and fastest people who have swum the 400 IM. He has been the world record holder ever since August 15, 2002. The only person who has ever beat his world records, was himself. As of now, his Olympics time from 2008 is still unsurpassed at 4:03.84. He is not only famous for 400IMs, but also because he also has 22 Olympics medals (18 gold, 2 silver, and 2 bronze), the most in the world.

Using data from up to 10 Olympics ago, we can find a time where men and women were matched at because the times cannot be matched currently.

By following the trend of the Olympics times, we can determine which gender will do well in this event in the future. The data and analysis will give an accurate result in finding the performance trends of the men's and women's 400 Individual Medley.

The lines of best fit are to show the trends in the times. The blue line is representing the males, and red for females. 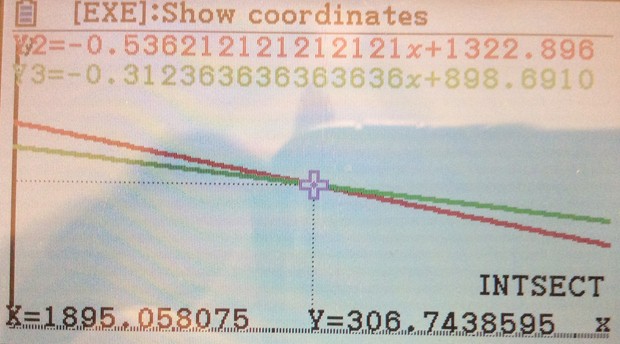 If the current trend has been going on for a century, 1895 would have been the time men's times surpassed women's times. However, the event was not introduced to the Olympics at that time as it only goes back to 1964, so it is safe to say that males would always be faster than females at the 400 IM. If looking at the current trends, males would continue to improve at a faster rate than females will.

The independent variable(x) represents the year of the Olympics that the event occurred. The Intersection point at 1895 would mean the nearest Olympic Games was in 1896, when the fist international Olympics was held. The 400 Individual medley was not introduced at the time, so males always outperformed the female competitors.

The Dependent value, the time in seconds. 60 seconds would be a minute, which standard recording of the time would put in in minutes and seconds. If the 400 IM was included in the 1896 Summer Olympics, then the approximated time would be 306.74 seconds which is 7 minutes 26.74 seconds. However, that is only according to the trend created from the 10 Olympics from 1976 to 2012. 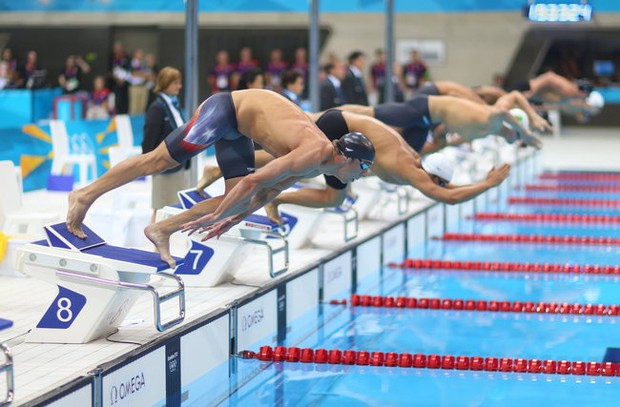 Ivan is using Smore newsletters to spread the word online.