The Defining Network of the 1980's

The Defining Network of the 1980's

The Station That Changed the Nation

The eighties brought us numerous exciting advancements in technology: the cellphone, the VCR, computers, and cable television. Since the invention of television, big-time networks such as NBC, ABC and CBS dominated the tiny cathode screens. However, on August 1, 1981, a new type of entertainment was introduced into the world: Music Television, more often called by it's abbreviated name, MTV. The station officially launched a minute after midnight, born into the world with one powerful statement: "Ladies and gentlemen, rock and roll." 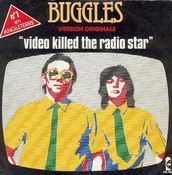 The first thing to ever air on MTV was "Video Killed the Radio Star" by the Buggles. While the band didn't skyrocket into fame, they certainly helped the network get on its feet, sparking interest in youth all across the nation. 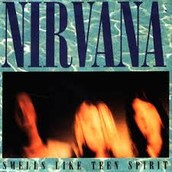 Nirvana's Smells Like Teen Spirit is thought to be the most iconic song/music video to ever air on MTV.

Though the song was written and produced years before the creation of MTV, it still ranks #2 on most the station's "most influential songs" list

In September of 1984, MTV introduced yet another culturally pivotal platform. A new award show, aptly named the MTV Music Awards, captivated many and bestowed the youth of the eighties with their very own award show. Since then, the iconic Moonman award has been coveted by all music and pop culture artists.

Additionally, MTV has added a new award show to their repertoire in decades passed: in the 90's the MTV Movie Awards were created, and the Woodie Awards (best music voted on by college students) in 2005.