The complete list of our databases and more are available in the Resources section of the website.

Articles not available in full-text can be requested through Interlibrary Loan.

Look for the Tools on the right side of the window. Click the page icon. Select the citation style needed. Simply copy and paste the citation to your paper.

Gale has a collection of different databases to use:

Look for the Tools on the right side of the window. Click the Cite icon in the middle of the list. Select the citation style needed. Simply copy and paste the citation to your paper.

ProQuest Central is a large collection of scholarly and popular articles in a broad range of subjects.

Look for the light blue tool bar below the search bar . Click the Citation Tools option at the top of the list. Select the citation style needed. Simply copy and paste the citation to your paper.

*Circulating books may be check out for 28 days with a valid Trocaire ID.

eBooks from EBSCOhost can be downloaded using Adobe Digital Editions.

Streaming videos have a direct link in the library catalog.

DVDs are available in the circulating collection. Titles can be found in the library catalog.

Promotes the discipline and profession of philosophy. Check out "Resources- More Resources" link to find other organizations, blogs, journals, etc.

The BBC maintains brief overviews of each of the world’s major religions on its website, however the overviews are not peer-reviewed.

The digitized version of the original Catholic Encyclopedia.

Provides open access to detailed, scholarly information on key topics and philosophers in all areas of philosophy.

Journal of Ethics and Social Philosophy

A peer-reviewed open-access, academic journal of moral, political, and legal philosophy published by the University of Southern California.

Based on interviews with more than 35,000 American adults, this extensive survey by the Pew Research Center's Religion & Public Life Project details the religious makeup, religious beliefs and practices as well as social and political attitudes of the American public.

Free public domain ebooks. Including works by some of the great philosophers, such as Plato, Socrates, and Aristotle.

A refereed encyclopedia of philosophy that contains articles which are reviewed by an editorial board before they are made public.

Is a monthly newspaper chronicling news and events happening in the eight counties of the Diocese of Buffalo.

A collection of web sources for the study of religion. Focuses mainly on scholarly open access sources.

Any questions, ask a librarian! 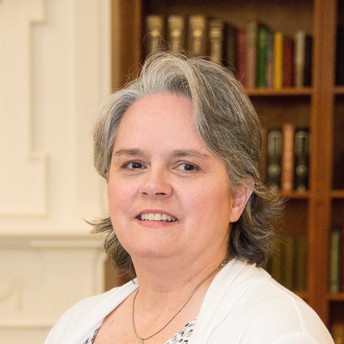