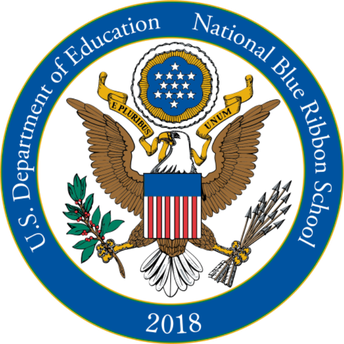 Theme: Still Blue for a Reason

Many people think summer is down-time for teachers; nothing could be farther from the truth. For principals, this is especially true. In many ways, summer is a busier time than the actual school year. This summer has been unbelievable and hyperbolic. Every day is a new adventure with a new challenge, a new assignment, and a new opportunity to grow.

A few weeks ago, we were in the throes of planning for another exciting year. Uncertainty, questions, and doubt circled our thoughts and bullied every decision. There were many days I felt defeated and worried about how I would be able to keep our staff confident and motivated. On this particular day, it was especially chaotic. It was one of those days that required critical thinking and clarity with each decision. My room was packed with people, or so it seemed (even though we were socially distanced and fully masked). Perhaps that made the situation more confusing and challenging than usual. As the cacophonous chatter invaded my physical and mental space, I looked out of my door to avoid a near meltdown. I tend to be claustrophobic, and on this day, tired, blue, and beaten down, I was not feeling the crowd. Ms. Bailey was talking fast and loud, and Ms. Fleming was firing right back with questions and comments. Ms. Malinowski was trying to provide solutions, and Ms. McClain staring at a spreadsheet nightmare was, like me, near catatonic state. Behind Ms. Bailey, at the entrance of the door, I could see a tall figure, quiet, but imposing with just a silhouette of curly hair. As a coping mechanism, I took myself out of the room and wondered who was the man behind Ms. Bailey and how he was remaining so quiet and calm in the eye of the hurricane. Ms. Bailey shifted slightly, and there he was, Ben.

Ben, not the curly-haired kid who rolled through the halls of Beech Hill as a Beacon, but now a young man serving as a worker in the Extended Day program. Right there with his smile and his eyes, I saw his youthful pose. I thought about Ben and how his quiet demeanor was indeed both a treat and a gift. As the oldest boy in his family, he holds a distinct position. His mother, an artist and member of our Beacon staff, his father a very consulate thinker and World War II aficionado, and then, there are the twins, Paul and Thomas. It’s easy to get lost when your family is big, but then somehow, Ben makes it all work.

This was the start of a crazy week with lots of moving parts. I watched as Ben worked tirelessly. He partnered with others to show a team spirit. He worked alone, keeping up with the same high work ethic even in the absence of his supervisor. He checked for understanding to ensure that his work was done correctly and in line with the overall vision. And he did not utter a single complaint throughout the process. Yesterday Ms. Fleming, Ms. Malinowski, and I were deep in thought and planning. Ms.Fleming mentioned that some items needed to be moved from the trailer along with some trash. She explained how her casual attire was in anticipation of the hard work ahead in clearing out the learning cottage. But within a few minutes of our planning, Ben arrived, standing quietly in the threshold of the same door where he stood nearly three weeks ago. He waited for our conversation to come to a close. Then he spoke with calm confidence. We responded to his questions. He thanked us and walked away. And as he did, there was a selective collective sigh in the room, then one of us said what all of us were thinking; we love Ben. Amid chaos and confusion, there stood Ben. He was ready to serve and ready to remind us of that still, calm voice that whispers, “It’s going to be okay.” I am so proud and grateful that it’s Ben awhile, and that that precious Beacon has been here awhile at the Beech long enough for us to see him grow and glow.

Excellence, leadership and empowerment are standard.

All of us are nurtured, guided and supported to become our best.

Nothing is too difficult, costly or taxing to keep us from reaching our destination.

Sailing with the winds of a growth mindset at our backs, Beacons change the world. 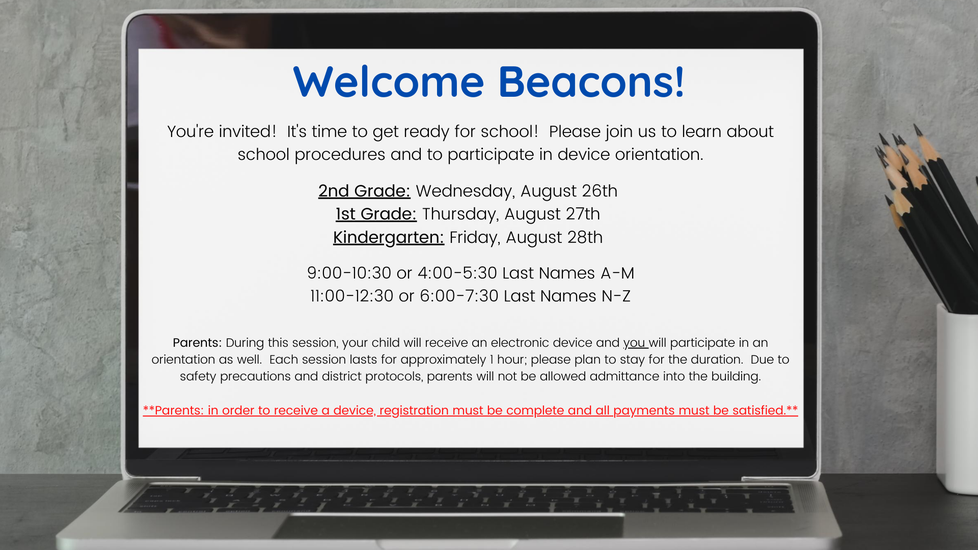 For those who have children that will be riding the DSD2 buses, please see the attached instructions to download and set up the free Smartphone App - Parental Portal Lite . Our district is utilizing this service to give you real-time access and information regarding the location and timing of your student's school bus.