Rescue is using Smore newsletters to spread the word online.

Get email updates from Rescue:

Featuring Josh Milan & his Band LIVE at House on the Hudson

Soulful Cypher™ opens its 2016 House on the Hudson Summer Series with an incredible collaboration. In its 3rd year of bringing music and community to the Jersey City pier, Soulful Cypher joins forces with Honeycomb Music to bring another dimension of quality music to Jersey City.

Manning the decks at this epic cypher will be DJ's Michael-MykBzsh Jackson, Hassan Shabazz, Jose Saint Sanchez and DeepJust Aquabeat.

Powered by GetOpen Sessions, this event brings the vibe that Soulful Cypher™ is known for. With the NYC skyline in the back drop, the water beneath our feet and music that carries far and wide, calling House heads from everywhere to partake of the energy that makes everyone DANCE!

This is a free family friendly community event that takes place Saturday, May 28, 2016 from 12 noon to 8 pm at J Owen Grundy Park Pier in Jersey City NJ. 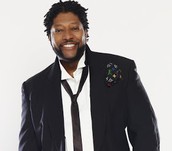 JOSH MILAN is one of those rare artists in this business whose music is truly timeless. You can play his remix (along with co-producer Kevin Hedge) of Cold Cut featuring Lisa Stansfield’s pop dance hit, "People Hold On", today and it still sounds as fresh as it did 16 years ago, or Blaze's, "Can't Win for Losing", you'll find lyrics that are forever relevant. His catalog totals over two-hundred published works, making it the largest catalog produced by any single entity in the genre. As artist and businessman, he has been involved in almost every facet of the music business.

For a complete bio, visit http://bit.ly/1TMLHYk 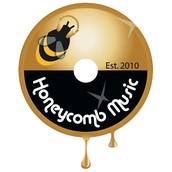 Josh Milan and his band will be performing songs from the Jazz album and some classics. Band members are: Reggie Parker on Bass, Justin Kelly on Keys, Corey Rawls on Drums and Dawn Tallman providing Background Vocals.

The band is performing for the first time together at this exclusive event. 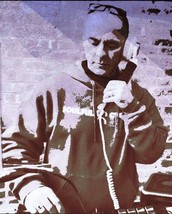 JOSE “SAINT” SANCHEZ is a veteran underground deejay from the Paradise Garage and Zanzibar era, who also hails from Chilltown. Saint best represents the brand’s versatile style of music, which would become its signature. Saint’s soulful jazzy, Afro-Latino fusion along with his deep rooted spirituality have helped Soulful Cypher’s events be the place to musically cleanse your mind, body, and soul. 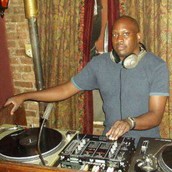 Hassan Shabazz is a Brooklyn born musician DJ and producer. His love for music comes from his tight family foundation: "My home was always full with music" he states, the end result an artist whose music spectrum is vast. His sound is unique, in the sense that it pulls from many musical styles; soul, rock, hip-hop, jazz and blues. A former member of NYC underground hip-hop groups Magnitude with Chocolate Ty, E-Grand & Rich Blak, The Funk Children and B.R.O.K.E. he has always prided himself on being true to his art, even if the sound was not mainstream.

GetOpen Sessions Co-founder & Artistic Director, Mike "DJ MykBzsh" Jackson came up in Brooklyn, NYC in the 80's golden age of hip hop, digital pop and dance music revolution. Brooklyn was a nexus of creativity and expression then and Mr. Jackson soaked it all up honing his craft and establishing himself as a bona fide triple threat; DJ, B Boy & Graffiti artist. Fast forward a few decades of experience, exploration, evolution and technical refinement and you can now add Producer, Sound Engineer and Graphic Designer to his list of super powers.

Based in the Virginia area, DJ MykBzsh has taken GetOpen Sessions down south looking to extend the experience along the entire east coast.

Mike "MykBzsh" Jackson is more than just a creative collaborator. He can be characterized as a technical adviser instrumental in the digital translation and integration of the GetOpen Sessions vision. His unique style, both visually and sonicly, is the perfect combination of the technical professional & urban rawness. 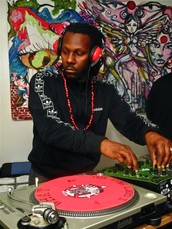 DEEPJUST AQUABEAT (aka DJ Aquabeat) is a veteran of the NYC house music scene with over 20 years behind the turntables and even more on the dance floor. Producing & mixing a soulful blend of deep, electronic and ancestral rhythms, he's known for his technical approach, thoughtful selection; fuel injected sets and a style that you feel way before you hear. 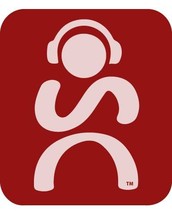 ABOUT SOULFUL CYPHER™ PRESENTS HOUSE ON THE HUDSON™

House on the Hudson™ is a family friendly free event and welcomes everyone to come out and enjoy the diversity that Jersey City has to offer.

The bigger picture is to bring attention to the artists within our own community, provide them a space and structure with which to build, perform, network and give back to the community while engaging the community to support local artists and help the local economy thrive by supporting independent artists, entrepreneurs and businesses. 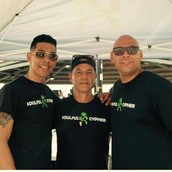 WYSE RODRIGUEZ aka Wycked Wyse is a lifelong Jersey City resident and founder of Soulful Cypher. For over two decades Wyse has demonstrated a keen ability to bring people together to enjoy music and dance in a positive environment. Though he is generally known as a “behind the scenes guy", the community greatly benefits from his past and current creative projects, taking his talents to the forefront.

In 2013 Wyse created Soulful Cypher a Jersey City-based brand that seeks to bring the joy and spirituality of music, poetry and art to individuals and families. Soulful Cypher brings a menagerie of artists from an eclectic group of deejays, artists, poets and house music aficionados to create what he terms a cypher. “Through our diverse genres, we serve to increase the passion of house music while enriching the lives of others as a community,” expresses founder Wyse Rodriguez. Direct contact Wyse@SoulfulCypher.com

ART "FLAVA" NEGRON, co-founder of Soulful Cypher, is an unsung hero who has championed childhood friend and business partner Wyse Rodriguez on various projects over the course of their partnership. A native of Jersey City and a huge House music aficionado, Art Flava has continuously supported and contributed to growth of the Soulful Cypher movement. Direct contact ArtFlava@SoulfulCypher.com

JOSE “SAINT” SANCHEZ is a veteran underground deejay from the Paradise Garage and Zanzibar era, who also hails from Chilltown. Saint best represents the brand’s versatile style of music, which would become its signature. Saint’s soulful jazzy, Afro-Latino fusion along with his deep rooted spirituality have helped Soulful Cypher’s events be the place to musically cleanse your mind, body, and soul. Direct contact DjSaint@SoulfulCypher.com 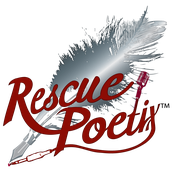 RESCUEPOETIX ™ is a writer, poet, spoken word artist and recording artist in addition to being a businesswoman. Her management experience developed along with her own career, working domestically and internationally since 2009. Her work includes artist development, networking and marketing as well as bookings for artists in New Jersey, New York, Boston, Philadelphia and Miami. With international ties that touch all corners of the world and across several artistic communities, her solid reputation with management and consulting creates opportunities for an international mainstream presence.

GetOpen Sessions is providing the sound and stage for this one of a kind event.

GetOpen Sessions is a free form facilitator of dance music, community building and holistic events. Seeded in Brooklyn but rooted in global friendship, GetOpen Sessions is a theme based vehicle for artistic expression and cultural awareness; bringing the love, culture and energy of dance music to the masses in an open, family friendly and socially conscious atmosphere. For more information visit http://www.getopensessions.com 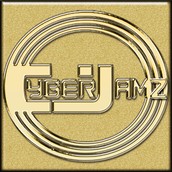 Providing live streaming mixes featuring underground dance music. Streaming 24/7 and featuring on demand shows, there's no reason why you shouldn't do without your grooves whenever and wherever you are! 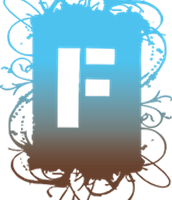 Rescue is using Smore newsletters to spread the word online.

Follow Rescue Poetix
Contact Rescue Poetix
Embed code is for website/blog and not email. To embed your newsletter in a Mass Notification System, click HERE to see how or reach out to support@smore.com