The Adventures of the Great Western Traveler

Who: Marco Polo was a great Italian Venetian Merchant who was one of the first westerner traveler who traveled on the Silk Road for trade and good fortune. His exact location of birth was unknown, but many believe him to be born either in the coast of Dalmatia or Venice 1254.

What: His travels took place for more than a quarter of a century. He first started traveling with his Niccolo and Maffeo(HIS FATHER AND HIS UNCLE), and the he traveled with his brothers. His greatest adventures were just him traveling in the Silk Road and encouraging trade among the people there and westerners.

Where: During the beginning, his journey with uncle and father took place from Venice to Cathey. Later, he traveled to the silk road where most of his known adventures took place

Why: A well-known traveler and explorer, Marco Polo headed for China along the Silk Road in the Yuan Dynasty (1271–1368). The Travels of Marco Polo, dictated by him, described Chinese politics, economy, and culture in detail, which greatly aroused the desire of westerner to go to China and had a great effect on the European navigation.

How: He reached the rank of "Envoy" for Khan, and that allowed him to travel in a caravan across the land. 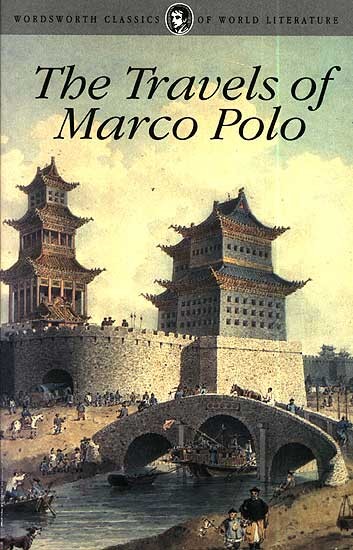 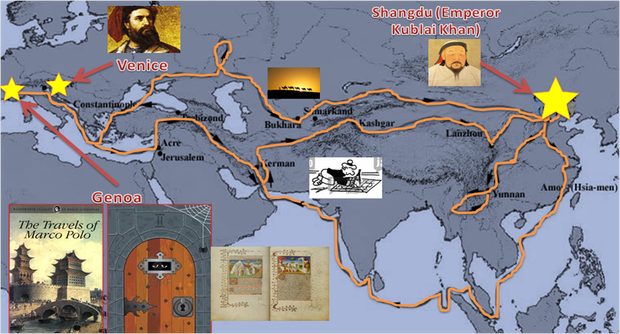