vishal is using Smore newsletters to spread the word online.

Get email updates from vishal:

Will Canada be the greatest country to live in come 2035

Will Canada be the greatest country to live in come 2035

Canada is The second largest country in the world. Does this mean that Canada has a very high population. No, Canada isn't even in the top ten for population. Canada only has 35.16 million people as its population. But Canada has been growing rapidly over the last couple years. Canada went from only 17.91 million in 1960's and grew to over 35 million people in the last 50 years. That crazy, Canada doubled its population. Also Canada's death rate and birth rate is very opposite. Death rate (8.31/1000) is low and birth rate (10.29/1000) is high, which means that Canada is going to grow even without immigrants. With just natural increase rate Canada will grow 0.75% this year.Natural increase is good, but immigrants are better. New people coming to Canada with their Family is good because the first year here they will increase the population and then later on their family will grow and make the natural increase grow as well. Immigration is at a very high increase, Canada has been in high immigration since 1990 so I think that its going to stay high for a very long time. Lastly Canada's Aboriginals, Canada Aboriginals have a high death rate and a high birth rate which means that they aren't growing that much. Most aboriginals are the age of 24 and under which means that these children are going to grow and have families. With the families growing in the next 20 years the birth rate will increase and death rate will decrease because there is less older people. With all 3 population increasing Canada will rapidly increase in population in the next 20 years. I think Canada will increase though high natural increase rate and high immigration. These two thing increase population the fastest, if a country has low birth rate and low immigration rate the country will grow, but slowly. Canada has a lot of immigrants some from India, united states, and more. This means that a lot of people move here, but mostly people immigrate from Pakistan, This is because of the war taking place there. That's why I think Pakistan will stay Canada's highest immigration country. The fastest growing population of the FNMI, will change the education of aboriginals. This is due to the fact that most aboriginals are 24 and under. This mean that most aboriginals are going to school. This is the reason why I think Canada's population will increase in up coming 20 years.

Interactions in the Physical Environment Unit 2

Canada is a place that is sometimes hot and sometimes cold. Canada in the winter can reach up to -25 degrees and in the summer can reach up to 25 degrees on average. Last year in winter we had a very bad ice storm and in summer is was so hot that people got sun burned. Canada's climate is always changing and never stays the same though out the four seasons that Canada experiences. Canada's is far from the quarter and that is why we experience the cold in the winter. Also Canada has cold water in the winter and warn water in the summer which create ocean currents that make our air cold in the winter and hot in the summer. Canada has a lot of mountain which create elevation relief, this is when you get higher to the sky it becomes colder. Canada is divided into 7 vegetation regions deciduous forest, mixed wood forest, boral forest and taiga, grasslands, cordillera vegetation, tundra vegetation, And west coast forest. Severe weather change can affect young children and elders and make them sick. The reason why we are getting sick this year is because Canada's temperature went from hot to cold and then back to hot. This is why climate change will make us sick. Canada's forest and animals need the right temperature to stay alive. if Canada's climate changes then the animals like polar bears will lose their habits and soon die off. These are the thing that will happen if Canada's climate changes
Climate Change in the Canadian Arctic

Canada has many natural resources such as forests, fishing, fossil fuels and much more. We have many resources, but we over use them a lot. Which means if we keep on doing this we will lose all our resources and won't have any left. Canada can fix this only in one way, this is to give the resources time to reproduce so that they don't run out forever. Also Canada has many global connections, and the top 3 trades with Canada is United states of America, China, and United kingdom. Canada is connected to the world due to that fact that Canada is a trader that has imports and exports with other countries. In my opinion Canada's most valuable resource is oil and water, this is because oil and water are running out and Canada has a lot of whats left of them. These are Canada's resources and how we can keep them safe for the next generations to come 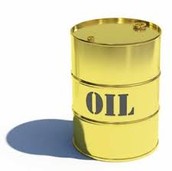 Canada is facing a lot of issues at the moment. This is Because Canada doesn't use half of our land. This means that other countries want to buy the land and develop it for residential uses. This cause Canada to develop the land so that the other countries can't take it. Urban sprawl is the development or expansion of human population away from settlements. for example in Woodstock there is not a lot of people so urban sprawl will bring development there and make that area highly populated. The problem with urban sprawl is that, if we use all the land the next generations will have no land to meet their needs. Urban sprawl is an issue because land that isn't been used is force to make home and other residential need. The way we can stop urban sprawl, the government can put a green belt on that piece of land, so one-body can develop that area. Canada can become more sustainable in the future if we give time for our natural resources to reproduce. If something doesn't have time to reproduce that thing will soon die and never come back. For example, if we didn't let chicken eggs hatch and kept on eating them the chickens would die and we wouldn't have any more eggs. These are the ways that we can make our country most liveable.

vishal is using Smore newsletters to spread the word online.