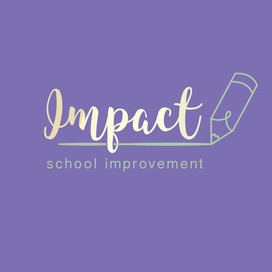 Providing support to schools that has real impact

Get email updates from Impact:

A guest blog by our Advisory Board member Marc Bowen

Marc Bowen is Year 4 teacher and Deputy Headteacher at Raglan CiW VC Primary School. He
has been a teacher for nearly 20 years, whilst also regularly contributing to local and
national curriculum development projects, advising on curriculum innovation and writing for
a range of educational publishers.

When faced with a set of challenging targets and some potentially very high performing Year 4 pupils, I was left with a conundrum in relation to their progress in Science. Why weren’t these most skilled pupils making more progress, despite my detailed planning? They were working to a high standard but they weren’t the sparkling scientists I knew they could be!

After many hours of research, reflection and evaluation, without really reaching a satisfactory conclusion, I had a moment of clarity. Why not just ask the pupils themselves? The outcome was simple but profound in relation to my practice. They were bored. This sounds quite damning of me as a teacher but actually the children were able to articulate exactly what the problem was. They loved the investigative science that we were involved in and they enjoyed Science lessons overall. Phew! However, their real interest in Science was the weird, wonderful and awe-inspiring ‘magic’ of the subject. They wanted to talk about the how and why of the world around them and the highly structured Science scheme of work for the school didn’t allow time for this; with the main focus being the development of investigative skills. So…I had to find the time.

As teachers, we are already routinely achieve ‘Dr Who’ levels of time manipulation to be able to fit the overloaded curriculum into the limited time available, however, the challenge of extending my Science sessions was even beyond the talents of a timelord. It just wouldn’t work! Which is when I settled on the need to take a risk with my own practice. I knew that I needed to develop the ability of MAT pupils to critically examine factual information presented to them in the subject and then to independently explore the related conceptual understanding in a Science context, which is an area explored by both Anna Murphy (writing for Rubicon International https://www.rubicon.com/concept-based-learning-curriculum) and reflected in Wynne Harlen’s exploration of how to develop pupil thinking from ‘small specific ideas’ to making ‘big’ links and generalisations between connected concepts. (https://impact.chartered.college/article/harlen-big-ideas-curriculum-pedagogy-assessment/) 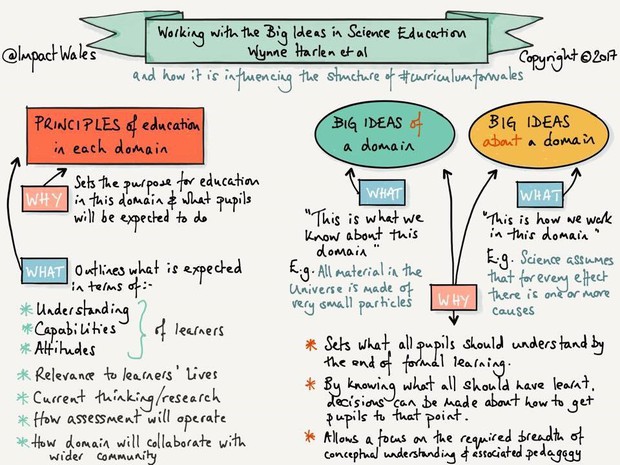 My solution was to explore starting every session with a ‘Big Thinking’ activity. The principle behind it was that I would give the whole class (not just the MAT pupils) a weekly opportunity to simply think scientifically for fun…exploring possibilities, peculiarities and passions. The additional consideration for all teachers is the need to be able to prove impact from your actions and, as such, I concluded that I would hopefully be able to evidence through the comparisons of improvements in levels and outcomes with those prior to the introduction of my ‘Big Thinking’ sessions. Therefore, I forged ahead holding on to the principle that I was not throwing the scientific baby out with the bathwater. My ‘scheme of work’ lessons would still remain but I would take 10 minutes at the start of each session for some ‘Big Thinking’. A tweak to my teaching which I hoped would transform the enjoyment and engagement of all my pupils but specifically those MAT children.

Innovation requires measured risk taking so, in very much the same way as another scientist and some bathwater, I had my very own ‘eureka’ moment! I took the risk in the first session of simply selecting 4 genuinely random images taken from a google image search (I seem to recall they were made up of some kind of sea bird, a burning camp-fire, a tree-branch and a mouse). Then, I posed one question to the whole class…which is the odd one out? The room exploded in conversation and (fortunately) not the typically disjointed chat about the night’s planned online gaming, who has the best scented rubber or unicorns…they were talking scientifically. It was like I had just hit some hidden vein of scientific oil that was now in danger of swamping my whole lesson! Eek, but also wow!

Observing my MAT learners at this point was fascinating. They were visibly bubbling with enthusiasm, bouncing in their chairs and gesticulating wildly as they cherry picked their scientific knowledge and began to apply increasing complex reasoning to their criteria for which image was the odd one out. Calling upon every behaviour management technique I had amassed over nearly 20 years, I managed to tap the gushing well of science and channelled the pupil discussion to facilitate them in sharing and exploring alternative ideas. The ‘odd one out’ reasons were many and varied. Some selected the bird, as it was the only one with wings, whilst others chose the mouse because it was the only one that ate cheese. All fair, if simplistic, points, which I realised opened up opportunities for further scientific questions…Do mice actually like cheese? How is it that only birds have wings?

It was then that my MAT pupils really came to the fore. One pupil highlighted the ‘fire’ as the odd one out, as it was the only item that seemed to be alive, without actually being alive! This stunned me for a moment and I didn’t have a response but then my teacher brain exploded – this was assessment for learning that inspired and excited the children. I now knew that in my subsequent lessons, following the scheme, I would be exploring the 7 indicators of life with all the pupils but that my MAT could start exploring more challenging and complex contexts. A second MAT pupil also suggested that the fire could be the odd one out but because it was the only item that was using fuel. Again, an explosion of possible lines of enquiry that could be followed to deepen and extend that pupil’s scientific knowledge and understanding. The final plus point….the children loved it and begged for us to do it again in the next session.

That’s exactly what we did! Every week, for the rest of the year. The outcome? All my pupils were excited about Science every week; my MAT pupils started to bring in their own images for the ‘odd one out’ task; scientific reasoning developed in all the pupils; all my MAT pupils were meeting their challenging individual targets for Science and (the biggest risk of all) I included a session of ‘Big Thinking’ into a lesson observation and it went down a storm with SLT – to the point where we are now developing this approach across the rest of KS2! In hindsight, it would have been helpful to also evidence the improvements through the use of a pre and post likert scale questionnaire, which can easily be generated online and this is certainly something I will explore to support my future risk taking. For me, the simple tweak of letting the inspiring fire of science spark up in my classroom, with me taking on the role of the fire-warden, managing and channelling the fire had transformed the learning and engagement for all my pupils. 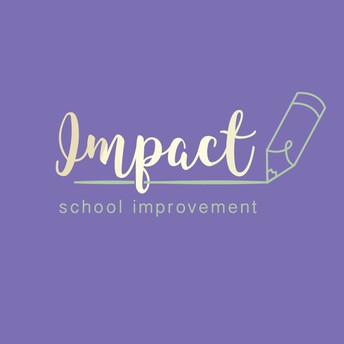 A Little More About Us

Who are we? - We are Finola & Jane, Literacy & Numeracy specialists, with 35+ years of teaching, training & leadership experience between us.

What's our experience? - We have both worked for Welsh Government supporting schools & senior leaders across Wales. We have held senior leadership posts, delivered support to strategic education advisers, both hold school governor posts and have published curriculum support guidance with Oxford University Publishing...but if you need to know more visit our website for testimonials from schools we've worked with.

Why should you book our support? - Put simply, because we believe in impact. We do exactly what our name suggests. Our workshop keeps things simple and ensures school actions really work. Our focus is always on delivering measurable impact for pupils

Providing support to schools that has real impact