Get email updates from KCSD:

Bonanza Junior/Senior High School leadership students kicked off their year with a school-wide benefit – BoTown for ChiTown – for Chiloquin students and their families who were impacted by the Two Four Two Fire last month.

“This year our motto is ‘All In,’ ” explained Julie Hess, freshman class president and one of the organizers. “When our neighboring school had a problem, it was important to us that we go ‘all in’ to help them.”

During the weeklong campaign, Bonanza students and staff collected more than 1,000 items -- about two truckloads of food and clothing. School administrators will bring the supplies to the Klamath Tribes for distribution to those in need.

Leadership advisor and teacher Corey Hedger challenged his class to find a way to help, and the students took it from there. An earlier attempt to collect donations fell flat so students came up with a theme – BoTown for ChiTown – and provided incentive. Students directly challenged staff members, and whoever collected the most donations would throw a cream pie in the face of the “loser.”

Last week, it was time for the losers to face their pies – literally. Eleven students and staff members were on the receiving end. Hess and classmate Jada Gallagher upped the ante on their challenges to Principal Jordan Osborn and Counselor Andy Davis, the losers agreeing to haircuts by the winners. Both Osborn and Davis got haircuts.

Osborn said many students and staff have family or friends in Chiloquin, and students know each other because the schools' teams compete against each other. Osborn and Davis both worked in Chiloquin as have other Bonanza staff.

“No matter what we do, we’re ‘all in,’ ” Osborn said, who was sporting his shaved head. “The idea is if something happens in the community, we have a positive response. We have to be ‘all in.’ ”

Leadership student Paislee Miranda said she was pleased at the number of students who contributed. Classmate Bella Tenold. “I think the ‘all in’ thing really helps. We have to make the best of it.” 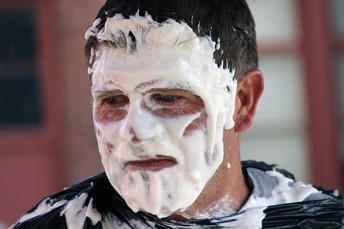 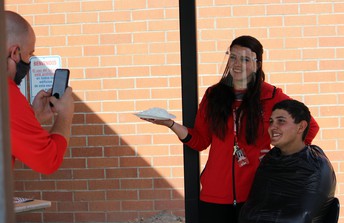 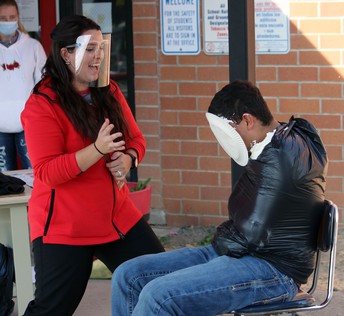 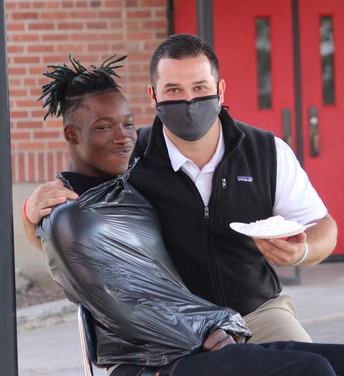 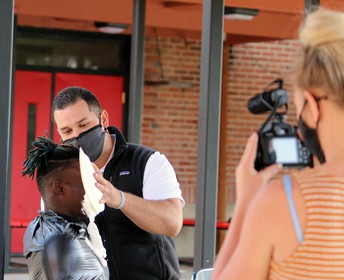 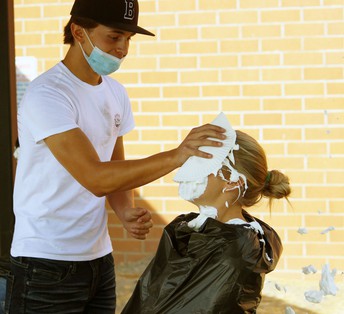 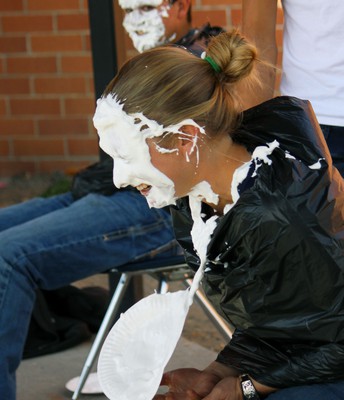 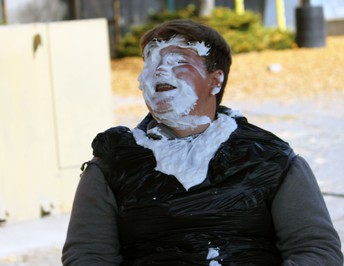 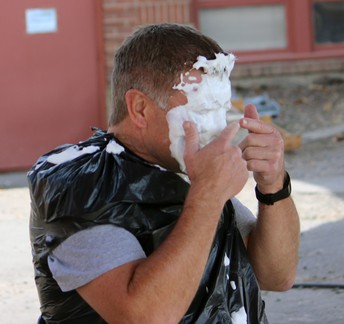