Do You Have Questions About The Covid Vaccine? 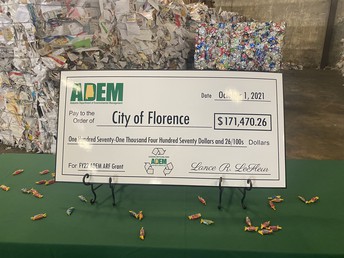 Recycling Is Rocking! The Alabama Department of Environmental Management Presented a Check for $171,470 To Enhance Recycling!

ADEM presented a check to Florence Recycling for $171,470.00 for funds awarded through the Alabama Recycling Fund Grant. This funding will increase efficiency at the Florence Recycle Center. It will also strengthen recycling in local schools and at UNA as well as community programs in Lauderdale County, Rogersville, Killen, and St. Florian.

Florence Recycling began in 1988 and has served Florence and surrounding communities and municipalities for over thirty years! Beginning small, the Florence Recycling Program has steadily worked to improve efficiency and production. In 2009, the Alabama Recycling Fund began to inject funding into the program bringing the automation needed to expand recycling opportunities to surrounding communities. The success of the Florence Recycling Program combines the efforts of state and local leadership, our residents, school systems, and businesses. This cooperation has built a successful recycling program that supplies local manufacturers with raw materials supporting our local economy. 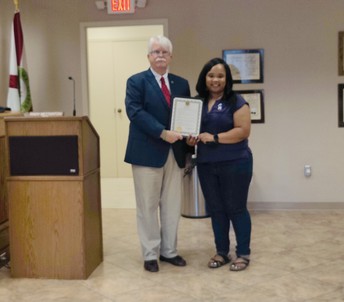 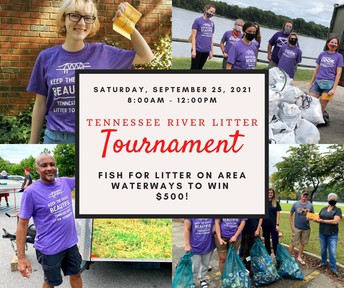 To reserve a spot on the Keep the Tennessee River Beautiful boat, click...

The attached photograph of the Florence Cycle Club was made in Wilson Park in downtown Florence on a Sunday afternoon in 1893. The newspaper article in which the photograph appeared actually identified each person in the photograph by name. In the background is the bandstand that was located near where the fountain is today. Also visible in the background are two houses that sat where the public library now enjoys the same space. Note the mixture of styles of the bicycles – some are quite similar to the basic style of bicycles today; others have the oversize front wheels characteristic of the time. Note, too, that the club seems to have been exclusively for adults; there are no young people in the picture. Of interest, as well, is that the club was made up of both men and women. Given the era in which the photograph was made, a mixed-gender cycling club probably did not exist in many small towns at that time. Regardless, one can easily imagine this congenial group setting off at a predetermined time on a predetermined route and enjoying themselves immensely as they moved around the city and, perhaps, returned to the park for light refreshments. 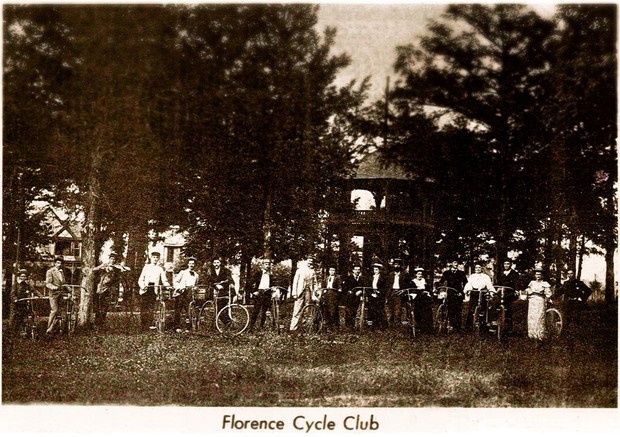 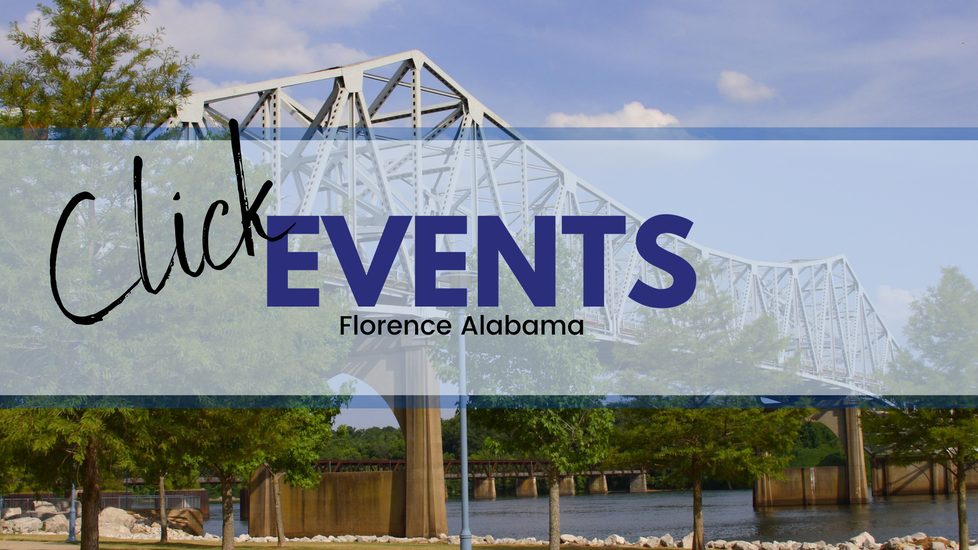 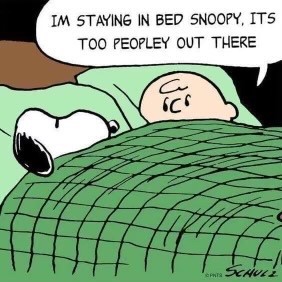