June 17, 2015, During a prayer service, nine people were killed by a gunman, including the senior pastor, state senator Clementa C. Pinckney; a tenth victim survived. The morning after the attack, police arrested a suspect, later identified as 21-year-old Dylann Roof.

December 2, 2015, 14 people were killed and 22 were seriously injured in a terrorist attack in San Bernardino, California, which consisted of a mass shooting and an attempted bombing. Tashfeen Malik (left) and Syed Farook (right)

December 14, 2012, in Newtown, Connecticut, when 20-year-old Adam Lanza fatally shot 20 children and 6 adult staff members. Prior to driving to the school, Lanza shot and killed his mother at their Newtown home.

The remains of a ship dating back to the Revolutionary War have been found at a site of a new hotel under construction in Virginia.Local archaeologists in Alexandria are now scrambling to identify the story behind the 250-year-old sailing ship. The area once was in the Potomac River before it was backfilled two centuries ago to expand Alexandria's waterfront. 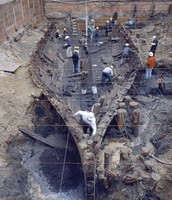 The largest U.S. lottery jackpot in history could easily grow to $800 million by Saturday night’s Powerball drawing – and even $1 billion next week if no winner is drawn. A record-breaking $700 million is at stake Saturday after 18 draws went by without a jackpot-winning ticket. That figure grew Thursday by $25 million and is expected to increase further.

Here's How High the Record Powerball Jackpot Could Climb

Obama's attempts to put in place more gun control measures have largely failed.Opponents, including Republicans in the 2016 presidential race, have claimed that Obama's moves are just a veiled attempt to take guns away from law-abiding Americans who want to defend themselves and to water down the constitutional right to bear arms.
Obama outlines gun control measures

Joaquin "El Chapo" Guzman was recaptured. Guzman had already been under investigations since 1999. He has been charged before and was placed behind bars. Guzman is also an escaped criminal, his first time was rumored that he hid in a laundry cart, but his most recent was a mile long tunnel underground. 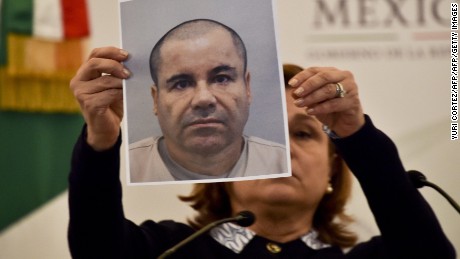