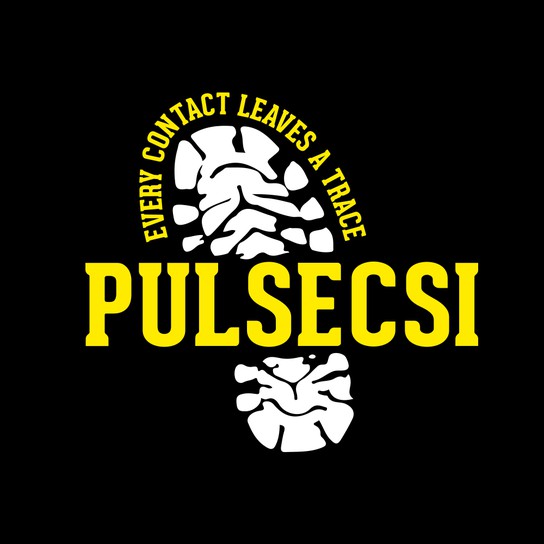 Get email updates from PULSE: 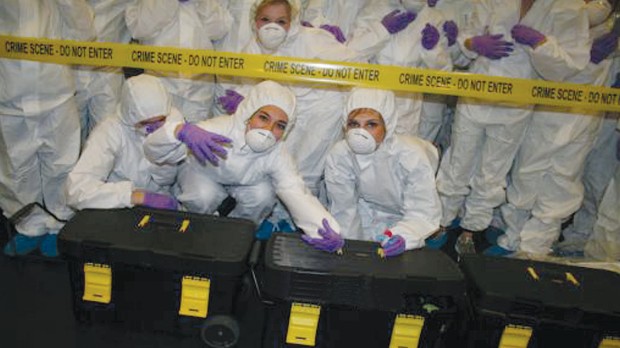 On Tuesday 19th November external agency Pulse came to St Swithun’s to provide our year 8 pupils and our invited guest pupils [girls who will be joining us in year 9] with a forensic science workshop. Jacqui quickly gained their attention with her questions and excellent explanation of what the day would involve. From the very beginning the girls were fully engaged in a wide range of stretch and challenge activities.

During the morning session all pupils were involved in practical, ‘hands-on’ CSI activities, which included learning about the processes and applications used at a crime scene such as fingerprinting using magnetic powder and black ink. The girls also looked at footwear castings and footprints, in addition to looking at hair and fibres. The last part of this session covered the collection and preservation of evidence at a crime scene and the importance of evidence retrieval in a court of law. During the afternoon all the girls eagerly donned a white SOCO (Scene of Crime Officer) suit, gloves, mask and overshoes and proceeded to apply their newly acquired skill-set to their group crime scenes before investigating and reporting their findings with the help of suspect profiles.

Throughout the day there was a wonderful buzz of excitement as the girls learnt new skills and tried to solve the mystery, gaining confidence in their own thoughts and how to communicate ideas to different groups. By the end of the day each girl had a very good overall knowledge of forensic science and its applications used at a crime scene. The response from the girls to the day was fantastic and there was universal agreement that it had been one of the best year group team – building activity days which they had experienced.

Having gained entry to their senior schools by this stage in their final year, we hope to provide the Year 8 pupils with some ‘off syllabus’ Science teaching which encourages wider thinking by them and an insight into practical Science beyond the classroom. Jacqui Thompson’s forensics workshop appeared to be the perfect solution and certainly lived up to our hopes. The pupils spent the morning learning several forensics techniques and situations when they would be employed in a field situation.

As a teacher, you hope that this sort of activity will be fun, but also that pupils will be fully focused in their learning and they were! Lots of spontaneous questions from the children was evidence for this. During lunch break, Jacqui covered the school hall in mini crime scenes and pupils set about collating and deciphering evidence using their newly acquired skills, all in full white suits and masks. A fabulous day was had by all and Jacqui’s professionalism, knowledge, organisation and enthusiasm make this a session well worth booking by any school Science department.

What an amazing day! We booked Jacqui to come to our school to deliver her full forensic workshop day to a joint group of Yr 5 and Yr 7 students. From the moment we started until way past the end of the day, the buzz from the students was phenomenal.

The logistics of the operation are significant (imagine planning a six hour practical lesson for 80 students!) but Jacqui sailed through the whole thing with ease – it was a most impressive operation. Before the workshop, Jacqui made organisation from the school end very simple – a quick response to queries, all the paperwork you could hope for, and the information on the website to back it up. On the day, despite the volume of equipment looking quite daunting, Jacqui managed it all with the efficiency of someone well practiced. It says a lot that she has so much practice with her workshop, she is obviously busy as a result of being successful and what she delivers is the reason she is successful.

During the day, Jacqui engaged brilliantly with the students. They looked at fingerprint, hand prints, footprints, hair samples, fibre samples – that was just in the morning. One of the best things was that the students all got hands on practice doing this and they got to take their own ‘identity’ away with them – carefully packaged up samples showing their footprints and everything. Everything the students needed to do this was provided too which is another reason why the day ran so smoothly.

It must be said that by now, almost everyone else in the school was suffering in extreme envy. Why didn’t we get to do that (from the Yr8’s). I can’t believe how lucky they are (from Yr12!!). I just want to see what is going on – it looks like fun (Yr 11). And those comments were made before the students started on the afternoon activity. From the moment I walked back into the classroom, having left 30 odd Yr 5’s to get changed, I knew the day had been a stunning success. The students looked simply spectacular in their white suits and masks. I forced them all to gather in the playground whilst the rest of the school were still out on their lunchbreak – they didn’t care. The older students couldn’t help themselves and smiled as the Yr 5 and 7 grinned madly in reply. The younger students marched across to the sports hall singing the Oompa Loompa song.

In the afternoon the students got to investigate a crime scene. As we all know some students can be quiet and some can take over but each student had a different job in their small group – a role to play on the crime scene. They took their roles very seriously, they all played a part, they all explained who the culprit was and why, they all described the evidence they had collected and analysed. Fantastic engagement all round.

At the end of the day, the Yr 5’s went back to their school, quite a few still in the white suits, clutching their fingerprint keyring and without a doubt, telling mums and dads how great a day they had at the senior school. My Yr 7 students finish a bit later than the Yr 5’s so at this point I expected to take over supervising the Yr 7 whilst Jacqui packed up, but no, Jacqui kept them going, talked to them, asking questions and giving out wristbands that the students – now a week later – are still proudly displaying.

I cannot thank Jacqui enough. The organisation and the quality of the day she provided were amazing, well worth the cost and I will definitely be using her again.