Get email updates from anthony:

Trial by jury By Anthony Cruz

Trial by jury By Anthony Cruz

In Suits at common law where the value in controversy shall exceed twenty dollars the right of trial by jury shall be preserved and no fact tried by a jury shall be otherwise re-examined in any Court of the United States than according to the rules of the common law.

Description of the amendment

The colonist fought for every citizen to have the right to a trial by jury and to have a fair case by the government. 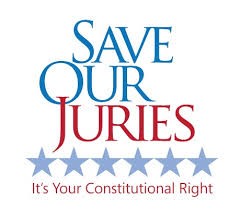 When the British government limited colonist right to a trial by jury the colonist protested angrily during the American revolutionary war (1775-81) colonist repeatedly listed the right ta a trial by jury among the basic rights for which the were fighting.