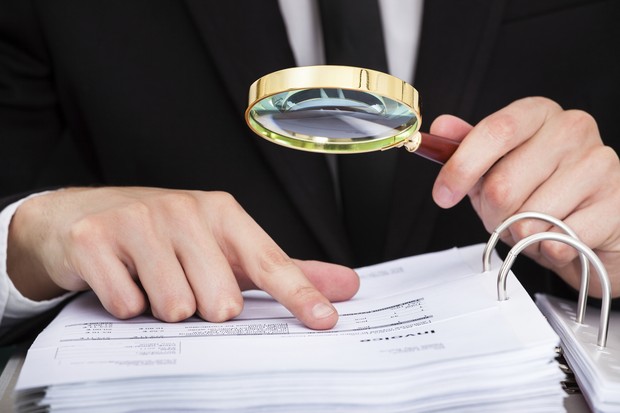 Editorial – Key Responsibility of a Charity

A ruling by the Federal Court of Appeal last month came as a timely reminder to all of us in The Salvation Army. It re-emphasized how important it is for a charity to keep proper books and records, to enable the Minister of National Revenue to verify the accuracy and validity of the charitable donation receipts issued by the charity.

The charity in question - Jaamiah Al Uloom Al Islamiyyah Ontario – had its registration as a charity revoked. This action was taken even though the charity had admitted its guilt, and had taken steps to fix the problem.

When the Army’s Internal Auditors draw the attention of a ministry unit to deficiencies in its record keeping or its receipting procedures, there is all too often the feeling that this is just another over-reaction by THQ which places too much emphasis on procedures and policies. However, few things would impede our ministry more severely than the precipitous decline in donation revenue that could result from a loss of charitable status.

Because of the importance of this ruling, further details are provided in the article that follows, ending with the Federal Court of Appeal’s reference to “the extreme sanction of revocation”.

Should there be doubt about any aspect of charitable donation receipting, remember that detailed guidance is provided in the TFM under 0901 Operating as a Charity, and 0902 Tax Receipting. Further, you should never hesitate in seeking advice from the Finance department.

The Editorial refers to the loss by Jaamiah Al Uloom Al Islamiyyah Ontario (“the Charity”) of its charitable status; the Charity funded a private school located in Ajax, Ontario. Details of the steps taken and the reasoning followed by the Federal Court of Appeal (“FCA”) are provided here.

The Minister of National Revenue, acting through the Canada Revenue Agency (“CRA”), issued a Notice of Intent to Revoke (“Notice") the charitable status of the Charity. This decision was confirmed by the FCA on February 10, 2016.

The Notice resulted from an audit by CRA of the charity for its 2007 and 2008 taxation years. It was issued on the basis that the Charity failed to maintain adequate books and records in accordance with the Income Tax Act, issued receipts for gifts otherwise than in accordance with the Act and its Regulations, and failed to file information returns when required. The CRA Appeals Branch confirmed the decision to issue the Notice.

In its appeal to the FCA, the Charity did not deny that it had been non-compliant with the requirements of the Act and Regulations, but asserted that it understood why its actions were not in compliance, that they would not occur again, and that it had already hired experienced accountants to address the deficiencies. The Charity further asserted that the sanction of revocation was too extreme under the circumstances and failed to address the remedial steps that had been taken.

Because of their importance, we quote in full the conclusions of the FCA below:

“Registered charities have the privilege of issuing charitable donation receipts which entitle taxpayers to reduce their income tax payable under the Act on the basis of such receipts. This privilege carries with it important responsibilities.

One of the key responsibilities of the Charity is to maintain proper books and records that will enable that Minister to verify the accuracy and appropriateness of the income tax deductions and credits that the Charity makes available to those who receive charitable donation receipts from it. In the circumstances of this appeal, the Charity failed to provide the Minister with books and records that would allow the Minister to determine if the appropriate amount of income tax relief was being provided by the Charity to its donors at the expense of the fisc.

In our view, this basic requirement is foundational in the sense that the absence of proper books and records places the Minister in the position of being unable to meet her basic obligation to verify the accuracy and validity of the charitable donation receipts that the Charity has issued. Thus, it is apparent that this non-compliance on the part of the Charity is serious and justifies the Minister’s conclusion that the extreme sanction of revocation is warranted.”

If you have questions about your audit responsibilities or year-end timelines, please contact your local THQ Finance office (RAC) or Justin Yantha, Director of Financial Reporting and Analysis at Justin_Yantha@can.salvationarmy.org. Everyone’s support is needed to facilitate a successful audit and a smooth year-end.

The consolidation team would like to thank you, in advance, for your efforts and support in meeting the upcoming deadlines. For the complete schedule of dates, see “Key Finance Dates for 2016” which appeared in the January 6, 2016 issue of Money & Mission.

May 30 – Assembly of Consolidated Statements Begins

If your ministry unit is externally audited, please ensure that:

Why is Good Friday so named, when it is the day on which Christians commemorate the crucifixion and death of Jesus Christ? This name may seem counter-intuitive, since the day is typically viewed as a cheerless one by Christians, often observed with solemn services and rituals. There are different theories about the name, but the one that is supported by the Oxford English Dictionary and many language experts is that it comes from an antiquated meaning of “good”, which used to mean “holy”.

In contrast to Good Friday, Easter is a joyous occasion for Christians, celebrating the resurrection of Jesus Christ on the third day after His crucifixion. It falls on the first Sunday after the first full moon following the spring equinox (i.e., after March 21st) which can occur as early March 22 and as late as April 25.