I missed you all so much. We are flying right through the 4th quarter in music class. This nine weeks we will be applying skills acquired previously this year to become master musicians. Due to testing, First Grade's rotation time will change on certain testing days. This means that I will not see First Grade students on testing days; instead, Fourth Grade will attend my class. First Grade will be split between Ms. Buckley and P.E. on these days. Below you will find additional information regarding our learning goals and activities for the rest of this month.

Kindergarten students are focusing on applying their knowledge of steady beat and dynamics to playing instruments. The kiddos are having so much fun playing the circle game Acka Backa. In this game, one child who is "it" walks around the outside of the circle tapping each child on the shoulder to the steady beat. Whoever they touch on the last word of the song, is the new "it". Then, this child chooses a percussion instrument to play for the remainder of the song. Students have been given the opportunity to choose between triangles, egg shakers, hand drums, rhythm sticks, and clappers.

In addition to playing instruments, kindergarten students are continuing to practice using body control, developing their singing voices and matching pitch. For body control practice, we play several games that require both non-locomotor movement and locomotor movements. One of our favorite games that reinforces body control is freeze dance. In our version of freeze dance, students are given a specific body part to dance with until the music stops and the freeze. For example, I might call out "elbows" or "eyebrows". This activity gives students the freedom to move creatively which still focusing on isolating different muscles groups as they move. This game has been a huge hit!

Other songs and activities for this month include Bate, Bate, Chocolate; Walk and Stop; Disco Sensation; Look Who's Here; A Tisket, A Tasket; and Whether the Weather. Beginning this week, we will start learning a special song for Kindergarten recognition. 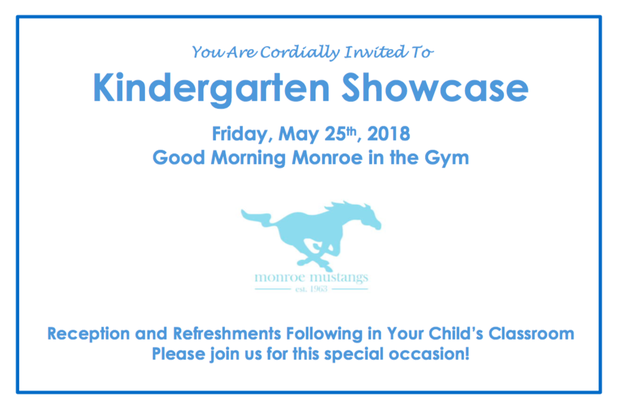 First Grade students are learning about music expression through dynamics and tempo. I am attaching a couple of short videos that you can watch at home with your kiddo to reinforce the concepts we are working on in class. I always like to add a creative movement element to music listening/viewing activities so feel free to allow your child to improvise movements that represent what they hear in the music.

Due to testing, on certain days, First grade will attend specials in the morning. This means that I will not see them and instead they will be spilt between Ms. Buckely and Ms. Blanco for music and PE.

I am so beyond excited to get to work with fourth graders over these couple of testing weeks. Each fourth-grade class will visit my room once during the testing days. WE are focusing on four main activites.

1. Bwana Awabariki- This Swahili rock-passing game is played by students in a seated circle, each holding a rock (aka an egg shaker). Students pass the rocks to a steady beat following a special pattern- "to the earth, to the heart, to the hand, to the friend" as they sing the Swahili words to the song. As students become familiar with the pattern, we increase the tempo to keep things interesting.

2. Look Who's Here- This is a standing circle game where one student gets to be featured in the center of the circle. The "it" student gets to do whatever dance move they want and the rest of the students copy their motion as they sing. Look Who's Here is a great game to get students singing and dancing. This game has been one of the kiddos' favorites so far!

3. Rabbit and Possum- I begin this singing game by telling a funny story and explaining the game to the kids. They sing the song which features question and answer phrasing as two children in the center act out the story. As the song ends, one student calls to the other with eyes closed to play a Marco-polo style game of hide and seek.

4. One Bottle of Pop- I have been so impressed by the fourth graders' ability to maintain independent parts in this three-part partner song. This song features a meter of three and melodic elements that should be familiar to fourth graders. The lyrics are silly and fun but the skills required to perform the song well are great for this age group.

I have had such a great time getting to know these kiddos and look forward to seeing them again in the future. Be sure to ask them about our songs and games!

Third Grade students are learning all about instruments of the orchestra! To aid student learning, we will use Sergei Prokofiev's Peter in the Wolf. Students will complete an active listening guide during this unit. By the end of our unit, students will be able to do the following:

1.Name the four instrument families of the orchestra.

2.Explain why Prokofiev connected a specific instrument to a character in the story.

3.Recognize a minimum of three themes in Peter and the Wolf.

Here are the characters/instruments in case you want to listen at home. 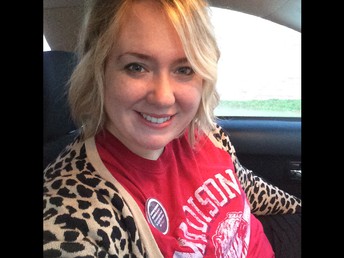 I love to hear from parents! If you have questions about our learning goals or activities, please feel free to contact me or visit our Monroe Super Specials Website!
egoodman@norman.k12.ok.us sites.google.com/a/norman.k12.ok.us/monroe-s-super-specials/mrs-shepards-music