Nora is using Smore newsletters to spread the word online.

Get email updates from Nora:

by Nora Estrada and Krystal Cepeda

by Nora Estrada and Krystal Cepeda

As a member of the 19th century philosophy, Karl Marx contributed profoundly to the founding of economics and has been described as one of the most influential figures in human history. His distint understanding (philosophically) initiated Marxism - the collective understanding that societies progress through class struggle. He was a German philosopher, economist, sociologist, journalist, and revolutionary socialist! 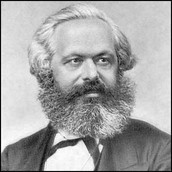 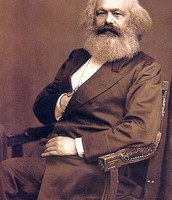 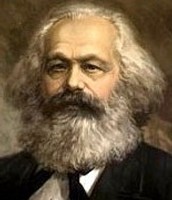 His Education and Work Experience

Karl Marx was first well known in the world of philosophy but in the mid 1920's, Marx turned away from philosophy, toward economics and politics. He studied law and philosophy at the University of Bonn and at the University of Berlin. When he completed his doctorate, Marx hoped to find an acedemic job but had already become too much of a radical thinker. He then turned to journalism and became very involved in political and social issues - which lead to his contributions to communist theory. Some of his most remarkable works/writing include: ‘Contribution to a Critique of Hegel's Philosophy of Right, Introduction’, and ‘On The Jewish Question’, were both written in 1843 and published in the Deutsch-Französische Jahrbücher. The Economic and Philosophical Manuscripts, written in Paris 1844, and the ‘Theses on Feuerbach’ of 1845, remained unpublished in Marx's lifetime.

Nora is using Smore newsletters to spread the word online.